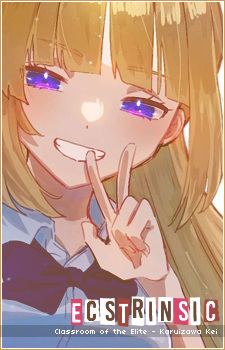 bonauditeur Jun 2, 2019 10:20 AM
Not completely stable in the good state but I try to maintain my mental health to a stable and good condition. So much has been on my mind and I do cry at night just to release the tension. overall everything is going as it should be. all cool.

I was reading webtoon for a few months back but I want to take a break for now. Currently watching Violeet Evergarden and random movies that I should have watched from many years ago.

Wish you best of luck on your work field. Working abroad sounds like a plan. Though they might require a few years of work experiences How long have you been working since you have graduated?

Rooringaaru May 14, 2019 8:50 AM
Lmao I never played his route unfortunately, although I still remember Yoosung's messages being rude af LOL
Did you ever play DmMd?
Yeah that part of youtube/niconico kinda died out. Listening to all those covers of the same song were fun times :')
Hmm I only know that Reol, Kradness & Soraru are now actually singers in Japan! The only one I listen to atm is Reol lol DECO*27 is apparently still pretty active in making new songs (which have decent amount of views)
Man that's a lot! It's harder with a big group to split up when someone wants to go somewhere else or doesn't want to do sth I've neverrr been to Singapore, would love to! Especially for the scenery and food 🤤 Hehe and idk I have a soft spot for iced coffee :') especially during summer
Damn yes what a mood, totally get u. Sometimes I think back at those popular BL mangas from some time ago, like Killing Stalking etc. and wonder what happened to them, 'cus I don't see anything from those mangas on Tumblr anymore ~_~
(even the snk fanbase kinda died out on that site..)
Ooo interesting! Are u going to? :D Even I am still pondering if I should study Jap for my minor next year. But it's a pretty hard thing to combine, or so I've heard. My professors never recommend to study both because it gets confusing with the characters otl. Hmm I'm actually surprised how well a Chinese anime did on the rankings! Most of them are pretty eh. Idk if you know this one? Quanzhi Gaoshou. And oh wow, are these fanmade or the actual story? BL novels sure are sth new to me LOL maybe I'll look into it someday ;) I actually downloaded the novel of Shinsekai yori some time ago, not sure when I'm gonna read that oops. You're a big fan of Sy too right? :D
Yeah you're right. I'll forever savor my time in school, it's the safest bubble in life atm 😅

Rooringaaru May 5, 2019 3:16 PM
Hhehe yess and same tbh :^) I found the color particularly very fitting with the 707 theme going on back then!
Omg sometimes I forget you had a Neru picture when we first started talking lmaooo. I recently listened to some vocaloid stuff again, man got me nostalgic.
Yep it was a class-thing haha a very small one, 8 students! Lol yeah and then there's me, still going for iced coffee when it's -19 Celsius ~_~ Ok but are you kidding? LOL that's like insaaaane, we would never have that kind of heat in Europe lolol. Highest would be like 30 °C We just always have some tsundere weather going on, weeks of fantastic sun and now grey grey.
Maybe :')) you're doing great atm LOL --how was Mo Dao Zu Shi btw, that's a big-ass rating yo. I'm planning to watch that sometime (?) uwu
Thank u dear

And most probably yeah, *inserts I hate uni, it's ruining me but still applies for Master's*

(on a side note: did u ever finish Ten Count, I saw on MAL that it's finished?)

Pirate May 4, 2019 12:49 PM
YYH was Togashi's series before HxH, so it's been finished for a long time. Lots of similar characters and themes, but Togashi's writing and characters are always so great!

I've been caught up to One Piece for about 6 years, reading it weekly. I did watch the anime weekly before that, but then the pacing just became unbearable, the manga is much much better.
I honestly prefer longer series, they have more time to develop their characters and worlds. Though some do drag on for longer than they should, the good ones just have you wishing there was more!

Just a health issues, but nothing is serious. I'm recovering quite well, thank you. How are you in general? Health? Anime life?

Your happiness for the job you've been working with will make the tiredness goes away. Whatever it is. If you do it by heart, we can always oppose the obstacles. Moreover, I feel proud of you for getting a job :hugs: Wish you all the best and wish you success too.

Pirate Apr 8, 2019 1:08 PM
yes, i never finished Bleach because the last third of it was just filler.
The Hunter X Hunter manga isn't consistent. It goes on hiatus far too often. Togashi pretty much just releases enough chapters to release a new manga volume every year (though sometimes there's no chapters for a year or longer).. so it's kinda like 8 chapters a year, which means that even though it's popular, it never had a chance at becoming one of the Big 3.
It was really good in my opinion! Same author as Hunter X Hunter, so there's a similar style in the writing. It came out before Hunter X Hunter though, so he didn't get to play a lot with it like how he does with HxH, but both of his series just feel unique. I'd recommend reading the manga of both series to get a more true experience of what Togashi wants to make, but their anime are great too!

bonauditeur Apr 8, 2019 9:43 AM
Sorry Ecs for this late response. I haven't logged in to MAL for months. And yea I am on twitter from time to time but aren't as active as I used to be.

What about you and your job? Hope you're doing good too.

Looking forward to hearing from you soon.

hahah who's character you like there? I like Dog-Bird, Ji-dwi and Ban-ryu :) if you like the king so much, he has a kdrama "Strong Woman Do Bong Soon" it's soooooo funny and cute!!! he's different in hwarang and Strong Woman. you should watched it after Hwarang! The best drama of Park Hyung-sik <3
https://www.youtube.com/watch?v=qkIEi5x-luU - bromance scene hahaha

Rooringaaru Apr 4, 2019 1:33 PM
Yo did u change the color of your replies btw? 😂 and you most likely looked at the wrong site LOL
Aww it was a nice experience! Really glad I went with my classmates, it made the experience 100 times better.
I still miss the food so much haha! It was so cheap toooo.. Shenyang is in the north though, so it got pretty cold during end November-December. Lowest we got back there was like -19/21 Celsius...
And well, all the different places we went to sure was a nice source for my stories on instagram lolol
Are you gonna do all the difficulties? :0 (I think u will though) hahaha 'think I'm gonna stick with the first 20 for now, exams are also starting soon so ~_~
Well if I want to study for a Master I need to study for 5 years in total (3 years Bachelor, 2 years Master).
I'm in my third year atm :) But I still have some courses left lol, so it'll be a little longer till I can graduate 😅

ac_eren Apr 2, 2019 5:45 PM
oh really? I find some people here love Kdrama but I can't get too close on them though, haha you can search Kdrama club here.
I'm not updated to kdrama now, too little time, Anime is more easier to watch.
you should try Hwarang :D

I don't like tragic shows because I'm too emotional, I will just cry and feel down, sometimes it takes time before I forget the sad moments :D
All Comments