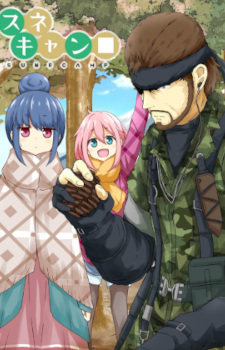 VincentHarkonnen Dec 26, 2017 8:55 AM
Merry Christmas and a Happy New Year, mate!
*gives you a massive headbutt for not sending a single message for almost a year, talk about Top 10 Anime Betrayals, only on WatchMojo.gov*

VincentHarkonnen Jan 20, 2017 5:26 PM
Well, I guess I don't even need to go into any bigger details whether the first game's good or not, because wow... No wonder that they've changed so much in the second game after the negative backlash (aside of the fact that the second game is a grimdark, edgy, serious game, or at least tries to be, you've probably already heard of the infamous Conquest ending where Nepgear murders the entire cast, it's so bad that even the actual heroines make fun of it in Victory, along with Nepgear being a bad protagonist in the second one) - you can't heal outside of battles, so your only way of restoring HP is to use items during a fight. The problem is that you don't use them yourself - the heroines do so on their own volition, you can just spend the so-called "Item Points" to assign them to a certain item to boost the possibility of a heroine using the said item, and even then, each item has a specific condition regarding when exactly can be used, for example, you can only use regular potion after your health drops below 50% and after surviving getting hit. And because Compa is the only heroine who can revive your characters until IF learns her own revive item ability at the level 40, you'll end up clenching your ass during each fight because enemies are programmed to target the heroine with least amount of HP, which is Compa 90% of the time. And once Compa bites the dust, you can't revive and your team gets mauled to death, because you can't heal between fights, so if you'll barely win a fight, the next one will open up with your party not healing becuase the girls need to survive a hit to use a potion and you'll get a game over because all of your heroines will be barely alive at the start of a fight. I swear, this game made me already hate Compa's character, I guess I can thank this game's healing mechanic for that... along with her squeaky voice which drives me crazy. It also doesn't help that in the first game, you're only limited to Neptune, Compa and IF, with 5pb, Nisa and Gust being DLC characters and the other three goddesses being optional characters you can unlock only after opening the last dungeon. And that's really too bad because I legitimately like those three DLC heroines more than the actual main cast, at least as far as the cutscenes they appear in go. And boy, am I eagerly awaiting playing Victory just to get to Plutia. *laughs* I do have to admit though, I really like the Cardboard processor unit you can equip on Neptune's transformed form in the first game - it basically replaces those things floating around her and pieces of her bodysuit with Yoji Shinkawa-esque mecha parts straight out of Zone of the Enders, except made of cardboard, which is an obvious nod to MGS. Granted, it makes you very weak against fire, but I still love the looks of it alone :D Also, gotta love the totally-not-dated-or-cringy humour based on 2011 memes, like giant enemy crab and stuff. I did appreciate the Resident Evil 1 joke, though.