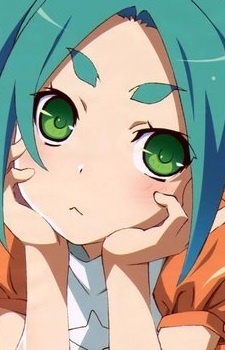 We both have similiar anime in fav 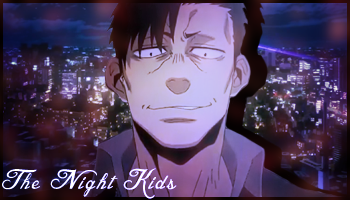 
As I'm sure some of you have noticed, RACE hasn't been very active lately
Part of that is my fault, I haven't been able to give it my full attention while being busy with moving and work in real life
However I think a big part of it is the fact that so few members visit the club
I mean we have nearly 2000 members.... maybe 20 active? total?
For a long time i was thinking about shutting down race and starting a new club with some new ideas I have
taking all the things i learned from RACE and moving on
MAL has changed since I first joined, most of my original friends are super busy and rarely around
But RACE and mal are still important to me so I have a different plan
A few people helped me come up with the idea so this is what's going to happen.
We're purging RACE.
You won't be able to access it. We're going to close it for a few days
Everyone in the members list will be removed
All the threads deleted (almost)
Everything will be started over. We will start over with a smaller club and staff
I have a lot of cool ideas for what is going to happen.
For those of you that are wondering about the sports festival
It wasn't as active as we'd hoped so we closed it.
The sports fest was my way of seeing if race can still be active and it failed
So now we're purging.
When we open back up there will be a new and improved Sports Festival!
It will be the Grand Re-Opening of RACE
please come back if you still love race like i do and want to be active
This isnt meant to punish the people that are around, or even the ones that arent
This is my decision
I need a reason to get excited and motivated again and I think this is the best thing for RACE
We will be Re-Opening on August 1st 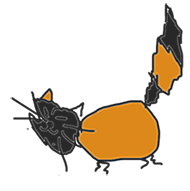 Hello Fabulous member of RACE!!
I'm really sorry to not be sending out individual messages to you all, but unfortunately I don't know all of you ... and im lazy x'D
BUT i made this Valentines Day Event in order to get the chance to tell people how much they mean to me :)
Every single person in RACE means so much to me, I'm so happy you joined the club even if you aren't active (though you should be :P)
It means so much that you've stuck with me even when the club died for a bit.
I never imagined that my club would get so big. When i first started it I was hoping to even get 10 people. 20 was beyond my wildest dreams xD Now I'm above 1600!! I opened it just because i had joined mal and seen cards and wanted to try.
I probably shouldn't have made the club as early as i did .... but now I am so glad that I did C: Thank you to everyone that has joined the club, it's been such a pleasure to me watching the club grow and seeing the new people join.
Especially thank you to the people that joined at the very beginning. I'm not giving you a special message because i dont have time but I know who you are and you mean the world to me <3
Thank you all for joining my family ^^ And I hope you'll stick with me for much longer ^^ You're all the best C:
And Happy Belated Valentines Day!!

Nbod62 Oct 8, 2014 9:03 AM
I see that you have one boxing manga as your favorites,so I recommend you read ashita no joe(manga). The drawing is pretty old since it was created in 1975,but it is great nonetheless. And since I assume you like comedies,I recommend you read one-punchman and mob psycho 100

Scrypt Jul 16, 2014 12:52 PM
If you've seen the anime for Cross Game you won't need to read the manga as the adaptation sticks closely to the source(and adds to it some extra scenes ie. like Aoba trying out for the girls baseball team).

There's another short manga Adachi wrote called Rough which is pretty good. If you ever get your hands across that one I'd recommend reading it!

By the way, have you just started to get into manga? Looking at your list there's a few gems I would love to recommend you try as I know you would really get hooked into some of them:

Change 123 - if you like action, this one is about an ordinary boy who one day meets a girl with a multiple personality disorder. It's fun to read and and can be heart-warming at times.

Mahoraba - another series that deals with a girl with split personalities but leans more to slice-of-life. At the end it can be a bit dark once you get to know the girls full story but it has an ending that will keep feeling satisfied with the overall plot.

Beck - this one I recommend to everyone who loves reading manga and into bands/music. There's an anime of it but it only covers the tip of the ice berg. It's full of drama and is about a boy who gets into music and becomes a lead singer for a band that eventually becomes big world-wide. Definitely a gem.

There's heaps more I can think of to rec but I have to get to work so I suggest trying those out in the mean time :)

Scrypt Jul 15, 2014 3:51 AM
Yeah I've read Katsu and whilst I do think it was good, I believe it could have been better. I've read most of Adachi's work mostly for the slice-of-life high school romance and if there was one series I'd highly recommend from his works, it would have to be "Touch". It's a fairly old series and even has an old anime which runs for about 90+ episodes(although I'd rec the manga over the anime due to a fair few stuff that was omitted).

In regards to his recent works, I think Q&A and Cross Games are the only ones I can think of.

whilst the series(Q&A) was shorter then some of Adachi's work, it was still a good read....I'd actually forgotten I had written a review on it lol