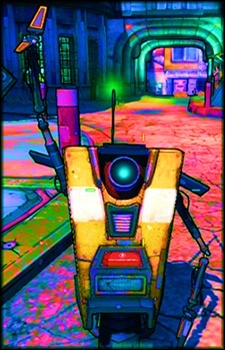 kyoudai Jun 12, 2019 11:31 PM
I've found that I'm listening to OPs more than I used to. Sometimes I'll let the OP and ED play when I'm doing other things getting ready to watch, and I at least get the music if not the animation. :)

I love every one of the main VAs, and if you notice my profile, Ayumu Murase (Kazuki) is my top VA -- not just because of his amazing range but because he's freaking talented. Every single voice he does is unique. A lot of male VAs (Jun Fukuyama is a good example) have their "boku voice" for younger, cuter characters and their "ore voice" for more manly characters. But Ayumu gives each character a voice all their own. It was a POS anime, but in Dorei-ku, I really honestly thought that Taijuu was played by a woman until I read the cast at the end. And he's only gotten better and better since his role in Twin Star Exorcist.

Ahh, Toi.... Last week's episode was was really tense and intense. Good thing we had the princess doing comic relief disshu. Felt so bad for him at the end, but yes, I agree he still sees himself as bad, and he can't seem to move past that. There was that moment, when the three of them were cleaning up their soccer area, that all three of them were nothing more than middle school friends having a good time together. Toi, in that moment, had forgotten all about being a supposed bad person, perhaps even forgotten about his brother. Enta had forgotten about his feelings for Kazuki. And Kazuki had forgotten about Haruka. Forgotten, at least, enough to just enjoy the moment.

Yes, you definitely need to finish BF. One of these days I'll actually get around to reading it. You're probably right, that there's less of a financial risk for BL anime these days. (But think of all the more ecchi/ero BL that came out in the 1995-2005 time frame, like Level-C and Sensitive Pornograph. Why don't they make any of those anymore?) They also can do things like Yuri on Ice, i.e., pandering which looks like BL to those who want BL, but doesn't have to be for those who don't. I think they'd have had a better payout if they'd actually committed to calling Victor and Yuri a couple instead of hedging their bets like that. Or, maybe I'm wrong, and they simply went for simple and understated instead of overt and direct.

kyoudai Jun 6, 2019 8:40 PM
Ahh... Yeah, that was a difficult episode for Toi, no question about that. Phew. Emotional. That ending was... ( ╥ω╥ ) All those smiling faces. Of course I captured every last one of them, but it didn't keep my eyes dry. One thing I'm really thankful and glad about is that Sarazanmai is translated really exceptionally well by someone who knows and enjoys anime. I have no complaints with the way they're translating it (unlike everything else I watch ;-P)

kyoudai Jun 6, 2019 9:05 AM
Ah, that's it. Thought it was instrumental, but now that I'm hearing it, nope, I remembered it wrong of course. Ah, I loved the whole lucid dreaming and out-of-body experience thing. Another older anime that I still clearly remember the OP for is Shiki. It was performed by Buck-Tick. I can still remember that too, without looking it up. I always loved it. I usually don't watch the OP and ED every episode of every anime, but that one I did watch the OP every time. I usually don't watch previews, either, because I hate spoilers that much. Speaking of Japanese musical things, are you familiar with Mafumafu and Soraru? I really love Mafumafu's voice. His cover of Sugar Song and Bitter Step (an ED song I will perhaps never forget) was fantastic. ^^ A big fan of Reol too.

Yep, definitely Toi. They've all got their flaws and their charm points, but Toi's particular personality is most likeable to me. And I absolutely love his droopy, sleepy eyes. ^_^ It helps that Uchiyama Kouki, his voice actor, is one of my favorites too. (Actually all three are VAs that I really like.) But yeah, I think it will be rough for him. Not just torn between going with Nii-san and the life he has known recently, but also with what happened with Enta (especially) and Kazuki, etc.

Doesn't it though? Maybe I'll look it up sooner rather than later and read it. To be honest, I'm not familiar with A Cruel God Reigns, but I'd say that Heart of Thomas is her most well-known work.

I know.. but so glad it did, and it was a masterpiece. If you look at my anime list, with over a thousand entries, only a handful are rated as 9 or 10, Banana Fish being one of them. I think it's more that newer studios are taking on somewhat "risqué" works because no one else has traditionally, which both gives them a niche to establish themselves in and also endears them to specific demographics. But I admit that it's just a guess on my part. Whatever the case, I'm glad for it.

kyoudai Jun 5, 2019 10:11 AM
Ah, that's true. I had forgotten about the sounds and music in Ghost Hound. I remember the OP had this really energetic instrumental jazz tune, didn't it? Lots of drums and tenor sax. Ack, after I finish watching something I often forget all the details about it. I'm surprised I remember that. It was definitely one of the more unique anime I've seen.

Hmm.. I haven't read it, but really want to -- Marginal. There was one I remember reading, but I can't remember what it was... And I don't remember much about it. But I actually haven't read a lot of her stuff.

I know what you mean. Mappa also did Banana Fish, which, well, enough said. Then CloverWorks did DakaIchi last fall, which I would call one of the most sexual BL anime I've seen without nudity.

kyoudai Apr 21, 2019 2:10 AM
Let's see... What I remember most about it is the general weirdness, the especially weird psychiatrist, and a lot of silent moments. There wasn't a lot of (any?) background music, but the OP theme was really pretty cool too. I didn't realize it at the time I saw it, but it was also one of Ono Kensho's earliest roles.

That would be nice, but I don't see it happening, no. Have you read any of Hagio Moto's other works? Yeah, MAPPA make some pretty good stuff. I generally haven't paid a lot of attention to which studios put out which series, but sometimes something comes along that makes me really think that I want to see who made something so that I can look for other stuff of theirs.

kyoudai Apr 19, 2019 6:16 PM
You're the only other person on mal I've seen who appreciates Shinreigari: Ghost Hound. It's been forever since I watched it though. I should give it another viewing. And I really loved Thomas no Shinzou too.

(watches Ishimaru's MMD dance) Wow, Ishimaru... I had no idea you had such an amazing ass!

jepifish Jan 18, 2019 7:29 AM
It seriously spoils the final scene between Konatsu and Yakumo wherein he talks about how parents traditionally plant trees for their children in their gardens so they grow as their child grows, and how he regrets not doing that for Konatsu. Can't reconcile that scene with the idea of him sleeping with her. Yoikes.

jepifish Dec 1, 2018 3:36 PM
I saw your comment on an old Shouwa Genroku Rakugo Shinju forum about how if Shin is Yakumo's son it would mean Yakumo groomed Konatsu, and I'm so glad that you said it too!! I cannot believe how many people are A-OK with this potentially being canon. However, I refuse to entertain - or romanticise - the idea of such moral depravity.

Thank you for your blessed comment. So rare to see on this trashy site negl.