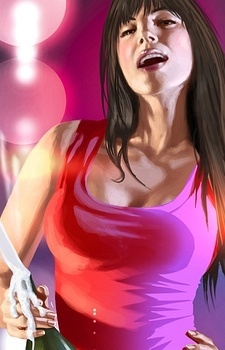 gebels Sep 24, 2020 1:43 AM
because I like your anime list from which you can pick something interesting to watch :3

PixelPenguin Apr 15, 2020 6:32 AM
Hi Alchemist. Back in 2016 you said you might still be looking into finishing the Before Green Gables sub. I know it's a long shot, but is there any chance that might still happen?

lanblade May 1, 2019 1:35 AM
Hmm they all have ARR's name affiliation so the go-to nyaa torrents are probably going to be duds. You can check a site like Animebytes since they function like BakaBT but don't require eng subs for the anime to be included on the site.

Speed Story finally watchable, hype af. I can't wait.
Well done of you to notice my tags to see I was indeed interested in watching it.

What brought this onto your radar/ how come you decided to sub it?

I'd be honored to do a QC gig for ray=out.
Thank you for asking.
Send me some files on here or discord and I'll get started when I can.

How come you're coming to me, and not a QC you usually work with?

Gintoki_007 Oct 22, 2018 10:38 PM
just for a guidance I really liked your smile taste so it's really helpful, I kind of gets stuck which anime is should watch next..
All Comments