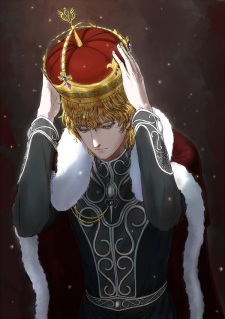 MichaelGracio May 9, 3:39 AM
True! I was hoping that at least Re-I was on your list, though.

I came across your profile through your Acca:13 review that I accidentally stumbled upon through the OP. It is said everything that ensue is a coincidence upon coincidence and honestly, I am beginning to believe it.

MichaelGracio May 7, 7:59 AM
I don't think I'll see the day when you finally decide to add some waifus to your favorites.

CzeroC May 5, 5:11 PM
Yeah it happens. I don't mind though, we're literally exchanging "letter" here 😂. And I see you still have random "fans" dropping by, not bad 😂

I keep having Blade Runner ost running in my head for a while now, the atmosphere of that movie is so unreal.

Yeah pretty much this. Back when watching stuff felt like conducting an expedition or some sort lol, now it's more of a chore to me for some reason, I mean I can still occasionally find a decent watch but there's just something lacking.

I'm waiting for Megalobox 2 to end so I can binge watch it, for serious stuff like that it's the only way for me to focus and enjoy I guess. I did hear some great things about it already so I have some expectations for it.

Kingdom is just too huge, I don't think the anime can ever catch up to the source but so far they are doing fine work, just not as hype and gory as the manga. I'd still highly recommend reading the manga since it feels a lot different compared to the anime, mostly due to execution.

Well, it was all over long ago but I didn't get a graduation ceremony due to COVID ROFL, but meh not like it matters to me anyway since I finally landed my first job so whatever.

Anyhow, the current season has some potentials in fact, I'd love to recommend Vivy: Fluorite Eye's Song but I don't know if you can tolerate the idol-ish vibe lol. However, I can at least say that it has the courage to "experiment" some rather intriguing themes, just like Akudama Drive did at the end of last year, but the difference is that Vivy has better execution, more fluid animation, and superb sound design as well radiates a lot of famous Cyberpunk fiction's vibe (dare I say Blade Runner even). The major downside is how it often relies on fast pacing to skip explanations and thus gives leeway for plot convenience which feels like lazy writing. But yeah, give it a shot if you have some spare time, the first 2 or 3 episodes should be enough for you to decide whether it's worth the time or not.

StevenDavereaux Apr 27, 12:01 PM
I think enjoyment should be taken into consideration when rating a show. Most people rate a show just based on how much they enjoyed it, ignoring the flaws of a show. Personally, I don't think that's a good way of rating a show but I can understand where they're coming from.
Anyways I can somewhat understand your ratings better now. But do know that your way of rating a show looks very negative in the eyes of other people.
I recommend trying to take enjoyment into consideration when you rate a show. It'll be a lot more fun looking back at a certain show in the long run.
Cheers.


BTW u hvae a nice taste

crex2 Apr 10, 9:09 AM
YOU WATCH 700 EPISODES OF ONE PIECE AND RATE IT A 4 THEN WHY EVEN WATCH IT YOU WATCH THE WHOLE ANIME BUT RATE SO LOW ARE YOU SLOW IN THE HEAD

StevenDavereaux Apr 7, 4:24 PM
Is the only enjoyment you get from watching anime to write a horrible review afterwards criticizing every part of the show after finishing one? It's really sad to see you continue watching anime when all your reviews tell me you clearly didn't like any of the shows. You rated animes that many consider masterpieces low. You'll see this as a weak argument because everyone has their own opinion of course. But how is it possible that you didn't consider at least one out of the 300+ shows you watched a masterpiece or close to a masterpiece. Unless you enjoy giving low ratings and criticizing the creators of the show there's no other conclusion I can make.
Do yourself a favor and stop watching anime.

JohnThicc Apr 6, 3:06 PM
I always stumble across these profiles and think to myself, does this person actually like anime, your mean score is a 4.53, you obviously don't like the medium very much. And I know, respect peoples opinions and shit, but it gets to a point where I feel bad for the person, suffering while trying to intake as much anime as they can, even though they obviously detest. Go outside, find a new hobby that you'll enjoy

FpsArena Apr 2, 6:14 AM
"I usually avoid watching slice of life because, in most cases, the story is nothing special and the pacing is slow, leaving me unsatisfied and on the brink of falling asleep in front of the screen."

"3-gatsu no Lion is a show that I found difficult to finish and that made me constantly feel like I was wasting my time. I would not recommend watching this show unless you are a fan of the slice of life genre or you want to fall asleep."

Wow, I relate so much with these statements with both march comes like a lion and LOGH.
Are you going to review the fast paced LOGH?

JosephJoestar21 Mar 28, 2:38 PM
Yeah, it's been a while :v, I missed your great reviews! I started college and have been watching anime etc! Glad to hear you've been good! Hmmm expanded my horizons huh? I guess I have haha! Well this season had some pretty decent anime I would say! Some are new seasons from old anime and some new anime, I would say Attack On Titan season 4 is great, then there is Wonder Egg Priority and Jobless Reincarnation (it's an Isekai but it's actually done right), they stood out to me this season. It's okay no worries! How else can we talk besides on MAL? Ergo Proxy was truly a masterpiece it was very unique I can remember it vividly up to this day! Do you have any recommendations? I know u have great taste! Stay safe man!

ronan_iroha Mar 24, 11:11 AM
I finally found it: the account that discouraged me from giving scores and reviews

Wwaddee Mar 22, 2:21 AM
he so fucking underated the songs :F even he didn't see the sub of the songs most anime songs are not just decent are perfect -_- you just an Hollywood fan + american pop fan not an anime fan you just trashed most of the anime out there
but i laugh when you give attack on titan 6 6 both season 1, 2 but the third season what is the best 4 :F interesting
give the three greatest anime death note, steins gate and fullmetal 7 rate how the rest xd
All Comments