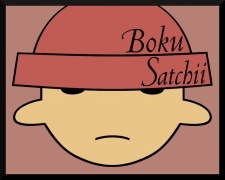 Flawfinder Aug 11, 2013 5:42 AM
Sees score you gave. NOT LOW ENOUGH! (LOL). But seriously, this week's episode was just a recap. Wow is the production for the second season bad.

Eh, I dig the humor in Turning Girls, but I can see why some people won't.

Flawfinder Aug 7, 2013 7:41 PM
Turning Girls dropped at 4/7 episodes and given a lower score than Monogatari -> 0% compatability

Osaka > all, I loled at the reaction of the guy in the turtle stand in the summer home episode, priceless.

Is Nichijou worth watching? The "cute girls doing cute things" one I mean. I heard that besides the comedy it's a relaxing trip, if one doesn't get bored in the process.

IVRIVS Oct 19, 2012 12:44 PM
That's partially how it goes after my top 4, to some degree. Overall, it gets pretty solid after that, but there are always a handful of protruding qualities that measure a lower nine's anime rank equally with the higher one, but to me it seems only natural that there should exist a cycle, considering the fact that there really shouldn't be too many nine's in the first place, so as not to make your list of favorites devoid of any limitations for value. Other than that, after all of my nine's, most of my highest eight's are like all over the place. It wouldn't be exactly right to exclude them from what you generally call your "favorites", yet their lower scores put them in just the right spot of inferiority towards your top series.

Ha, yeah, only I would say "exhausting" at worst, in the sense that it makes you feel sluggish and empty-minded, which is the equivalent result of watching dumb dating series on television. I literally felt drained before putting YYH on-hold, and that's exactly the kind of feeling that is meant to be avoided when watching anime "seriously". Man, I better stop torturing myself with works that produce a negative effect on my healthy side, enjoyment alone just doesn't seem to satisfyingly cut it for me.

I've been seeing covers of the manga with the edge of my eye ever since I can remember, and I have no idea about what it presents of itself. It seems that "stylish" would be the most accurate word to describe it, adding to your description, but I have no plans for it in the foreseeable future. YYH proved to me that I should be careful with what I wish for (shounen).

I know that feeling, only for me it dates way back to the Cartoon Network, Toonami, Adult Swim days when I was ten years old, living in the USA. Those years were pretty much the best in my life, and anime only added up to all of the enjoyment it was filled with. DBZ, segments of Gundam, Kenshin and mostly other action filled cartoons such as Teen Titans, Samurai Jack, etc. were part of everyday life for me.

IVRIVS Oct 15, 2012 1:22 PM
That's pretty much the same case with me. I personally can't do without two digits standing beside one another in a sorted favorites list, so it all starts out with my top 2, and then solidifies with the remaining 2, aka the strongest nine's. It's so simple, yet when I write about this, it feels like I'm exploring the infrared structure of comprehensive precision, lol.

That's close to how I feel about YYH at the moment, I just can't stop watching this very average show. It's almost like a side-effect you get when you accidentally lay your eyes on a peculiar series: no matter what you think about it, the end result must without a doubt be its absolute completion. I guess I'm more annoyed about the comparatively empty feeling it leaves me with after every episode, which often rivals with my enjoyment level and at times can make me feel like I'm waisting a lot of time. This usually applies to every mediocre "addicting" series in my case, which is why I prefer not to start any. But in this case I'll just let enjoyment take over, I mean I am watching a shounen CLASSIC after all, so despite everything it's got to be worth it.

So you usually watch anime with friends huh, that kind of stuff ceases to exist around here. The audience with which you choose to spend your time with is for the most part highly immature without any clue about the topic. It really depends on the people, but I personally couldn't imagine myself watching anime with someone. Well, serious anime to say the least.

That's pretty cool. I feel like my knowledge of the English language is sinking with every passing month due to my lack of consistent dialectical expression. Verbal communication is excluded entirely what with me living in a foreign country and all, so writing these comments and reading English literature is the only thing that pushes me forward.

I actually forgot to mention Soul Eater, and only noticed this shortly after sending my comment. It has the kind of popularity that will catch your attention regardless of what you watch and how much you dislike shounen, so I've had it in my distant ptw for quite some time now. Kuroku no Basket looks disposable without even knowing too much about it, so I've already erased any possibilities of considering to watch it in the future. I'm still as moderately curious about Space Bro's as ever, it looks like the kind of thing that does what it has to accurately, and the score just keeps on rising.

So what made you decide to start a blog if you don't mind my asking?

IVRIVS Sep 8, 2012 2:03 PM
Yeah I've pretty much decided on that already. The only other truly good existing shounens out there which I haven't seen yet are most likely Slam Dunk, HxH/(2011) and hopefully Yu Yu Hakusho. Detective Conan is way too long, although I heard that watching at least 50 episodes or so would be worth anyones time. It's strange, I never thought that the amount of worthy shounens would decrease so drastically. Back in the days when I had only completed a handful of shows, stuff like D Gray Man, Hitman Reborn etc. all seemed cool and dynamic, now they're just obvious filth in the cesspool of the garbage section in the anime industry. I just might read the Ranma manga some day though, I heard it was better than the anime and quite entertaining.

Back in the days FMA felt so much more than being a simple anime series, that I had fallen a victim to this addicting gateway drug. I never really have any problems with most Bones endings. Whenever a show reaches its climax point, it develops the risk of tumbling downhill depending on how rugged the closure is, but with Bones, I always feel either satisfied or fascinated by its conclusions. I agree that at times it can ruin a show and stop it from getting a much higher score, yet the amount of enjoyable features and progress invested into other aspects such as the characters and themes has always prevailed my senses of righteousness in seeking a more proper sequel to a story. I become so satisfied with everything that happens up till that point that I leave any other curious elements just drifting on auto-pilot. Although, no matter how strange a Bones ending may have appeared to have been, I never once noticed any distracting or lacking of common sense moments according to its niche in its presentation, in comparison with the shows I give 3-5 to for example. If looking at it objectively, I guess that underlining these moments as either 'cliche' or 'oversimplified' would be the most proper thing to do. So tl;dr, they can rightfully be applied to FMA's ending as well.

IVRIVS Sep 7, 2012 3:15 PM
Thanks for that, you explained it so solidly that I now find it even more difficult to choose out of the both :D I do believe that I'll stick to the shounen version in the future though since I doubt that the old HxH series is hardly comparable with the original FMA in terms of the quality level of the drama, story, characters and atmosphere. And it does seem like something that is meant to be shounen all the way, so I should probably just interpret it accordingly.

It's the same with me for manga, although I always need a special momentum to start reading something, hence the low amount of completed works in my list. Oyasumi Punpun and Yotsuba are definitely something I'll be looking forward to in the future.

So I started watching Aria, and I've gotta say, it's very satisfactory despite it's simplicity. It feels like a weak version of YKK with, as you already said, its primary focus being centered at upbeat and calming moments. This makes it special and at the same time, lacking of some requirable additional features that would make it prosper quite promisingly if used properly. YKK would be the perfect example of the superior version in the means of heartwarming presentation with a mature note as well.

I actually wanted to ask you, since you seem to have the experience of comparing the both: is HxH (2011) like the Brotherhood of the original FMA series (with characters lacking vitality and becoming as dry as paste in the long run) or is it just the same as the original HxH only based on enhanced visuals and sound? And which of the two can be considered the most atmospheric? I'm currently in the shounen kind of mood, and the first two episodes of Yu Yu Hakusho didn't exactly live up to my expectations, so for now I'm placing my hope on this "praised" and highly scored series.

tehvanquisher Jul 5, 2012 8:34 PM
Been a while. I re-read your post on Texhnolyze and reflecting back on it, in that series the characters did stay the same. You wish they could move and learn to change but there was no way. Based on people I've met, some folks hold their core to the bitter end whereas others change.

As for Renmei, it's one of my favorite 10s as well. The way in which they held their composure...it's all symbolic to me because there is no destined purpose except going to a place that no one is sure of in a town that no one is really sure of either. That's the beauty of it, living through the tough times even when the intent and goal is not clear. Just living to live.
All Comments