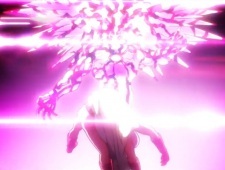 klaw31 Apr 30, 2022 2:09 PM
I knew you'd love it! A-1 Pictures always knocks it out of the park with Kaguya-sama. Definitely can't wait to see what the rest of this season has to offer, especially the rumored "best material" in the manga.

klaw31 Apr 29, 2022 10:08 PM
Ah, okay. Well, unsurprisingly, I've been enjoying Kaguya S3 a lot so far! We're only 4 episodes in, but I'd say that it's on par with the previous season. However, people in the forums have been hyping up this season in particular believing that it'll cover one of the best parts of the manga, so it may very well end up being better than the last two seasons! Though I haven't read the manga myself, which means I can't exactly validate any of the claims, so make of this what you will, haha.

klaw31 Apr 29, 2022 2:48 PM
Hey, Blue, are you planning on starting Kaguya S3 sometime soon? Or are you waiting to binge it all at the very end? 'Cause I've noticed that it's still sitting in your PTW list.

klaw31 Feb 25, 2022 11:49 AM
Definitely. I didn't think about it before you mentioned it, but the Fruits Basket reboot treatment would be ideal for Spice & Wolf: Starting over at the beginning and adapting all content properly without skipping any all the way 'til the very end of their journey. If only reboots of that kind were more common in the anime industry though... Instead, nowadays all we're getting are heaps of subpar manga/light novel chaff that are less focused on creating enthralling stories with proper endings, and more focused on prolonging theirs for monetary gain. Which the industry uses to its advantage by prioritizing quantity over quality, leading to tons of new anime that fade into obscurity soon after being introduced.

That being said, I don't actually know very many series that need reboots aside from a few, like the Fate route that Studio Deen butchered back in the day, and a real Tsukihime anime that'll both, hopefully (if ever), be adapted by a more competent director than the one that helmed the ufotable adaptations of the Fate series thinking it was a good idea to deprive the story entirely of inner-monologues. Seriously, Nasu's writing shines through the inner-monologues in the original visual novels—it's so meticulously detailed and conveys the thoughts and feelings of the protagonists super well, which allowed for us to so easily empathize with them. Removing them was probably the worst decision ufotable could've made. It's like if Shaft decided to adapt the Monogatari series without any of Araragi's inner-monologues, which is a terrifying thought.

But I digress. Regardless of whether the newly announced Spice & Wolf anime turns out to be a reboot or not, I think I'll be happy either way. More of Holo is always a good thing!

klaw31 Feb 25, 2022 1:46 AM
Holy cow. This month has just been one surprise after another! I was already extremely grateful for the YKK English publication announcement last week, and then, out of nowhere, we received confirmation for a new Spice & Wolf anime today!! Though we still haven't been told whether it'll be a sequel or a complete reboot yet. Personally, I'm hoping for the latter just to see all of the old content re-adapted with a fresh new polish to them, as well as to include Volume 4 without skipping it like the original did.

Natsude_tanaka Jan 30, 2022 2:46 PM
uzui is basically like rengoku, they failed to make us emotionally attached to these characters and its annoying. i was hype for this season man but bruhhh

Natsude_tanaka Jan 30, 2022 2:08 PM
tbh everyone in this season is really useless and tanjiro is the one that carrying them, uzui so far has been a big disappointment, and the wives serves no purpose other than to please the boner lmao

Natsude_tanaka Jan 30, 2022 2:02 PM
a lot ppl really love this season but i still struggling to understand what they enjoyed? lol the first 4 ep was a waste of time.
this arc shouldve been a movie tbh

klaw31 Jan 23, 2022 1:05 PM
Good point. As much as I like Ranking of Kings, it's quite a stretch to consider it a nominee for the 2021 Anime Awards when there are still well over 2 months left until it finishes airing. And Jujutsu Kaisen cour 2 being a nominee is just nonsensical when you consider the fact that its 1st cour won the last AOTY award; I'm sensing some awful bias from Crunchyroll. Anyhow, I think Vivy and Megalobox 2 would definitely be good replacements for JJK cour 2 and Ranking of Kings. Was thinking about including Fruits Basket: The Final as well, but it's already been nominated for 4 other categories, so I guess it's fine.

klaw31 Jan 22, 2022 11:05 PM
Y'know, I wouldn't be surprised if they purposefully chose not to include Mushoku Tensei as a nominee for AOTY, despite how popular and generally well-received the first cour was, just to save face. While I personally have nothing against the anime itself, out of the 6 nominees: 86, Attack on Titan Final Season part 1, Jujutsu Kaisen cour 2, Odd Taxi, Ranking of Kings and Sonny Boy, Mushoku Tensei probably holds the most controversy to its name, something that naturally invites a lot of toxicity and such. If it were to win, which it very likely would have, there'd be lots of joy amongst fans, but also an equally large amount of hate from the opposing side that sees the anime as problematic, and in extension, Crunchyroll, for allowing Mushoku Tensei to win AOTY. I hate to sound like a pessimist but that probably wouldn't end well for Crunchyroll's reputation (as tattered as it already is) knowing how volatile people can get on the internet.

...Or maybe I'm thinking too hard about all of this, and maybe Crunchyroll just wanted to give lesser-known anime like Sonny Boy a veritable chance at winning AOTY by removing strong contenders like Mushoku Tensei from the nominees. Who knows? I certainly don't, but I decided to type all of this out anyway, haha.

klaw31 Jan 22, 2022 4:13 PM
Thanks for the friend request! I'm a lonely person on this site, lol. Anyway, it's been a while since we first talked, mainly because I rarely find myself having anything of substance to say, and this Winter season of 2022 hasn't made it easy for me, what with its stale lineup and all...

By the by, have you heard of Crunchyroll's 2021 Anime Awards? If so, what do you think about the nominees? Despite the amount of categories to vote from, the selection of anime seems pretty sparse, if I'm being honest. I know 2021 wasn't the greatest year for anime, but this year's Anime Awards is only exacerbating that fact due to a lack in diverse choices. Personally, I'm hoping either Odd Taxi or Sonny Boy wins AOTY. I also hope Kobayashi S2 wins in at least 1 category, because, whatever your thoughts on the story may be, I think it's undeniable the amount of love and care KyoAni put into the production of the anime.

Ryuseishun Dec 6, 2021 4:45 PM
I actually agree with your Moriarty Part 2 review.
When I initially finished it, I thought it was really good at first. Then it occurred to me that there was still more stuff going on in the manga to where the hastily implemented arcs held less value than I initially thought. The ending was okay but weird in how there wasn’t much setup to begin with.

klaw31 Aug 11, 2021 5:01 PM
That's actually a surprisingly nuanced perspective. Honestly, I wasn't able to come to that conclusion when watching weekly. I guess the symbolism kind of flew over my head.


But what you're saying does make sense in that Legoshi's complete acceptance of himself was part of what gave him strength to fight for his beliefs/against Riz. In retrospect, looking at it through those lens justifies Legoshi's decision after all. However, I still think that it would've been a lot more rewarding to see Louis overcome his survivor's guilt through hard work and/or sheer perseverance. In any case, my opinion of this sequel has definitely improved now.

Thanks for explaining it to me, I really appreciate it! I'll raise my score of the second season by one point just for this. Keep up your reviews, Blue!~
All Comments