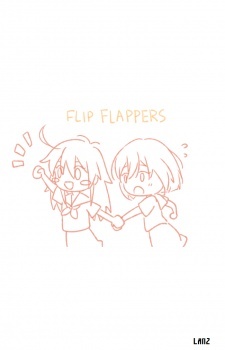 Baby_Penewine May 5, 7:04 PM
im curious, how often do you give a perfect 5 to episodes? i took a quick look at your list and the only one i could find was gakkougurashi, anything else?

Black_Sheep97 Aug 4, 2019 5:23 AM
Actually liked the black and whitening of science part and the opposite side stuff i think you're referring to , it created an interesting dynamic between the villain and the MC. I'm not sure what counts as mediocre writing for you or what counts as compelling so won't argue that, but I found the series compelling so far and more creative than alot of it's contemporaries. In terms of shounen ,I think it's good as a story in grand scheme of things it's above average.

I wish you a great day!

I already get a feeling that he doesn't want to lose LOL because he wants his opinion to win.

(Oh and don't mind me I'm just passing by. You can't comment on my profile anyway since I restricted it just to my friends only for safety measures)

KilledbyCuriosty Aug 18, 2018 10:31 PM
Not living up to a predecessor is most definitely a criticism of a show and is the basis for many failures across all industries. When a market becomes over saturated like, say, the FPS genre of video games the problem is generally not found with the quantity but rather the quality in relation to the high watermark. People don’t really complain that we have too many games, what they’re saying is that there aren’t enough that are better than something from 10 years ago to justify the sheer number of soulless copies being made.
When it comes to Yuru Camp the direction fails to live up to Aria’s precedent while the overall atmosphere absolutely pales in comparison to Hidamari Sketch which it borrows heavily from at times. While I would say Yuru Camp is less boring than some of it’s contemporaries (which isn’t saying much nowadays), it is also much more grating and irritating. There is such a thing as going overboard with cuteness and Yuru Camp simply doesn’t understand that, basically slapping a sign that says “This is cute. Enjoy it” in the viewer’s face. It shouldn’t require an art shift to make something cute and if it does you simply aren’t doing it right.
Also I’m not saying the show looks bad, but it’s very jarring for the backgrounds to be in a more realistic artstyle than the characters proper, although that is a complaint about a lot of anime of this year, it’s a lot more pronounced due to the color choices making the characters pop right off of the very dull environments.
All Comments