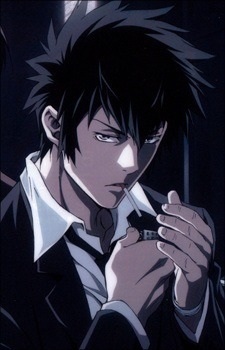 DenkiDestroy99X Apr 21, 2019 8:45 AM
hard to decide between Steins Gate and Code Geass
i rewatched code geass 7 or 8 times and steins gate 3-4 times if i remember correctly

I've seen all of them actually, just didn't finish Golgo 13 so i didn't put it on my list, i enjoyed it but i don't think i'll finish it
because i don't remember which episodes i skipped xD i watched in 2nd screen which was possible only due to a function of a certain video player and not all episodes were available there, i know i got to ep 40, but i think i skipped somwhere between 6-10 episodes, since its episodic it didnt really matter
but i might go back some day, i mean every episode is just golgo being a freaking badass savage killing people so thats kinda nice

DenkiDestroy99X Apr 20, 2019 8:45 PM
yea its gonna release in july so yeah, i think it will be great, although im guessing it will have a bad rating in the beginning and once its halfway through and the insane plot twists show up the rating will most likely increase. At least if they adapt the whole Manga, which should be more than doable in 24 eps.

my favourites, in that order^^ (CG, SG, AoT)
because i can watch them again and again without getting bored
how about you?

DenkiDestroy99X Apr 20, 2019 7:55 PM
im looking forward to Kanata no Astra this Summer because the Manga is one of my favourites
Apart from that Attack on Titan obviously the first ep airs in less than 10 days so im quite excited for that >:)

DenkiDestroy99X Apr 20, 2019 7:32 PM
im fairly decent thanks for the fq :)
Any Anime you are particularly looking forward to this Year?

yura_marinette Apr 3, 2019 9:38 PM
Thanks for accepting my request! I think I found you on someone else's who watched Naruto Friend list (Or if you were watching Naruto). I can't really remember the person. If I see someone's profile pic and recognize the character I sometimes click on their page and follow them lol. Again, thanks for accepting my friend request!:)

SadMadoka Apr 3, 2019 11:25 AM
I know what you mean. I have a dark past, but it's the type of thing I would be hesitant to talk about even with my closest friends.
Exactly. It was literally exciting vs boring.
I would honestly be shocked if YYH didn't make it to your favorites. It has the same creator as HXH.
Speaking of...here's my merch! https://myanimelist.net/forum/?topicid=1756073
I watched 16 episodes of Akagi in a row last night/morning until my body gave out. :D
(Edit: I saw all 26 episodes within 21 hours.)
So what's with the Psycho-Pass pics? Have you secretly seen the anime without listing it? XD
On that note, I don't see Fate/Zero (which is right above Psycho-Pass on my favorites) on your list either, yet there's a pic of it on your profile.

SadMadoka Apr 2, 2019 6:29 PM
The first post of your new thread almost sounds like the beginning of a dark anime, with the main character introducing us to his disturbing past.
Given your profile pic, I'm surprised you (apparently) haven't seen Psycho-Pass. (Which nearly makes it to my top ten.)
You have very interesting favorites! They reminded me that I've been meaning to watch Akagi, so I guess I'll watch that next, since I'm a big Kaiji fan.
Rainbow is actually the most recent anime I binged. I was impressed by the first half or so, but the tone shifted so drastically later on that it felt like I was watching a different anime. One of my friends suggested I read the manga.
I'm impatient for the Youjo Senki movie. It came out in February, but only in Japanese theaters. No idea when it will be available with subs.
I get the feeling you'd love Shinobu Sensui from Yu Yu Hakusho.

InsaneJester Aug 14, 2018 2:10 PM
Not much, actually. At the moment I'm listening to music, but generally just playing a bit of sunless sea and trying to finish a few anime.
How about you?

May the lord rain down his blessings on thee !! Amen