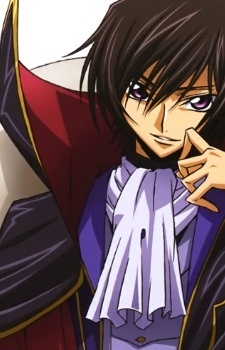 Geshtinanna Aug 12, 2:52 PM
I can understand. There have been some pretty big waves crashing around, and you've got to be wary of the undercurrent lol.

Yeah, there's the cyberpunk style going on as well. I think it's probably the epitome of that aesthetic. Just another reason to feel intrigued by it. Let me know how you get on with it, if you ever decide to dip your toes in the water.

The Ghost in the Shell movies and series are some of the best adult anime out there. They're thought-provoking and intelligent. The main cast of characters are really memorable and engaging - Togasa, Batou, and Major Kusanagi. I've seen the first Psycho-Pass season and it's a bit reminiscent of that, although GITS came first. There's an exploration of technology, politics, and philosophy, in it. Major Makoto Kusanagi is a very intelligent, strong-willed, independent, and charismatic, female lead. It's really quite rare that you get to see a female lead like her in anime. I'd start with the original GITS movie (1995) if I were you. After that, it's the first Stand Alone Complex season.

Geshtinanna Aug 10, 9:45 AM
Nah, I used to have discord, but it didn't really do it for me. It's OK if you're not on here all the time. Don't feel bad about late replies. Someone once took 2 months to reply to one of my long messages lol. Talk whenever you like, really. I've made friends with a lot of people (FYI - nearly all my MAL friends were requests to me) but after an initial bit of back and forth chat, it usually dries up and they disappear, never to be heard from again. My philosophy is to reply to whatever turns up. I'm quite popular, so I have more than enough to keep me busy on here. No one is obligated to become a lifelong friend. It's usually just a casual kind of interaction, with maybe 10 people being regular longer term friends. The path things take is up to you :)

Geshtinanna Aug 9, 9:52 PM
I really liked Alfhein as well, but Aincrad was probably my fave. I thought the franchise went downhill at a slight gradient as time went on. I'll go into this latest one with an open mind, though. Yeah, there's a little story behind why I watched the 2nd season first. Not long after the dubbed version was first released a random online site flashed up an advertisement with something like 'click here to watch THE NEW SAO'. It was in the times when I hadn't a clue about streaming sites lol, so I didn't even know how or where to stream the first one. I watched the second season on this site specifically dedicated to it, then went out and bought the 4 separate DVD sets for season 1 from HMV. I really enjoyed them at the time and have some good memories to savor :)

I'm a fan of the good olde days of SAO. My fave female lead is Sinon. The first SAO I ever watched was the second season and I loved it at the time, some 5 years ago. Asuna vs Alice? It depends on what they do in this latest installment, Underworld part 2.

Get that rest. Goodnight, buddy!

Geshtinanna Aug 8, 11:29 PM
Thanks for the request. I see you quite like SAO. Do you prefer Asuna or Alice as a female lead?

SpiritBridge Jun 24, 4:25 PM
Do not exaggerate jaja, I am also trying to learn more difficult things to do, but in practice I can do new things c:

Xnovazero Apr 1, 4:04 PM
Lelouch is one of best protagonists (antagonists). I love his charisma :D

Xnovazero Apr 1, 2:03 PM
Thanks for accepting the request :)