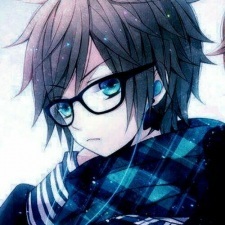 elooscar23 Jun 14, 2020 12:29 PM
I'm sorry that I didn't answer back in so long, been with so many messages, waching anime and also busy, tha I just completely forgot about this comment (happens me a lot with few users don't worry it wasn't you lol)

And allright then! Here are some suggestions then:

- Neon Genesis Evangelion: Since you liked DiTF a lot, you might like this one too. Imo it's an iconic anime to watch in the genre and hard to miss, so I'm defintely sure you'll enjoy it.
- The Fate franchise, due to its amazing world setting and ammount of historical characters/legends personified and great story developments. Best start with Fate/stay night, it's not the best anime in the franchise, but the best starting point for sure, simply because it was the first Fate series written and adapted, and introduces you best to the setting,. After this, the next recommendable to watch in the series is Fate/stay night: Unlimited Blade Works, then Fate/Zero, and by last the Fate/stay night: Heaven's Feel movies. All them represents the main Fate cannon, so you can go later with the other Fate in any order, although I wouldn't suggest to watch Fate/Extra: Last Encore anime, given its a sequel to a whatif bad ending of the original Fate/Extra novel, and that novel wasn't adapted yet, so you wouldn't understand it much unless you played the Fate/Extra novel before.
- JoJo's Bizarre Adventure: You most likely have at least heard of it. It's a classic and must watch imo, has tons of memes and cultural references to places or thought their characters names. It's hard to miss it really! First part can be a bit slow paced though.
- Fullmetal Alchemist: Known for being one of the best rated series of all time, or particularly, the Brotherhood version of it, this series is really one of those series that needs to be watched once in lifetime. It's got basically every anime genre on it, from action, drama or comedy to magic, fantasy or even terror, it's an amazing series which has good ammount of plots, emotions, spectacle, fights and such a memorable premise going for most of the show whichs basically relates to nature's laws about equivalent exchange. Prefferable to start by 2003 version.
- Steins;Gate: Also known for being one of the best rated anime, this anime is such a spectacular series which at first might seem crazy enough due to how its MC is a crazy scientist rambling about ridiculous plots, but the show comedy is so great, and the plot itself is amazing, due to how it gets to revolve arround the idea of time travel, and later on unfortunate events happens as soon as they get closer to the truth. It's got an amazing character and plot development, and it's so well developed it doesn't even have any plothole on it.
- Re:Zero kara Hajimeru Isekai Seikatsu: If you like terror/fantasy/isekai, you can't definetly miss this one. This one has an amazing character development and is packed with many emotions, it can sometimes get painful enough, but definetly exciting. It's one of the best and most acclaimed isekai series there is.
- Kono Subarashii Sekai ni Shukufuku wo!: Yet another amazing isekai series, which is more comedic and lighthearted instead overall. This one is unlike most isekais though, for mocking itself the genre and its tropes either with its own characters or the ammounts of jokes the show has. Its humor it's not 10/10 by any means, but you probably will crack a laugh or two out of this show.

elooscar23 Jun 5, 2020 9:30 PM
Sorry for the late message, thanks for accepting me dude. Watching anything lately?

Also let me know if you want some cool animes suggestions, seen your list and some of the ones you liked and would love to give ya some recs myself.

PS: I'm sorry that I forgot to send it in message.

The Newbie Club
Kimetsu no Yaiba Edition
Thank you for requesting!!
Use Ctrl+F for any trouble finding the cards
Find your cards here