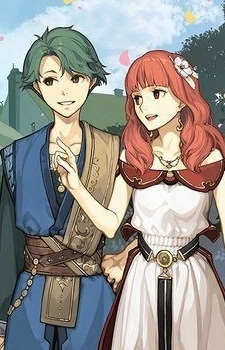 Benkyo Feb 7, 11:32 PM
That's good you're fully vaccinated and hopefully everyone in your family has been safe. At this point I've gotten used to how everything is like so I'm cool with everything now. :P Was just more annoyed with the idiots that lack common sense.

Raised keyboards are the way to go! Nice that you got a better replacement.

Damn that's expensive, though I think I bought my current one for around $1300-1600 IIRC, but its been lasting me a good few years so that's the important part. Now that your computer is all good and set up, hopefully it'll last you a long while and will do what you want it to.

And hopefully you've been doing good overall and nothing shitty has happened.

Benkyo Aug 7, 2021 3:10 AM
Ah I see. I'm definitely assuming you're completely vaccinated now and hopefully you and your family's been safe especially now that the delta variant exists apparently. :/ I was getting close to not wearing my mask in public until I heard about that so it sucks to see we're going backwards but oh well I guess.

Ooh nice! Sucks that your G keys are so far but as long as it's fine otherwise then that's all that matters. I ended up getting a wireless mechanical keyboard myself, about a month or two ago. I mostly use it when I wanna use my computer on my bed lol.

Damn, I didn't know it's that there was that bad of a bot and scalper problem. :/ I hope you were able to get all the parts you need at this point, though! I don't any hardcore gaming on my PC, or just anything hardcore in general, so I guess my computer's technically fine, but you can also tell it's slooooowly dying out.

Oh gotcha haha. It's still nice to get something in the end though!

Benkyo Apr 27, 2021 4:21 AM
That's good to hear that everyone's been working pretty consistently for the most part! Hopefully your dad's been safe considering he has to go in often, apparently.

Seems kinda odd that the teacher would be strict about making everyone follow the standard typing method since I feel the main thing that matters is that people can type fast and efficiently but I understand it can help when first learning how to type. I do hover typing too now I think about it, and it's funny coz my issue for not doing standard typing is the complete opposite of yours. My fingers are too big so if I were to keep all my fingers on the keys, my fingers feel all strained coz they're all bent too much for comfort and then the keys that are close to my fingers makes it even worse.

Ah okay. I ended up not getting an ultrawide monitor since I don't do too much on my computer to really need something like that, and my 2 monitors are good enough so it saves me some money. Building a new pc would be fun! Do you know how to build one from scratch? I need to upgrade mine too coz it is slowly dying, but I have no idea about this stuff.

Your coworkers actually give you presents for Christmas (if you were to actually be working ofc)? I can only dream of getting anything from my coworkers lol. Getting things for yourself is always the best gift so that's good that you got something haha.

Thanks! I just got my first vaccine shot (pfizer) on Friday so I'm glad about that. Not so glad about the symptoms I got but most of them are gone now thankfully. Besides that, I've been good otherwise

Psychedelicious Apr 5, 2021 7:08 AM
Yeah there is still much hate going around because it didn't fulfill at its promises and people were too hyped I suppose.

France isn't really against the vaccine since people are gettnig vaccinated bit by bit, but they're not accepting all of them. I'm okay being vaccinated to be honest, I just want this shit to end and live again you know?
What about you? Also do you have a discord? That'd be easier to talk on it.

Psychedelicious Apr 2, 2021 10:17 PM
Yeah me too. I've been playing a lot recently. I've recently been playing Hitman 2 and I'm getting in Deus Ex: Human Revolution. Love the OST! I've also played the first Witcher for a while too, and as you can see on my new profile picture, Cyberpunk 2077 regardless of the hate it gets. I really enjoyed it overall.

I wish I could work, I don't work remotely either and it's soon 2 years I haven't found anything and it's kinda annoying me.
But I gotta fight hard to find some in France. I hate the government's strategic, I apply to a lot of jobs, nothing ever gets to me. I'm getting tired of this shit.

Psychedelicious Apr 2, 2021 7:10 PM
Hey that's true. I've been not watching anime since a while.
Recently been trying to get into it again :)
I'm doing fine even though covid is really starting to get on my nerves.
Though I'm not sick and everything's alright family-wise. I'm hoping the same for you! How are you?

Xhoru Feb 8, 2021 5:02 PM
Yeah of course I use discord. You should know me by now, I'm a gamer after all :3 Let's see, well I will send you my discord on private then. Just add me and we can talk there daily or something. I'll be a lot easier. If your sister wants to add me, she can to

Uh oh! I knew you would get a gaming chair eventually... which brand did you go for? Secret Lab??! :O

Oh I'm not surprised. Some Gacha games aren't made to last honestly. I only play two Gacha games currently and I spent money on it once in a while. Not like that though because I understand how Gacha games work and how power creep comes into the picture.

I’m glad you got into Genshin! I really think it’s a good game honestly. I love the story for some of the characters. I love the art style. It goes by the resin system which most people do hate, but I think it’s fine to prevent me from playing so much lmao. I can just do a few runs and relax.
Anyway, about the security issues. I never got hacked yet. My friend has though, but he got his account through customer service by giving some of his account information to Mihoyo. I think it took him about three weeks until he got his account back, and since then nothing as happened. All I can say is in order to not get hacked, you just don’t give out too much info. I feel like my friend got hacked because of whatever link or whatever info he put out on Genshin.
With that being said, I’m still spending money. I usually buy the Welkin and Battle Pass. Then I save Primos for banners I want to summon on. I chase for 5 stars that I while going for GOOD 4-star characters that will help my team. I think I spent 100 on the game so far. I was supposed to spend more this week, but I got super lucky and managed to pull 3 “5” stars in 80 pulls including a 5-star weapon from the weapon banner haha. This was the first time I had amazing luck on Genshin so I’m blessed!

I always go into… don’t fall for the META, just play who you like and who you enjoy. A lot of characters are good in their own way. Bad characters do exist though, but other than that… everyone else is strong and useful.

I can help you in the game and give you advice, I have a lot of knowledge in that game lol. I’ll share that later on Discord. And play Genshin on PC lol. It’s so much fun that way.

Wahh Animal Crossing?!!! You should see my Island lol, I finished it last year in May and never touched it since, but now when I see others… the creativity added up so much and everybody’s island looks so much better. Let me know if you ever want to visit mine :D
Well… for Genshin nothing really, I was playing it for fun because I had different characters compared to my main lol. But I recently dropped that account and decided to not go forward with it. My second account is getting higher AR level and it’s getting harder, which means I have to invest more time to get my characters stronger, in which I don’t want to do it anymore. So basically, now I just use the second account every 3 days to farm resources for my main account such as ores and whatever specialty materials to ascend characters.