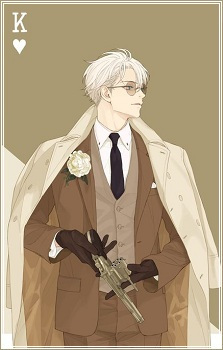 BannedAkko Aug 24, 12:14 AM
I don't like Nanael for her appearance. Though I do appreciate a flat stomach as much as the next guy. What I like most about Nanael is that she is an Angel (represents my beliefs) she wants a harem (represents my past and present relationships) and she has extroverted thinking (always has an explanation for her choices / actions). She is the only waifu I have ever had. It took me 10 years to pick a waifu lol. I don't know the characters that you mentioned except for Saber. Or I might know what they look like just not the names.

BannedAkko Aug 16, 12:20 AM
I haven’t read your last profile comment just yet but I will.
Made a new thread.

BannedAkko May 2, 1:33 AM
I saw this documentary / movie called Zeitgeist and it talked about how the story of Jesus has been told in other cultures and religions over time. You mentioned some of this before. Do you think it is just another trick by the devil to confuse everyone?

Asena Mar 26, 4:18 PM
hi! I randomly stumbled upon your acc and immediately noticed the gifs in your layout. it looks a lot like annarasumanara but I don't remember it ever being animated like that, where exactly are they from?

SamHandwich Mar 7, 10:04 PM
I guess I'm gonna have to finally pick up Vinland Saga, a friend was telling me about that. I was curious about Dr. Stone, it sounds like Fullmetal Alchemist. Never heard of Kengan Ashura but I'll investigate it.

I really liked Kabaneri and the Iron Fortress. It felt like a Miyazaki AoT! Humanity is trapped inside walled cities, linked only by armored trains. One day the walls are breached and the MC gets bit by zombies. He has the brilliant idea to cut off circulation to his head so his body has zombie strength but he's still himself. Don't know how this doesn't suffocate him, ha ha. Anyway, his hometown is overrun and most of the show is them trying to get to the capitol train station while they're getting besieged by zombies at every roadblock.

I'm juggling Nier Automata, The Sims 4, Death Stranding, New Vegas, and Overwatch. I'm tired of Overwatch, but none of the clones for it have kept my interest and I have friends who play it.

What do you play? Any franchises you're loyal to? Hopes for the next gen?

About Tsuki ga Kirei. It's a decent romance overall with some wholesome interactions, but I didn't think it really did anything special tbh. The ending was obviously emotional and satisfying, and I liked their unique way of storytelling for the ending, but I didn't think the show really earned a higher rating imo.

SamHandwich Mar 3, 4:10 PM
Most to least?
Welcome to Hanwell > Alien Isolation > Home Sweet Home > White Day (Remake) > Dreadout > Dead Space 2 > Araya > Monstrum > Dreadout Keepers of the Dark > Resident Evil 7 > SOMA > Stay Close > The Forest > Darkwood > Through the Woods. They're all good to play, but some are spookier than others. I omitted some low-budget PC games from the list because they can be janky.

I'm probably missing some, but that's what comes to mind. My problem is that I haven't watched my mandatory 2 anime for the season. What's hot right now? Besides titty monster brothels... I couldn't believe that was the event of the season when I came back to MAL, not that I'm complaining.

SakuraSymphonia Mar 3, 8:15 AM
Thank you, and they are very pretty!

I have seen cherry blossoms IRL, but not necessarily in Japan. It's not too commonly known but every march there is a national cherry blossom festival in Washington DC which I was able to go to a couple years back and it was spectacular, I'm hoping to go again sometime in the future once I'm through with school.

It's not known too widely but my favorite flowers are actually Hydrangeas, mainly because they remind me of my Grandmother whom I'm very close with, and also has beautiful hydrangea bushes outside of her house that I helped take care of in the past. So that is why they're my favorite, since they hold a special meaning (and they're very beautiful as well).

moonmins Mar 3, 4:43 AM
Noooo I don't recommend 'Love, Rosie' anymore
Regret is not the 'ongoing theme' (I might be using an incorrect word), but the theme is more abt bad timing
I feel like I wasted 1 hr 40 mins tbch

SamHandwich Feb 29, 9:47 PM
Outlast 2 has very cool highlights, but a lot of the game is an absolute drag. Not in the sense that it's boring, but more like there are invisible "Go here or die" prompts that result in you dying in the same spot 10 times. That's one of the few games I'd recommend watching somebody else play, since they have this book of revelations playing out in front of you storyline to spice up the inadequate gameplay. This is coming from a guy who loved the first Outlast.

Alien Isolation is better for an Alien experience than most of the movies. It borrows exclusively from the first movies' aesthetic catalog. Expect a lot of hide-and-seek, but the Alien is much more tricky than the typical patrolling enemy from most games. One of the best parts of Isolation is when you encounter areas with terrified humans and you get to decide whether to drop them yourself and let them live, only to get slaughtered by the Alien while screaming for their lives.

Evil Within 1's good if you liked Resident Evil 4. Probably the best bosses of the 360 generation. EW 2's an open-world game... It's easier and the story isn't as good, but it's worth playing.

I only played Layers 1. This game did shifting rooms and mind-fucks better than any other game. There are so many rooms and almost every one has something crazy happening in it. As expected, paintings are the primary vehicle for scares, but plenty of objects in the environment mess with you as well. Make sure to play it on PC to avoid very low framerate.

I didn't play Visage for long because of PC issues but the basement had me freaking out.

Dreadout was this new developer's game, and you can tell. Act 0 is the demo, and you can skip it. It doesn't really contribute much. Act 1's strong and act 2's stronger. They have two sequels... Keepers of the Dark is all boss fights against ghost thots... That's all it is, boss fights. Playing 2 right now. If you end up liking Dreadout, there's a game that's so similar to it I can't believe it's not the same studio. It's called Home Sweet Home.

SakuraSymphonia Feb 29, 7:01 AM
Thank you! Each part of my username holds a special meaning to me!

the Sakura part of my username is simply because cherry blossoms are my second favorite flower, also because I see my personality similar to that as a flower, someone who can grow and open up under certain conditions.

the Symphonia part represents my love of music, while I don't currently play any instruments and I'm far from the best singer. Symphony can also be defined as different favorable elements made into one wonderful thing.


So that is the long (and short) of how I came up with my username, also I'm a large fan of alliteration too :3c