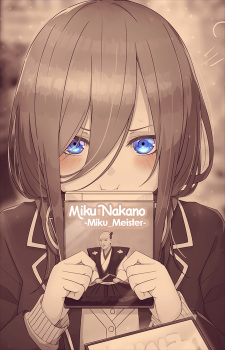 Rules
1. If I have not spoken to you before then forget sending a Friend Request. Please talk to me first.
2. Depending on how the conversation goes, if I like you then you get accepted. Not happy then bugger off.
3. If I have removed you by mistake/accordingly then my apologies.Please let me know and I will respond when available.
Thank you

SemillaMinoria Today, 4:14 AM
Oh wow secret possible husband? That's the wildest thing ever! I was always upfront with anybody I met that I had a fiancee and had no intention of replacing her or getting into an emotional affair or anything. I was being pushed to decide whether or not I was goign to choose my girl or choose trans women. In the end I decided that I have had enough of meeting with those other people. Deep down it just doesn't feel right. So me and my girl have gotten back together. So now things are looking up and we're both feeling a lot better now.

adil10 Yesterday, 9:23 PM
yeah me too
Iroha from oregairu?

ArtoriaEvergarde Yesterday, 11:38 AM
well thx, I have to do physics online rn and it is just a burden lol, so much work yet so little time to rest

PandaUwU Yesterday, 10:06 AM
Oh haha, yeah I`m not sure if that'd make sense or not. What was your favourite fight from the Fate Series?

Crow_Black Yesterday, 8:56 AM
They get a free mal supporter as a perk, but mal supporter is just well features that should have been made free in the first place like what anilist does.

Now thats strange, he had to re-send it a second time to get it submitted? even that of itself sounds pretty weird like even manga/animedb mods are pretty biased as is the forum mods too it seems.

Eh.... not really 2 fond of oregairu tbh its really just another generic slice of life romcom at the end of the day and well its just not my cup of tea for me personally.

Johan is still active but not to the degree as b4 it seems. And yeah like i've said you already won when the moment they've started insulting you and blocking you online.

Doubtful given the current state of affairs with the mods and userbase its only going to get worse from here. I believe so as well that many of ipe's victims left mal because of harassment and that goes 4 many people during the decades this site has been online 4.

Yeah i'm still really angry about him being bullied off this site even today and its given me a really big reason why i just don't like visiting this place as much as i used 2 anymore.

Its entirely DDDAISUKI's fault along with many others 4 them being banned and i have no sympathy at all 4 them whatsoever if they do get permad.

Its always the same thing again and again with CE and this is why i just well completetly given up on that section of mal along with FG.

Doubt whoever is going to take the vacant spot is going to be any better, could be an fg user for all we know banning people they don't like at all.

LightWorker Yesterday, 7:43 AM
It's the only one I have so it's quite precious ^////^
I wear it outdoor and indoor, but especially outdoors as it's very warm and I tend to get cold easily. Nobody seems to know who she is (Junko) or what's she from anyway.

Crow_Black Apr 16, 1:42 PM
Somewhere around current events, there was a thread about a user killing himself on camera and it must have been deleted a long time ago by now.

Crow_Black Apr 16, 1:41 PM
I noticed that there's one less mod on the forums now it looks he/she have retired recently i can't remember which one it was though. Whoever is going to take their place i have a very bad feeling it can be anyone especially the more politically minded users who'd just ban anyone who disagrees with them permeanantly and those kinds of mods are the worse. Just look at resetera and you'll see what i'll mean.

Manga/AnimeDB mods are really needed as there's alot of stuff that still needs to be put in the database but things are hardly passed through and take like forever to get on the database.

LOL yeah i''m not surprised at all either alot of users would have went with Oreki or Hachiman. As many people in the online otaku community idolizes these guys 2 the death and if you say anything negative at all about either of them you're going to get flamed heavily. Your guess is as good as mine i assume they're trying to be like them to see who can outdo each other in who can be the biggest d-bag.

Johan is a total asshole and soon as you've just countered him he had nothing more to say and even if he did it would have been an insult as the sooner you insult someone, the sooner you lost the debate.

Idealily speaking blocking and ingoring would have been the best and only solution but around here and knowing how the mods love 2 play favorites on this site. Some of these guys could be protected by the mods so getting them banned would be really harder than it would normally be so there has be alot of female users who left the site due to sexual harassment around here.

I have an inkling he's the guy who bullied andthis/murrin off from this site since i've seen him just bully and sexualy harass other users as well and since he was taunting me about him leaving i can easily tell he had a part in it so i'm keeping an closer eye on this guy so he can be permabanned along with many other users from this site once and 4 all.

Yeah that is the best course of action staying off the toxic sub forums like ce or fg.

ArtoriaEvergarde Apr 16, 10:56 AM
sigh... almost done with this harsh period so I will just grind through it, could still watch a few eps per day so not a big deal

also what happened to Ninotard lol? I saw u commented rip on his profile XD

Crow_Black Apr 16, 9:44 AM
Oh and by the way i've already reported DDDAISUKI and another user 4 like making a really nasty thread one was about anti semtisim and the other was about well just general really bad shitposting and even Futari No Ossan is smarter than he really passes himself off to be as i've seen him go in-depth with the topics he makes and if you look at his youtube channel, he's really good at content creation as well.

You don't really see much content creators around the site as alot of people here are just well neeting shitlords.

Crow_Black Apr 16, 9:40 AM
You ever noticed how the mods hardly ever post on the forums? well in any other forum they can still make the time to post every so often, but on here, its just so restrictive that they don't even post unless its like fg out of fear of being banned by their own rules like. The rules have really and i mean really have gotten alot worse over the years and also the forums have just well alot of good posters have left in favor of discord,kitsu and anilist instead of here some of them even make up their own lists on excell because of how just really bad this place has gotten over the years.

You know i've heard about a user killing themselves live on camera and how another user plotted to kill someone few years ago according to Traed. And also DEG and another older user told me that there was alot of RPERS trying to be like Oreki and Hachiman a few years back as well too.

Plus there was alot of introvert threads as well still is today and also the community was pretty elitist i mean Johan is still around and is still cyberbullying alot of people around the forums still. And there were some users who were into some far right stuff and got into some shit behind thes scenes a few years back as well bernkastel or something like that.

I also heard about simps/whiteknights like Hopeful Nihlist and yeah manaban already told me about that guy already. Now about the simps/whiteknights yeah they were hounding and clinging on female users like crazy and i don't really see much whiteknighting/simping these days but it still does happen around here and i feel bad for the female users since they are being orbited 24/7 by these creeps.

Its all best just to avoid CE alltogether because of how ignornantly idiotic these people are.

The mods are really just all in all a complete disaster 4 this site and we really need a new mod team all across the board and also get rid of the restritctive rules once and for all too.

LightWorker Apr 16, 9:25 AM
Quite hot and sunny dunno the exact temp tho, am wearing cords also lol
All Comments