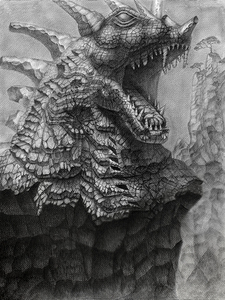 The official website of the KJ File short anime announced a sequel on Sunday, revealing a key visual (pictured). The anime is scheduled to broadcast in January 2023.

Produced by ILCA and yell, the short sci-fi anime aired in 13 episodes in Summer 2022.

Synopsis
The story is set in a world where unique kaijuus suddenly begin to appear in various places around the world. Members of the United Nations Monster Observatory will explore a world where kaijuus with great powers and humankind live together.