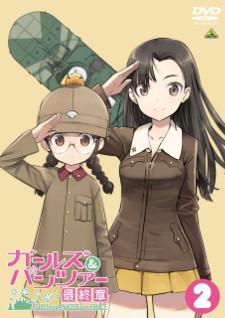 The official website for the six-part film Girls & Panzer: Saishuushou announced on Thursday that the Blu-ray and DVD for the second film will also contain an OVA episode, titled "Taiyaki War!" The disc will go on sale on February 27, 2020.

The first part of the film series opened in 59 theaters around Japan in December 2017. Part two premiered on June 15 and ranked fourth in the box office during its opening weekend.

The wait is too long