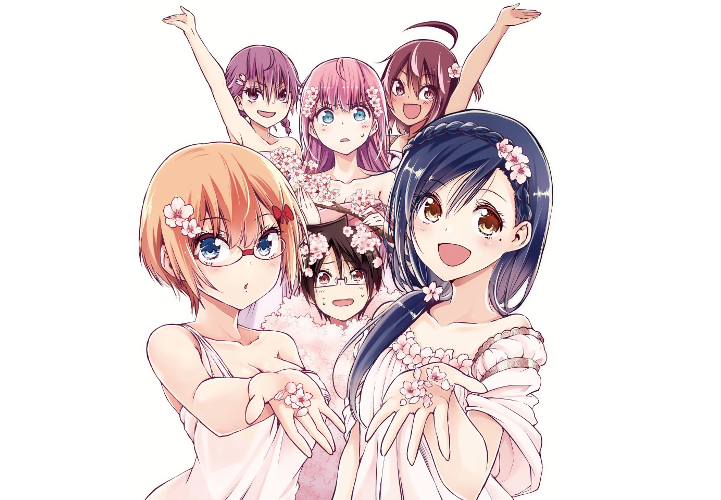 The official Twitter account for the anime adaptation of Taishi Tsutsui's Bokutachi wa Benkyou ga Dekinai (We Never Learn) manga revealed on Tuesday that a second OVA episode is in the works. The new episode will be included with the manga's 16th limited edition volume, shipping on April 3, 2020. Pre-orders for the limited edition volume will be accepted through January 29, 2020.

The 25-minute episode will feature an original premise where Fumino, Mafuyu, Uruka, Rizu, and Asumi are taking part in a wedding ceremony. Tsutsui is providing a new manga chapter, and a "precious memories" illustration card for the bundle. He will also be supervising the episode.

The romantic comedy manga began its serialization in Weekly Shounen Jump in February 2017. The first OVA will be bundled with the manga's 14th limited edition volume, which Shueisha will ship on November 1.

Silver and Arvo Animation produced the television anime adaptation that premiered in Spring 2019. Aniplex of America licensed the anime and simulcast it on Crunchyroll, Funimation, and Hulu. A second season began airing on Sunday.

I’m looking forward to it!

lol they reused the last cover of WNL on Shonen Jump from months ago which happened when the anime was about to debut into the OVA illustration.