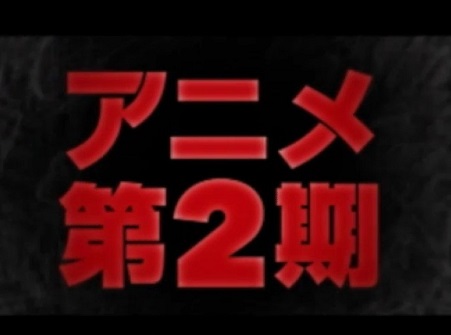 During the special screening event of Mob Psycho 100 Reigen: Shirarezaru Kiseki no Reinouryokusha on Sunday, it was announced that the Mob Psycho 100 TV anime will get a second season. The staff and cast members will reprise their roles.

Written and illustrated by ONE, Mob Psycho 100 was published via the Ura Sunday manga app from April 2012 to December 2017 for a total of 16 volumes. A spin-off manga titled "Reigen" will begin serialization in Shogakukan's Manga ONE app on March 19. The series received a 12-episode TV anime by studio Bones for Summer 2016, followed by a summary Reigen-focused film that was screened during the said event. Additionally, the series spawned a live-action film adaptation released via Netflix, followed by a TV broadcast in January this year. The series centers around eighth-grader Shigeo Kageyama's, also known as Mob, attempt to live an ordinary life hiding his psychic abilities from the public due to its negative impressions of him.

Announcement
Note: There is no YouTube mirror available yet. Please click here to view the promotional video.

According to Anime NYC and Periscope Live via official anime Twitter account, the anime will air on Mondays at 23:00 (11:00 p.m.) via Tokyo MX (followed by BS Fuji and ABC TV) starting January 7, 2019. Key visual is also revealed.
https://natalie.mu/comic/news/308355

It seems like it will be on CR, too?

World Premiere during Anime NYC on Saturday November 17 (NY time), too, it seems?

I need to get on watching season 1. I have heard good things from friends.

This ll be great I can't wait to see some of the epic stuff from the manga get adapted epecially the urban legend ;)

More hype for this than OPM's second season. Retaining the studio that can do ONE's manga style justice is so clutch

How the hell did I miss this news.

The greatest news ever!!!!!

One of the announcements I've been looking the most forward to! I can't wait now.

yes!! I'm glad i did not read the manga

U made my day :DDDD

tsubasalover said:
The staff and cast members will reprise their roles.

THAT'S ALL I NEEDED TO HEAR.

STUDIO BONES CAN TAKE LITERALLY ALL MY MONEY.

I can't wait for it!!! This is great news, I was wondering when will get they started with second season 😁

i'm really really happy because that means more mp100 being animated but i'm also equally terrified cos i know we're all gonna suffer by what's to come,,,, ;v