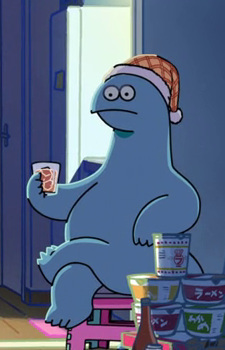 ItsYaBoyShikari Jun 19, 9:38 AM
I do know of them. I wouldn't suggest using them though based on my dad's experiences though. Poor customer service when things went wrong down the line.

2shizukasensei88 Jun 8, 4:52 AM
Do you know the fastest (yeah I'm on the rush), way of learning Japanese good enough to read some Manga?

ItsYaBoyShikari Jun 7, 4:45 AM
Thanks, they've only got the normal version on Amazon music.

Mochi_Man May 8, 5:19 PM
Yeah it's night and day with the movies. It's a shame because I can only think of how great Revenge of the Sith could be if Anakin was written as CW Anakin. Also if he didn't just complain about Obi-wan all of episode 2 imo. I was glad Clone Wars let us actually see them as friends. Word on the street is that Hayden is being cast for the Obi-wan disney+ series. If they're doing some sort of flashback I hope we can see Hayden nail him with a proper script coming off clone wars improvements of the character.

Mochi_Man May 8, 5:00 PM
Yeah. That and his scene with Padme were remnants of an arc where they wanted to show his frustration with the war dragging on leading into revenge of the sith. I guess kinda to develop his motivations for falling a bit more down the line when he ends the war by purging the jedi and separatists leaders. It does still come across I think but would have been interesting to see what they could have done with the full arc.

I wish they managed to get this scene into S6 somehow since they never finished this arc either: https://www.youtube.com/watch?v=6UwklEWJvmg

Mochi_Man May 8, 4:06 PM
The siege we got is definitely different from the original ideas I think because they already made Rebels with continuations for Mandalore, Ahsoka, Rex and Maul. I kinda doubt all three would have survived clone wars if it finished normally. I thought all four episodes were great though. Was mostly surprised about how short the actual "siege of mandalore" part was. They probably could have gotten an extra episode in there if they smushed the spice arc a bit. Bad Batch is interesting as they released the unfinished versions years ago and it is pretty consistent other than the fact that they added Anakin in due to the loss of the planned arc where he was meant to kill Trench.

missanthropy Apr 13, 1:49 PM
thanks for the advice. i spent the last hour fixing all my sets, hopefully they look better.

Yeah, I'm better now. Hoping I did have CV as I was in contact with somebody who has officially come down with it a couple of days ago. It also killed the father of one of my workmates. Amazing how something can kill 100k people and it only feels real when it affects you.

They look interesting. Thanks.

Cowabunga Apr 3, 8:58 AM
Sports anime sure does a good job at making sports I don't care or know anything about look exciting.

I see. Thanks for the suggestion.

Cowabunga Apr 2, 5:27 PM
If you're wondering whether I'm watching the One Pace version or not then no.

Chaet Mar 28, 1:00 PM
Oh yes, they tend to share different behaviour and relationship when around
I honestly liked both Kagura's and Sougo's grumpiness when together

Yeah, and they even used real names for historical figures, like the Tokugawa Shogunate leader Ieyasu and his allies as characters in the show in one of the arcs.
I was studying Japanese militarism in school this semester and so noticed that. It was fun, especially seeing such historical figures interact with each other as ghosts lol
I found Gintama humour mostly absurd, but surely enjoyable
I laughed a lot while watching it actually hehe

Oh I see, I'm actually curious to see that
I plan to watch all seasons, so hopefully I might notice that

It kind of reminded me of Ouran highschool, because of how smoothly it could jump from hilarious situations to heartwarming ending scenes, those were the parts that mostly hit me xd so I think they are my favourite thing about the show
When I started watching it, I thought it was just another comedy, but it's like a mixture of everything xd

Chaet Mar 27, 7:32 PM
Aw, stop it, I'm going to cry too now lol ;-;
Yay, I'm proud too now hehe, couldn't even watch 12 episodes anime before. This is a miracle!! ;A;
I don't know much about Gintama yet though, but what are your favourite characters or any stuff about the show? Ki ni narimasu
All Comments