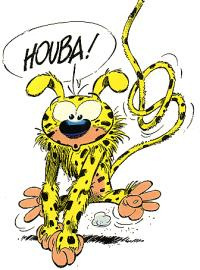 Salva252 Jul 14, 3:25 PM
Well this is an extremely late response. I haven't been on MyAnimeList in a really long time, I simply didn't update my stuff, since I barely watched anything since 2018. I also recognize you, probably one of the longest discussions I've had online about a certain show.


Anyways I recently started getting back into anime and rewatching some of my favorite shows and that definitely includes KOR. While it has it flaws, it also has a certain charm about it, something that's lacking in new romcoms. Maybe that's the reason why I got disinterested in anime for a while, I simply couldn't get myself to get interested in a new show and when I did I never finished it.


I actually spend most of time watching a new medium I got into, asian drama's, mostly Korean Drama's and a handfull of japanese ones. It was like when I first started watching anime, just experiencing a new medium and everything it has to offer. Well just like with anime after a while and going through a lot of shows, I had issues with finding new shows I could get into, so I'm back to anime for now.


So if you are still up for a discussion I'm here now :)

ItsYaBoyShikari Apr 24, 5:56 AM
I just watched the episode with Reinhard's backstory and it was even more hilarious than I had remembered it. Bitch slapping that kid, then later kicking him in the nuts and beating him over the head with a rock. Beautiful. Kircheis must have been wondering what he was getting himself in for.

Also how easily he and Kircheis slip into and then escape that party, despite the fact he lets of a shot and the security were after them. lol

ItsYaBoyShikari Apr 21, 10:39 PM
Yeah, I'm trying to write some grand space opera style stuff and for reference/inspiration obviously that's one of the best ones out there.

I've also been researching real life military tactics and trying to work out how they would work in a space setting. That's one thing I remember feeling LOGH didn't particularly bother with, felt like most of the battles could have taken place on land (even if they do havce 3d chess).

ItsYaBoyShikari Apr 9, 12:46 PM
Even back in the day I'm not sure I ever saw getting through anime like you are now. Don't burn yourself out.

ItsYaBoyShikari Apr 3, 11:29 AM
I really liked Genshiken. Even once they changed most of the main cast and made a bunch of wird plots about Madarame maybe being gay. I remember thinking that the series was jumping the shark but it ended up just working.

Just watched ep 3 of Planetes and yeah, it seems they're tasking tunrs in having meltdowns. They might be refuse collection but they sure are acting like gundam protagonists. Weird show.

ItsYaBoyShikari Apr 3, 10:52 AM
Won't spoil anything but I felt Mogi's character arc had a pretty satisfying end.

I knew what I was getting in for something very character driven with Planetes but I wasn't really sure what to expect. It's giving me Genshiken sort of vibes of all things.

ItsYaBoyShikari Apr 3, 9:38 AM
Some of the backstory stuff is sort of morbid, it's always in the background though. It's of it's time, can you imagine Takumi's not girlfriend having that sort of job in a modern manga? That being said Iggy exists, that' guy's life is pure suffering. Poor guy.

Copied you and started watching Planetes, something I've been meaning to watch for years. Wasn't expecting the characters to be so volatile this early on I must say. Can't help buy feel that Hachimaki's explosion would have had more impact if it was done later down the line.

Concept of the show is kind of cute though. Space debris were not exactly at the forefront of space science at the end of the 90s but it's still hard to belive that people would think that humans would be up there dealing with it in person. It's a cool setting so that's the important thing I suppose. I've always liked the idea of humble jobs in extreme settings.

Just want to warn you because people often get burned out on the Toei version, would be a shame to miss a good story because of that imho. One Pace has a good streaming site if you ever change your mind.

ItsYaBoyShikari Apr 2, 6:09 PM
It is/was a genuine subculture and if you're based around the mountains like they are it probably is considered as important as sport for a lot of people. You're right about Takumi, certainly a nice change of pace. He doesn't know or particularly care about how good he is, at least at the start.

IIRC some of the later series are shorter but I think you still have at least one or two 24 episode series. That's a drawback for some people, if the racing aspect gets a bit dry for you do you care enough about what's going on in the characters lives away from that. Personally always had fun, even when it got a bit silly.

ItsYaBoyShikari Apr 2, 5:29 PM
Never considered the legality of it tbh. They are out of the way, guess their police have better things to do.

ItsYaBoyShikari Mar 28, 10:06 AM
Crazy times, the chain of events that must have taken place from mr zhang eating some bat soup to the world fighting over bags of pasta is quite mind boggling.

How's the apocalypse treating you? I'm currently 'self isolating' because I have a very light cold (probably). Almost feels as if I'm conning work here but them's the rules.

dichromatic Mar 26, 4:16 PM
Could get worse at any moment. But personally I'm not too worried. What bothers me more is the financial hit, stock markets plummeted and there's no telling if or when they will go back up.
All Comments