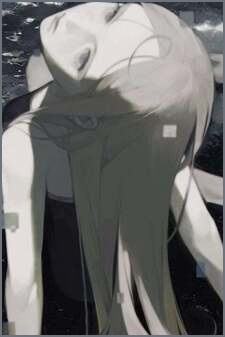 Sertaslo Dec 4, 2020 9:35 AM
I've never been a huge fan of any of the seasons I watched, but they all had some good moments. I vaguely remember people saying that Tokyo Ghoul √A was a lot of anime original content, so it not getting any better is not a surprise if that is the case. That french ghoul is absolute trash in every season though, jesus christ. And yeah I know what you mean. They definitely needed to spend more time on the new characters. AND YEAH ORE WA DARKNESSU between the last episode of season 1 and the first episode of season 2 is basically a new character.

In that sense you're right that re part 1 was even worse though. You barely know the s2 characters, they introduce more characters and then there's the huge time gap where I imagine a bunch of stuff happened.
I'm not really expecting re part 2 to explain anything properly. I'm guessing they'll just use the 12 episodes to try and get a somewhat decent ending while ignoring most of the stuff from √A.

How are you liking the RE TOKYO GHOUL part? I'm sure the 4/10 is going to be at least doubled by the end of the second season. That's why I'll end with a 10/10 after season two.

Bhaos Aug 26, 2020 9:30 PM
Yeah, and you also get stuff that's childish on the surface but is filled with symbolism that a lot of kids and sometimes even adults don't catch. Courage The Cowardly Dog comes to mind with "The Mask".

Also yeahhh dude, the sense of adventure's why I gave One Piece another go in the first place. The world really does feel massive and even after 300 chapters it feels like I've barely scratched the surface of it.

And nah, I was the kid who was on about ttgl being my fave anime ever (isn't anymore but I still think it's decent). I was on the chang thread very very briefly before being bullied off.

Bhaos Aug 25, 2020 9:58 AM
Thanks a lot dude. I do enjoy the silly and chaotic nature of the series a lot. I feel like there's a misconception that growing up means letting go of childlike works but a lot of the cartoons I watched as a kid are still as good as when I first watched them.

Bhaos Aug 24, 2020 11:40 PM
Hey, you prob don't remember me but five years ago as "3DChaos" I ragged on u once for having one piece at a 10. It was wrong of me to do so and I'm reading the manga (on Water 7 rn) and absolutely love it! I don't use this site anymore cause of all the bad memories of being an immature pre-teen but I felt too guilty for ragging on someone for enjoying what I enjoy a lot.