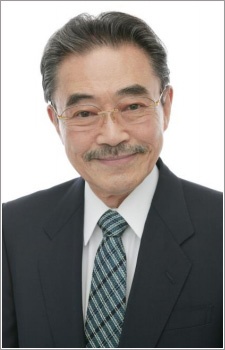 On January 27th, 82-year-old seiyuu Ichirou Nagai passed away in his hotel located in Hiroshima. A hotel employee went to inspect his room, only to find that he had fallen into the bathtub. He was then taken to a hospital, where he was declared dead. The cause of his death is not yet known and is currently being examined by police.


Update January 29
According to Aoni Production, the reason is Ischemic Heart Disease. The funeral will be held on February 2 and February 3, 2014.

i was watching conan ep729 when i saw the news in the last scene ... and i was like oh maaaahhhhh
my immidiate thought was how ironicaly, both gen-chan and nekota-san were now both in heaven. :( .. (from hajime ippo, gen-chan seiyu utsumi kenji-san) ..
may you rest in peace ichirou-san. my symphathy all the way from singapore.

Banjou Giga will be picking up his role in Hunter x Hunter, for those who were wandering.

RIP will miss his voice especially in HxH!

But yeah, would've liked him playing the rest of Netero's role in the arc. (and in the next arc)

A pity. I am so looking forward to see him saying Netero's most awesome quote.

rest in peace. I loved him as Cherry from Urusei Yatsura and Happosai from Ranma 1/2. May he rest in peace. Another great seiyuu gone.

Nagai. Your awesome voice will be missed.

RIP and thank you for everything you have giving me!

You brought a lot of smile with the power of your voice. You and your talent will be missed and appreciated forever.

rest in peace sensei. you will always be remembered through the characters you gave life to!