Naruto History: The Long Battle Between War and Peace

Naruto: Shippuden is full of epic battles, but it's not all about characters versus other characters. The Naruto series shines light on one of the most important battles in shinobi history: War vs. Peace.

One of the main themes in the Naruto series is understanding others in order to grasp the true meaning of peace. But, in the war-ridden world of shinobi, another battle exists that puts this theme to the test: War vs. Peace. Let's walk through the history of shinobi to see where this battle between war and peace comes into play.

The Uchiha Clan vs. the Senju Clan 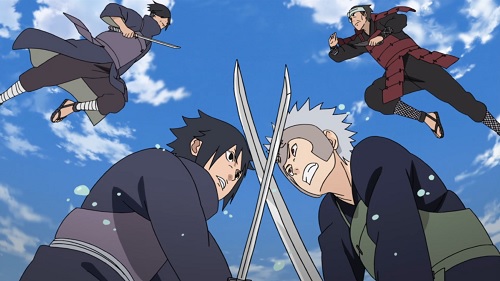 Known as the most powerful clans in shinobi history, the Uchiha and Senju Clans were always at war with each other. However, that fate almost changed when Hashirama Senju and Madara Uchiha met unexpectedly at a river bank. As they met more frequently, they started to build their dream: a world of peace. But, after these two close friends found out each other's clans, the battle between the Uchihas and Senjus continued, even when these two became adults and clan leaders. 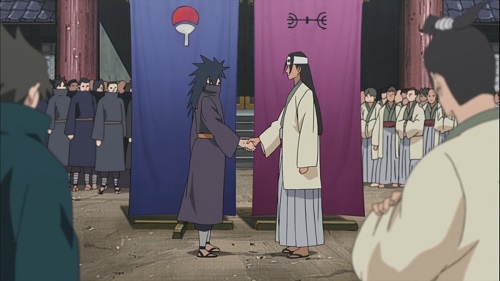 Hashirama still held to his dream of creating a peaceful shinobi world and eventually established a shinobi village that other nations emulated. The Uchihas and Senjus became allied clans when the village was created. But, even then, the world was still a battlefield. 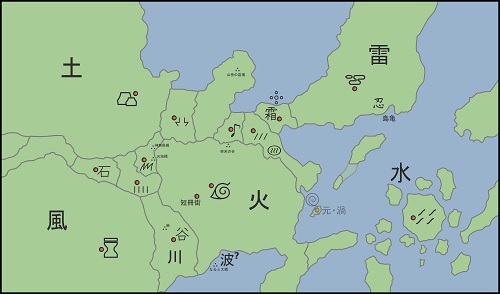 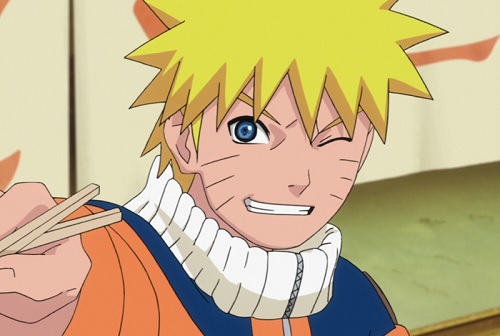 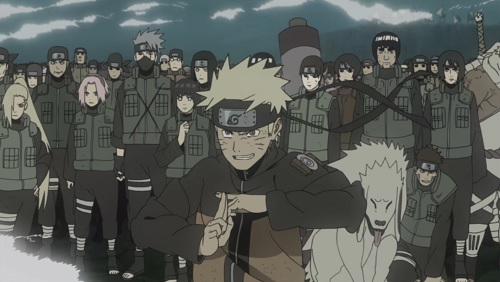 A pivotal moment in the Naruto: Shippuden series when the Five Great Shinobi Villages come together to create a shinobi alliance to fight against Akatsuki after Madara declared war against the shinobi world. This is another example of war versus peace. In order to gain back their freedom and peace, the shinobi work together to take down their ultimate enemy.

The Akatsuki members also play major roles in Naruto's growth. For example, the famous battle between Naruto and Pain challenged Naruto's beliefs about peace and himself; however, in the end, he chose the path toward peace rather than destruction. In this specific battle between war and peace, peace was the victor.

Will the Naruto world reach true peace after the Fourth Great Shinobi War, or will Madara be the victor? Find out by staying updated with the Naruto: Shippuden anime series!