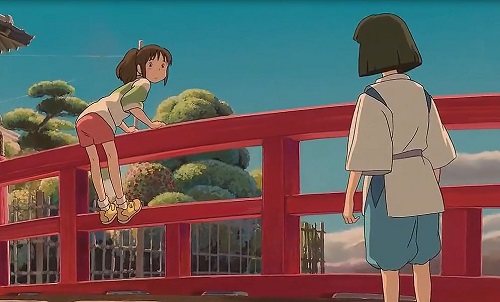 Chihiro and Haku first meet on the bridge that leads to the legendary Bathhouse. However, because the Spirit World is unsafe for Chihiro, Haku tells her to leave immediately. Chihiro wondered why Haku acted cold and harsh to her. Their first meeting wasn't your normal meet-and-greet, but these two soon meet again when Chihiro wanders around in panic.

Re-do of their First Meeting

Chihiro begins to disappear and goes to hide. Haku finds her and feeds her a small pill that helps her become whole again. Haku shows a kinder, softer side of himself in this meeting, which is his true nature. He even protects her from Yubaba, who is the witch and owner of the Bathhouse. This meeting was like a second chance, and Haku shows his real self to Chihiro. 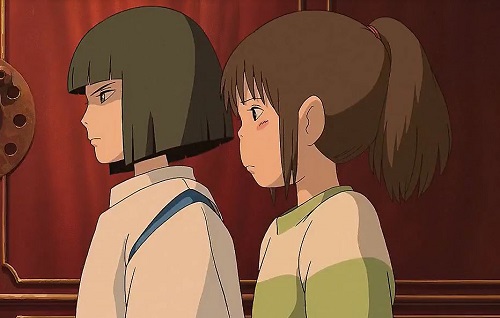 The next time Haku and Chihiro see each other again is when Yubaba summons Haku and asks him to help Chihiro. However, he acts cold toward her, which causes Chihiro to become confused and wonder if there's another Haku. Haku's sudden coldness can be due to the curse Yubaba put on him to control Haku. Another reason could be that Haku didn't want anyone to know that he was connected to Chihiro in order to help her without any interference. His coldness can be seen as kindness in a way, but it's not Haku's true character as we later find out.

Parents in the Pig Pen 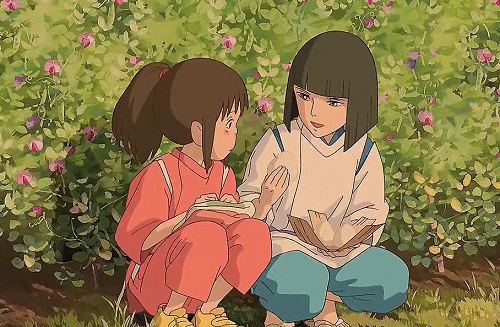 Early in the morning, Haku takes Chihiro to the pig pen so she can see her parents, who were turned into pigs. Chihiro and Haku sit in the garden after visiting the pen and share a quiet, special moment. Haku brings Chihiro a few onigiri that have a spell casted on them to give her energy. Haku's subtle, yet meaningful, gesture shows that he genuinely cares for Chihiro's well-being.

Haku and Chihiro Grow Together 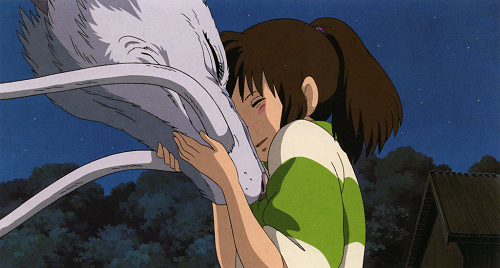 Haku is a lost spirit who doesn't know where his home is, while Chihiro is a young pessimistic girl who just wants to go home. However, throughout their adventures in the Spirit World, both of them grow in various ways. Chihiro discovers her inner strength and becomes a more courageous individual, while, with the help of Zeniba and Chihiro, Haku is able to remember his name and free himself from Yubaba.

By the end of the film, the two form a strong bond. They both overcame their extreme challenges thanks to each other's help.

Spirited Away is one of Hayao Miyazaki's most famous films. From love to magic, this movie combines meaningful life lessons and various heart-warming elements to create a true masterpiece.