Akame ga Kill! starts dark and gets darker. Heroes on both sides die one after the other, and the second opening tells us that the blood hasn't even begun to flow. The last ten episodes open with "Liar Mask" by Rika Mayama, prepping us for a wild ride through betrayal, corruption, and redemption. 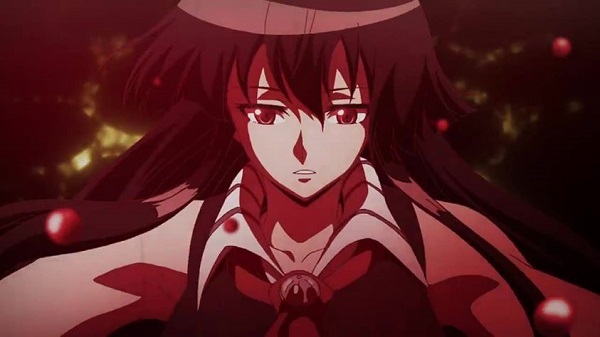 Akame ga Kill! is a fast-paced, merciless show. The good guys aren't afraid to kill, but neither are they safe from danger. As the shadow rebellion against the Empire erupts into war, the Revolutionary Army deals with traitors in their midst and the worst of the Imperial forces. The surviving members of Night Raid must outrun their past—or strike it down. What better song to kick things off than Rika Mayama's ominous Liar Mask"? 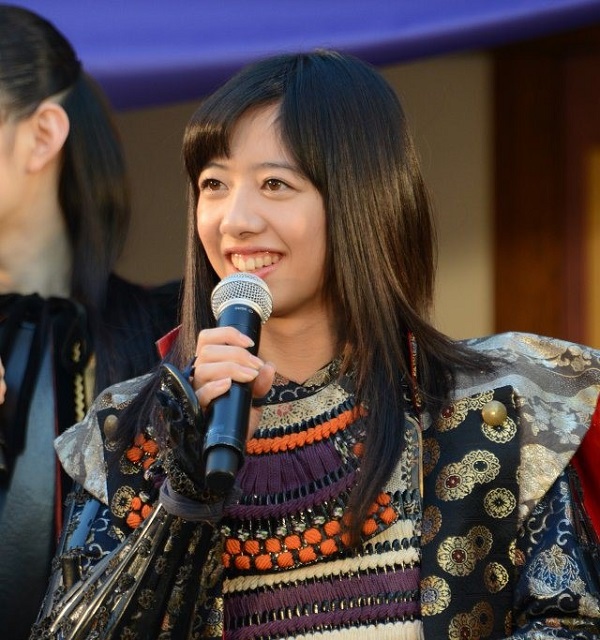 Rika Mayama is a fresh face in Japanese entertainment. She is a founding member of girl idol group Shiritsu Ebisu Chugaku (Ebisu Private Junior High School), which burst onto the scene in 2009. She released her first solo single, "Liar Mask", in November of 2014.

She voiced Shizuka Kisaragi in Ryuugajou Nanana no Maizoukin (Nanana's Buried Treasure) and also appears in Akame ga Kill! as a palace maid. 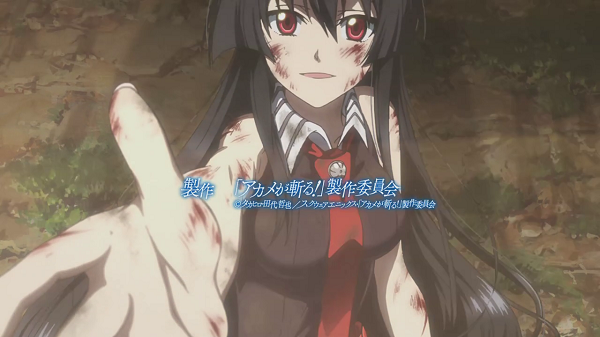 The centerpiece of the first opening was the legendary Imperial Arms. Though this opening starts with a shot of Akame's blade Murasame, it cuts to its wielder falling into darkness—hinting at the sword's cursed nature. Underscored with Mayama's voice and a scratchy music-box effect, the result is a hint that our assassins may die from the violence they live by.

Where last season's "Skyreach" is about forging onward against all trouble, "Liar Mask" focuses on the bloody work these characters do along the way:

Bury your sullied smile into the darkness,

Unleash your anger, that has no place to go!

How much blood and tears have to flow...

The theme is appropriately haunting, segueing into a piano melody with a chorus. Guitar riffs herald a confrontation, but give way to tranquil strings. All the while we watch Night Raid and the Jaegers approach each other, interspersed with clues to their relationships and struggles. The corrupt Minister and the boy Emperor appear, as do the Revolution-aligned religious group, Path of Peace. And former comrades in arms Najenda and Esdeath stand back to back, awaiting the day they meet again as enemies.

The guitar fully kicks in, backed by voice and strings as the tension gives way to battle. An Incursio-clad Tatsumi fights his Jaeger counterpart; Esdeath and Najenda clash as the Imperial Palace explodes behind them. Mayama sings "I'll draw this blade, so that I won't lose anything more," and it's clear that every character, no matter what side they're on, must kill for the greater good—as the song puts it, "Drive out a poison by another!" That conviction will tear down everything the show's built up...and it starts in episode 15, with the first major face-off between the Jaegers and Night Raid. 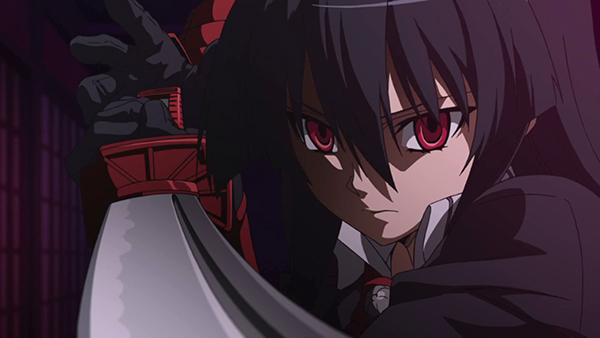 Akame ga Kill! is one wild ride. It's full of black comedy and ultra-violence from the first episode on—and it all starts with the theme song. Sora Amamiya's "Skyreach" introduces a vibrant world full of characters that don't hesitate to kill. Let's take a closer look at this pulse-pounding opening!