Death Parade is a show that's about, well, death. Most of the series' time is spent taking a very deep look at a new pair of recently-deceased characters every episode, forcing them into intensely stressful situations so that their "true natures" can be revealed for judgement. Once this judgement is passed, one person's soul is sent back for reincarnation, while the other's is consigned to the void forever.

But the Death Parade opening doesn't even touch on what is supposedly the show's core, instead featuring a fun pop song with the cast gleefully dancing around. So what's the deal here? 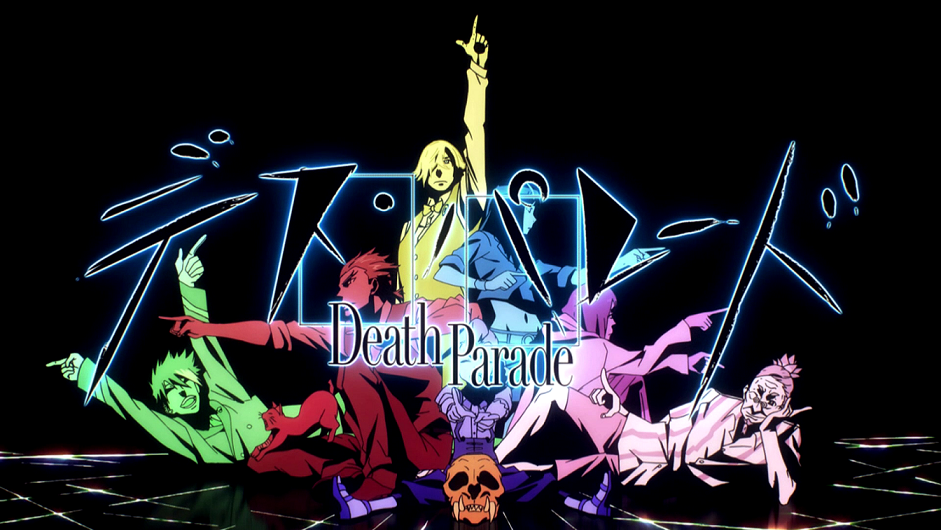 One would be forgiven for thinking that Death Parade is a goofy show after watching the silly Death Parade opening. Every single character can be seen dancing, drinking alcohol, playing around, or some variation thereof. In fact, everyone is all smiles throughout the song, save for the notable exceptions of Decim and Ginti. However, paying a slight amount of attention is all it takes to catch glimpses of Death Parade's true subject matter in the opening, as well as the complicated nature of everything about it.

Nona apparently playing Dance Dance Revolution on top of a Japanese altar for the dead in the Death Parade opening is a shining example of this, especially when one notices the hands of Buddha behind her. Continuing with the Buddha imagery is Oculus, who strikes a similar pose as the multi-armed Buddha with most of the female members of the cast. Oculus has a lotus flower as some sort of top knot on his head, once more evoking the Buddha. All of these images in the Death Parade opening and more suggest that Death Parade has more than a few ties to Buddhism and its beliefs pertaining to the afterlife.

There are also more than a few hints of the black-haired woman's character arc in the Death Parade opening, with a "blink-and-you'll-miss-it shot" of her ice-skating as well as her holding the two Chavvot dolls at the very end. However, the significance of both of these images will only be understood by those who have seen the entire series. 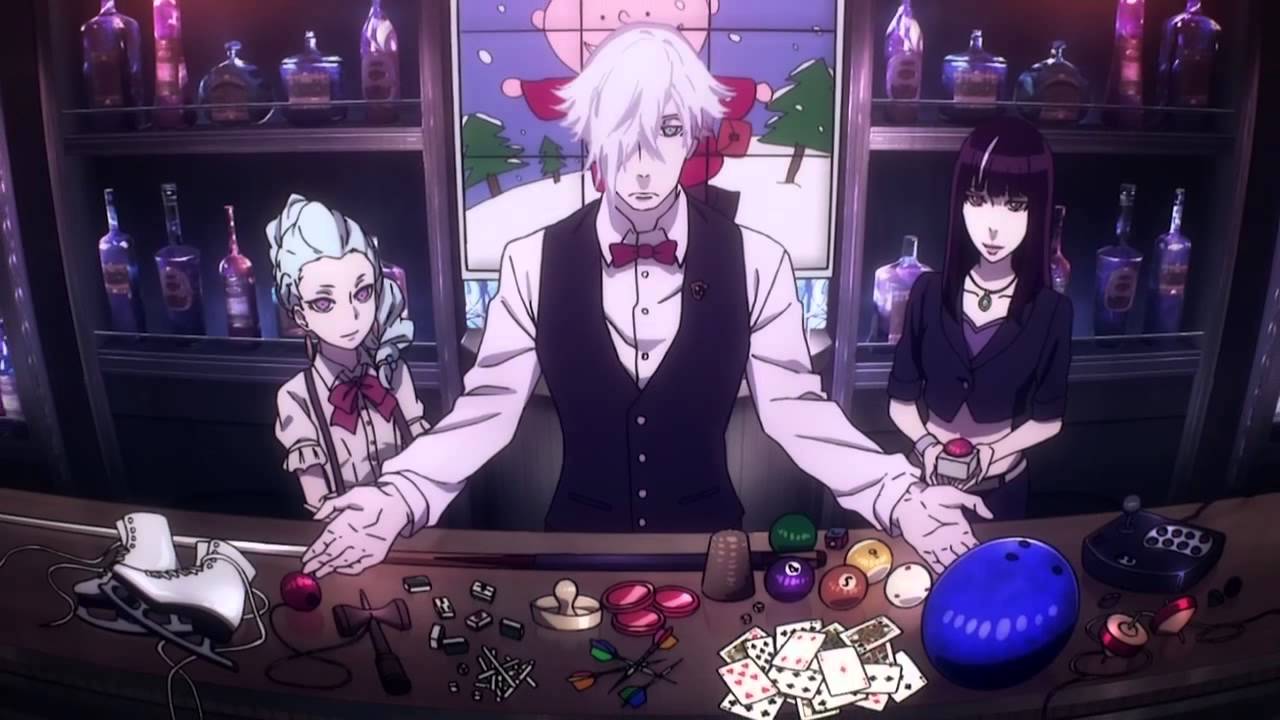 The Death Parade opening song, "Flyers", sung by Bradio, is all about experiencing life to the fullest - the good and the bad. It's the arbiters' jobs to draw out both aspects of the souls brought before them. This isn't exactly a pleasant process, and it's implied as such in the first few lyrics of "Flyers":

Through delusions of how you want things to be vs. reality
Keep stirring the pot, building your individuality

Taking things from beginning to end
That's my life's entertainment!

These lines indicate that they're about someone that spent their life being unable to accept reality and suffered for it. The "individuality", at least when brought to the fore in Death Parade, is actually the suffering they'd experienced in life and the painful release of emotions as a result. 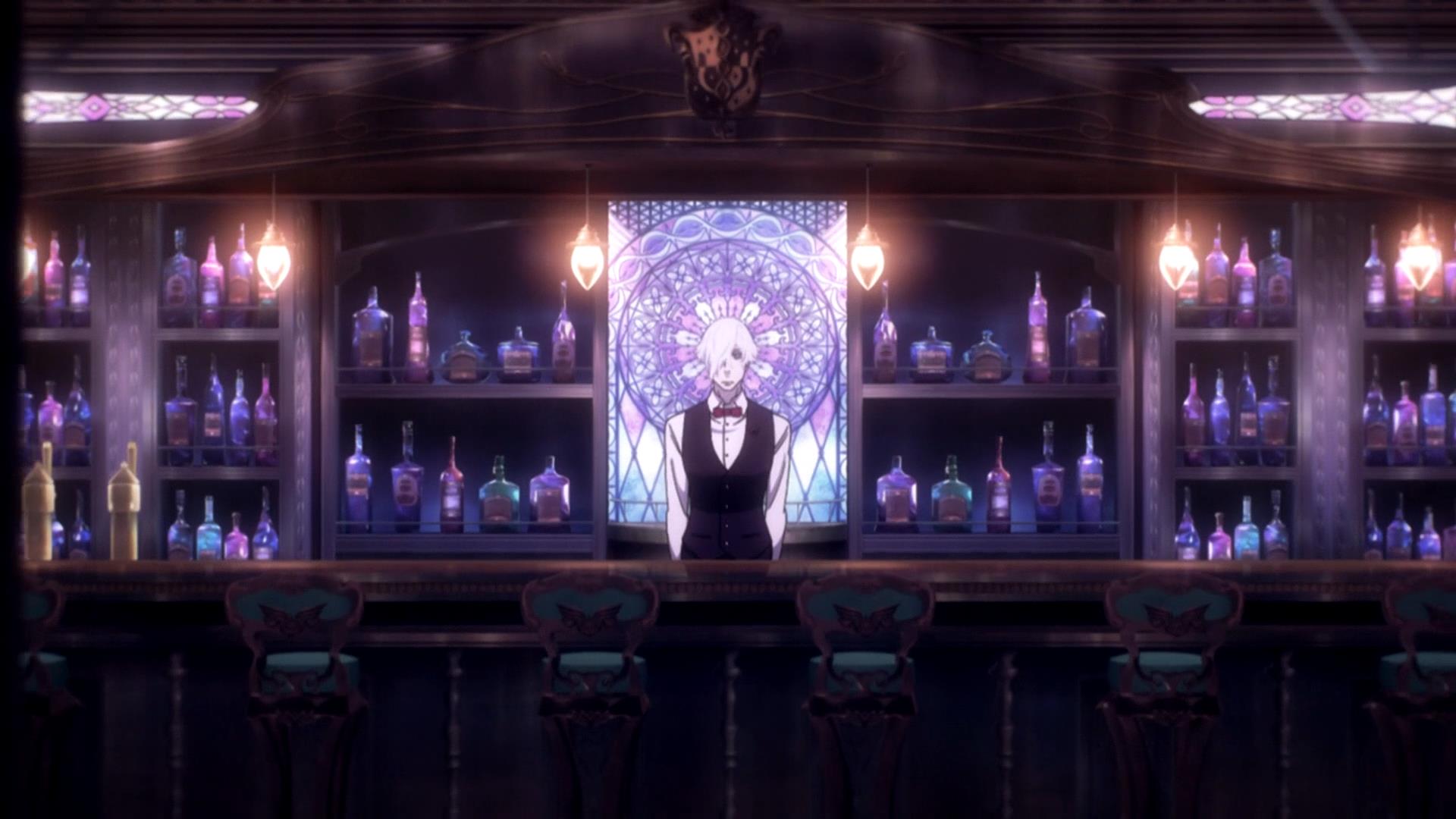