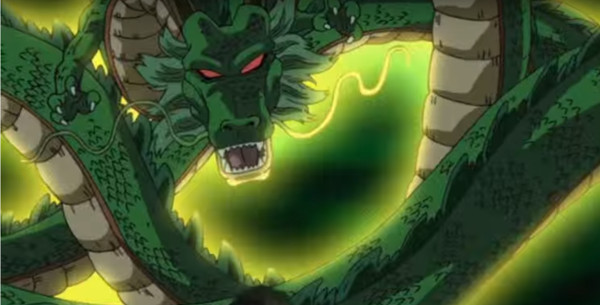 First and foremost, we get a shot of the Dragon Balls and the summoning of Shenron. The dragon balls play a pivotal part throughout the show. Dragon Ball Kai is an anime primarily about fighting, and sometimes that means people die. The dragon balls make it so that this isn't permanent, and the characters can even train themselves in the afterlife. This ability to turn back time or change situations is a big part of what makes Dragon Ball Kai stand out. The art is very bright and clean as well. 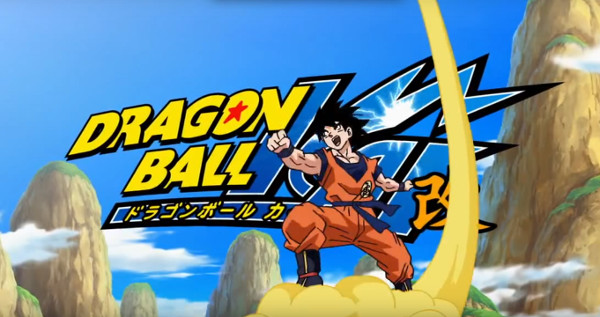 Next we get a couple of shots of Goku, just to remind us who the center of the story is. Goku isn't just the main character of Dragon Ball Kai, he's the heart of the show. He is good-natured, but can be deadly serious in the defense of those he loves.

Next, a set of ominous meteorites. Viewers of the show might recognize the look of Saiyan spacecraft, but the threat is clear either way.

We also see that Goku isn't alone in responding to this threat. We get a shot of some of his allies, and his family. Teamwork and believing in others are both essential parts of Dragon Ball Kai's story. Goku and his friends understand that some things cannot be faced alone.

Next we get a glimpse of the rivalry that defines much of Dragon Ball Kai. Goku and Vegeta's conflict and competition drive a lot of the story in Dragon Ball Kai. It also helps to set Goku's dual nature into focus since he is both a Saiyan and the stalwart protector of Earth. Vegeta's lust for power and a good fight are present in Goku as well, but they are balanced out by his caring nature.

Then we get a glimpse of Frieza. Frieza looms large over a big section of Dragon Ball Kai. He is talked about for some time before he shows up, and he is the main villain of the show for quite a while. Here in the opening he is shown only briefly. He also doesn't stand up, and appears in his first and weakest form. Even so, the opening makes it clear he is an important figure by the way it frames his face.

Then the opening loops back to more of Goku and Vegeta fighting. The animation here is crisper, the lines darker, and the color palate darkens. Just in case the point wasn't driven home earlier, this is a primary conflict. 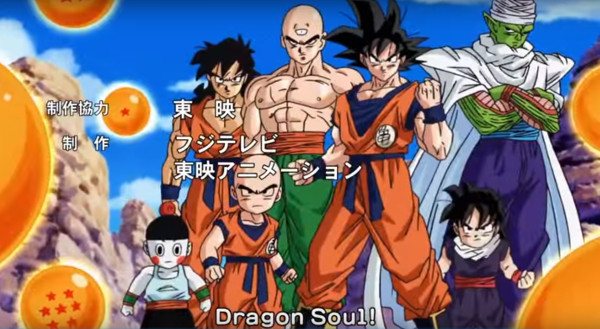 Lastly, we get one final shot of Goku and his friends. The first opening to Dragon Ball Kai does a great job of introducing the main characters, the main themes, and the main plot points viewers can expect from the large first section of the show. It also does so with an upbeat tune that suits the lighthearted nature of the show. Dragon Ball Kai was an effort to make Dragon Ball Z more compact and to remove the things that weren't important. Dragon Soul works to do all of these things as well, in under two minutes.