Getting Hot with Highschool of the Dead

Highschool of the Dead features an outbreak of the living dead where action before thought is common, and hot encounters run rampant. This harem anime doesn't disappoint as killing zombies is taken to a whole new level. Let's check out just what kind of hot events take place in this infested world. 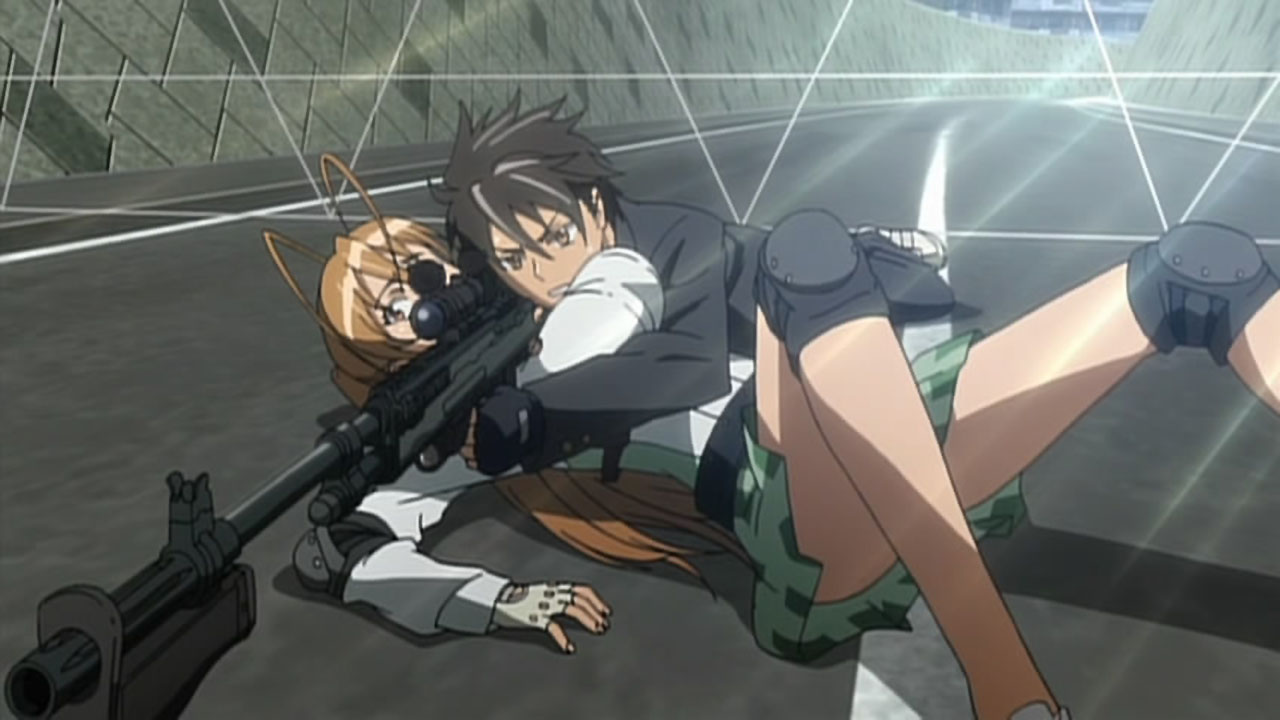 You’re backed into a corner by an infestation of zombies and you dropped all the bullets for your gun, so what do you do? Take a page from Takashi Komuro's book! The main character of Highschool of the Dead, he will stop at nothing to save his friends. The only gun available, and loaded, for Komuro to use is the one strapped around his friend, Rei Miyamoto. When the battle becomes hot and heavy there are only two choices: Become part of the zombie crew, or suffer the backlash of recoil from a gun. Handling a weapon never looked as hot as when Komuro does it. The only place available to position the gun is directly under Rei’s chest, and Komuro must reach around her breasts to hold the gun steady for fire. 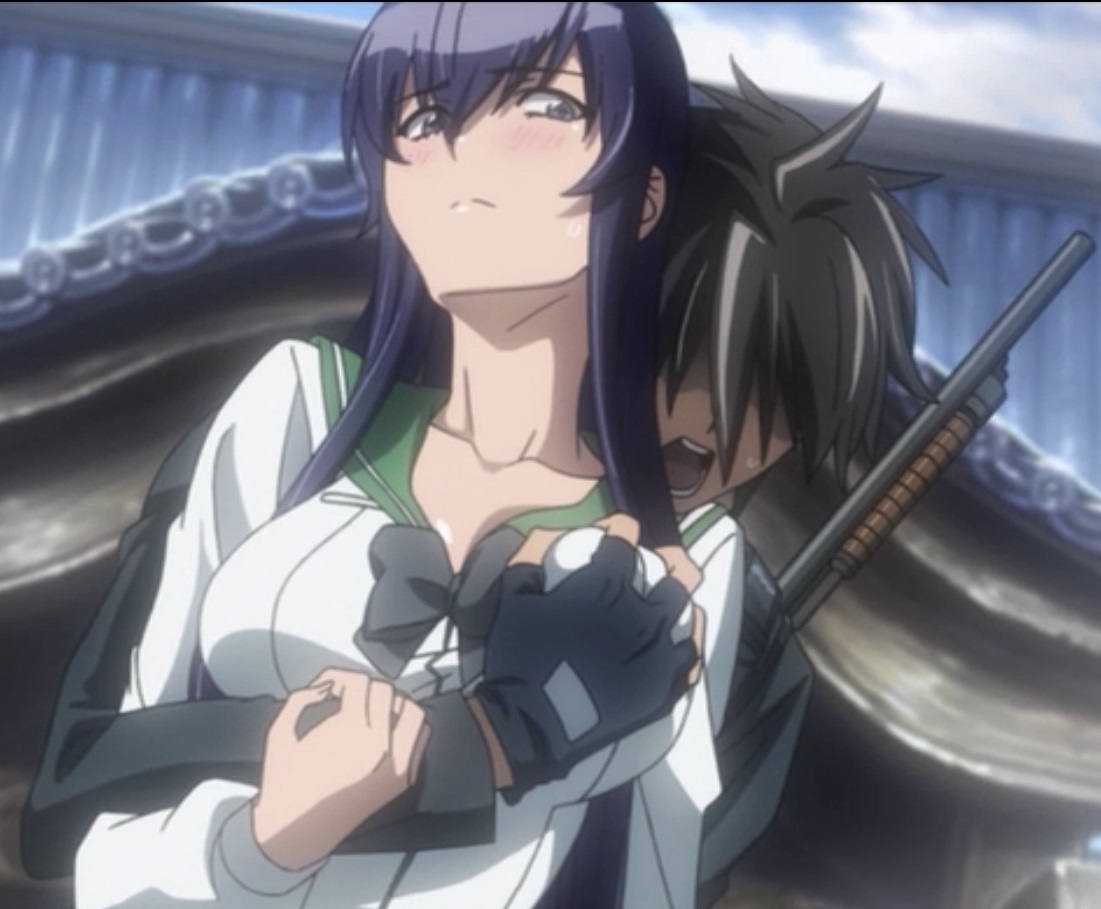 Saeko has frozen up, and is unable to accept her bloodlust that accompanies killing the living dead. She’s unable to lift her stick to the enemy, but Komuro is there to fend them off. He can’t fight the horde on his own though, and must find a way to bring Saeko back from her fears. Komuro acts as a molester from Saeko’s past that initially brought out her bloodlust in order to motivate her to fight against the zombies. In the midst of battle, this hot encounter has Komuro grabbing Saeko’s breast and affirming his admiration of her despite her bloodlust. 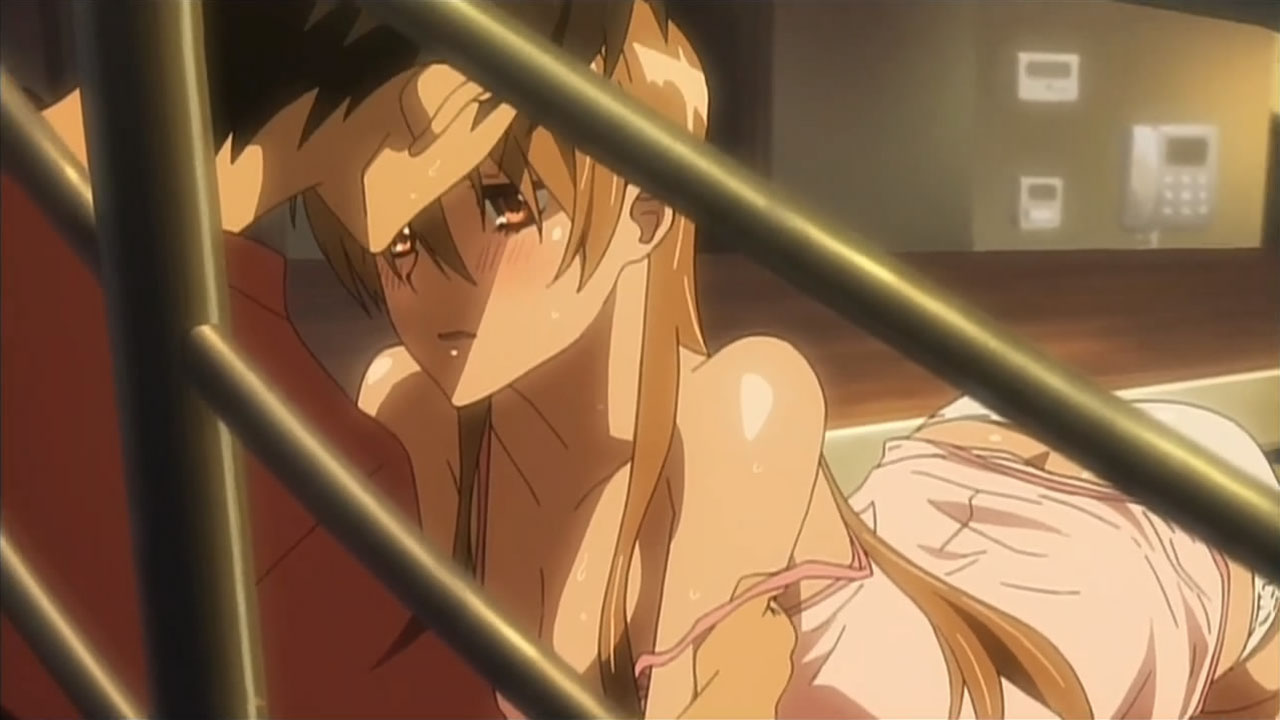 When it comes to romance, Highschool of the Dead doesn't disappoint in its variety of hot scenes. With Rei Miyamoto in a state of overextended exhaustion, she behaves as though she were drunk and doesn’t take notice of her lack of clothing. Komuro tries not to take notice and acts like a gentlemen, but what’s he to do against her advances? To add to the encounter, Komuro has a brief explosion of rage that creates more heat. They share a hot, intense moment after Komuro’s heated defense against Rei’s comparisons of him and her dead boyfriend. 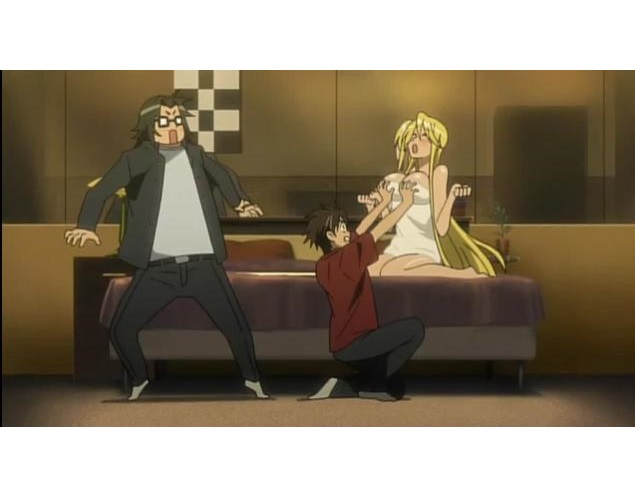 With all the ladies after Komuro, it’s no surprise that Fujimi High School's nurse would also want a piece of the action. It’s been a long day of blood and gore, and now that the ladies are all bathed, school nurse Shizuka teases the boys with her scantily clad body. Her natural air-headed tendencies allow her to throw caution to the wind and do as she pleases, which is only more so the case with in her over-exhausted state. Komuro only wants to act decently to Shizuka, but finds this task hard due to the tiny towel that barely covers her. Instead of taking advantage of the situation, Komuro’s morals get in the way and he ends up carrying her downstairs to rest－not before accidentally grabbing her butt though!