Let's look at the main character of Watashi ga Motenai no wa Dou Kangaetemo Omaera ga Warui!, Tomoko Kuroki, and see what makes her personality and circumstances the way they are―awkward and extreme!

In the title of the anime, Watashi ga Motenai no wa Dou Kangaetemo Omaera ga Warui!(It's Not My Fault That I'm Not Popular) we are presented with a quandary: is it Tomoko's fault that she isn't popular? Looking at this from Tomoko's perspective, you see that, on one hand, Tomoko is socially inept, has social anxiety, and fails to follow a normal path socially. She also makes those ugly faces. 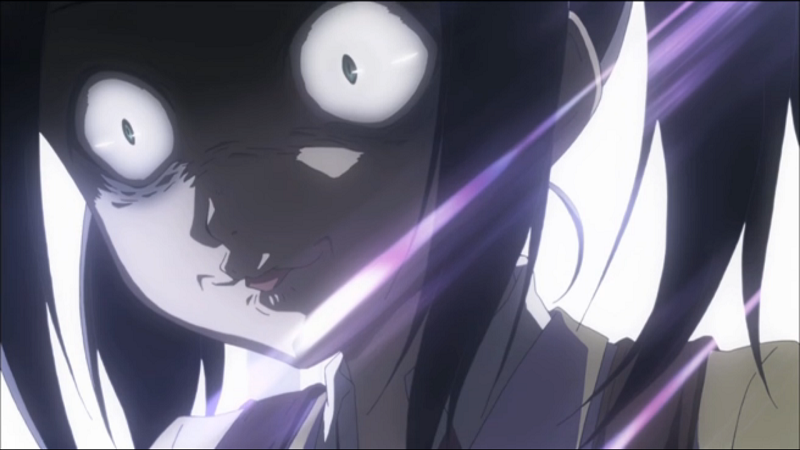 While on the other hand, you have other people who, like Tomoko, are unable to read the thoughts of others, and thus cannot understand what Tomoko is thinking; they lack the ability to understand Tomoko, so they do not help her or interact with her in a way that would ease her anxiety.

So you get in this pickle where you can say it's Tomoko's traits that cause her to be unpopular; but you can also say that it's the people around her that cause her to be, because they fail to understand her and see her value. But then you must ask yourself if these traits can be changed, and how much we are to blame for them. We can't mind read due to our physiology, and genetics cause our appearance and have some say in our personality, and so do socioeconomic factors; so a lot of the things that give us social savviness are out of our hands to a degree. Perhaps they can be changed, but is it realistic to wholly change yourself like that? And can you be considered your previous self if you change yourself so drastically? You could change your appearance and use makeup, go through daunting social exercises to change your personality and whatnot, but the you before those things still failed to be socially successful. Most of the people didn't see value in interacting with you or dating you, so you are left with being socially insignificant. Then the answer to the quandary presented by the title would tend toward it being Tomoko's fault that she is not popular, but not solely Tomoko's fault that she is not popular, and rather other people and factors share the blame with Tomoko, and this true for other characters as well; even the ones who have high social IQs are not popular solely due to their own devices; others around them see the value in their presence.

Tomoko also invokes the idea of the inner self. From her superficial appearance, she seems to be quiet and shy, occasionally makes ugly faces, and is almost like a baby sheep. However, her inner dialogue shows her thinking expressively about her life, goals, and of some of the people around her who she either envies or truly despises. We see that she has intense emotions, social anxiety, depression, and a penchant for the 7 deadly sins; and doesn't seem to understand that she has these mental issues, making her unable to take the first step and seek psychiatric help. From this, it seems the inner self is very important for us and should be taken care of, and you should be wary of it when interacting with someone. After all, maybe they're "actually a fun and cheerful person."