Beyond Light Novels: 10 Anime Based on Full-Length Novels

Anime seeks inspiration from many places, from light novels to video games. Let's get serious, and dive into the wonderful world of anime based on full-length books.

Anime based on full-length novels

You've watched some completely original anime, and some based on light novels. Now it's time to settle down with an anime based on a full-length book.

A quick note: For the purpose of this list, we'll steer clear of the obvious classic literature adaptations, like The count of Monte Cristo or The Swiss Family Robinson. You don't need us to tell you those are based on books. You already know. Moving on.

Let's get the obvious question out of the way: What's the difference between a light novel and a regular novel? A light novel is usually short, and often less complex with simpler stories than a regular novel. In Japanese terms, think hiragana and simple kanji versus full-fledged complex kanji. In Western terms, think a beach book versus a multilayered novel. Light novels are like a snack, whereas you can really sink your teeth into a full-length novel.

We're not saying anime based on light novels lack the complexity of full-length novels. We'll just present you with the list, and let you judge for yourself.

Based on Howl's Moving Castle by Diana Wynne Jones 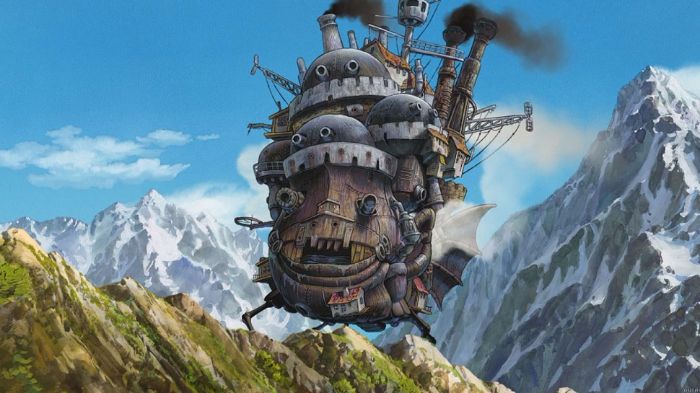 As you may already be aware, many Studio Ghibli films are adaptations of novels. Interestingly, these novels are often Western, although the studio adds its own distinctively Japanese flair to the stories. One of the fan favorites, Howl's Moving Castle, is based on a book of the same name by the British fantasy author Diana Wynne Jones. The movie takes many liberties with the characters, and the end result is a completely different work of fiction. Still, Jones has expressed delight with the film. Jones wrote many other fantasy novels, but this is the one that captured the imagination of Studio Ghibli, and subsequently, the world.

Other novels that inspired Ghibli films include The Borrowers by Mary Norton (The Secret World of Arrietty), the Earthsea Cycle Series by Ursula LeGuin (Tales from Earthsea), the semi-autobiographical Grave of the Fireflies by Akiyuki Nosaka (Grave of the Fireflies), and a number of others. 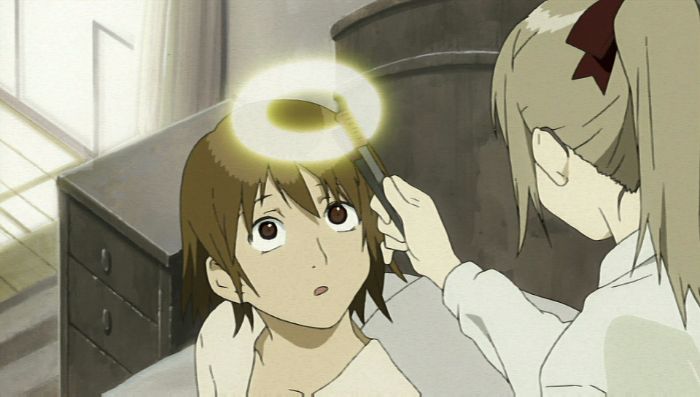 Between thinking up the mind-tripping series Serial Experiments Lain and Texhnolyze, Yoshitoshi ABe created the mellow masterpiece that is Haibane Renmei (this columnist admits to being just a tad biased). Although the series is original, ABe took several elements from one of Murakami's first novels, and incorporated them into the series. Themes and ideas like a secluded town surrounded by a wall, nameless protagonists, and a number of other images are borrowed from the book. The series is wholly original, but it's hard to ignore Murakami's presence.

Based on Yojouhan Shinwa Taikei by Tomihiko Morimi 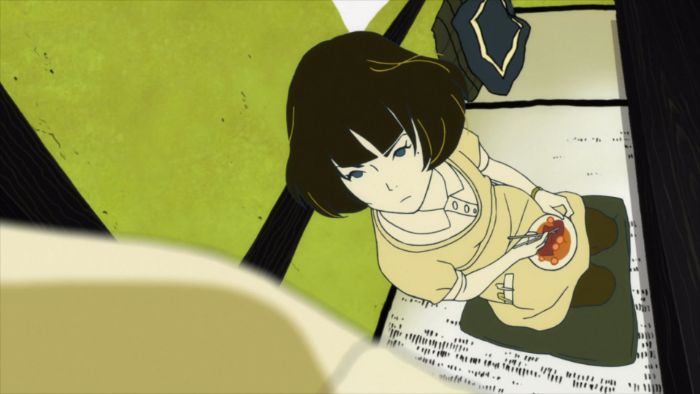 Who would have thought that this weird romp through college life was based on a novel? The anime covers much of the same ground as Morimi's novel, adding a number of scenes and tightening up the pacing. According to fans, the hyper-stylized anime does a good job of mimicking Morimi's style, so if you ever decide to read this one, you know what you're in for. You also know what to expect if you decide to watch The Eccentric Family -- another anime based on a book by the same author.

Based on Welcome to the NHK by Tatsuhino Takimoto 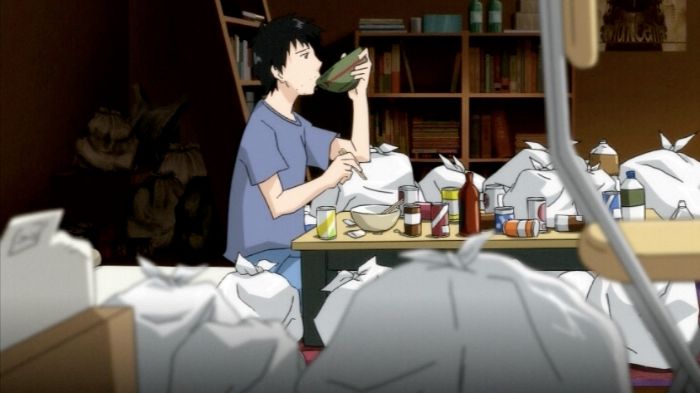 Based on In the Pool by Hideo Okuda 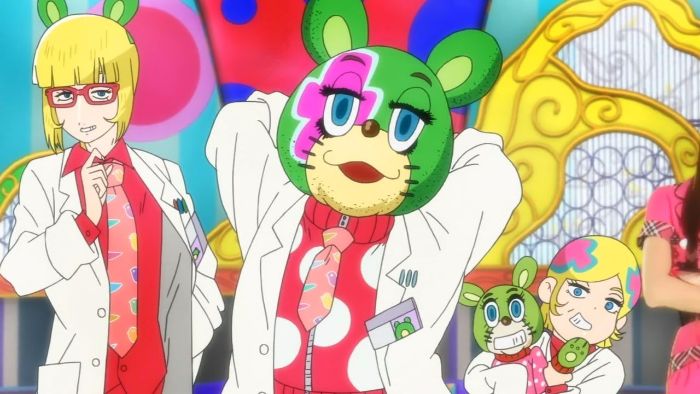 Welcome! Dr. Irabu is here to see you, whether you have a stalker complex or a permanent erection. In the anime, he's portrayed as a manifestation of the Id, Ego, and Superego in the form of three distinct visual manifestations. In the novel… well, we'll let Amazon take it from here: Doctor Ichiro Irabu is "an obese, eccentric neurologist with an injection fetish, an Oedipus complex, and a pea-green Porsche." Sounds about right. The novel by Hideo Okuda offers insights into our minds through the stories of several characters afflicted with debilitating issues. The anime does a good job of adapting this analysis to the screen, but the book is well worth a read as well.

Based on the Joker Game series by Koji Yanagi 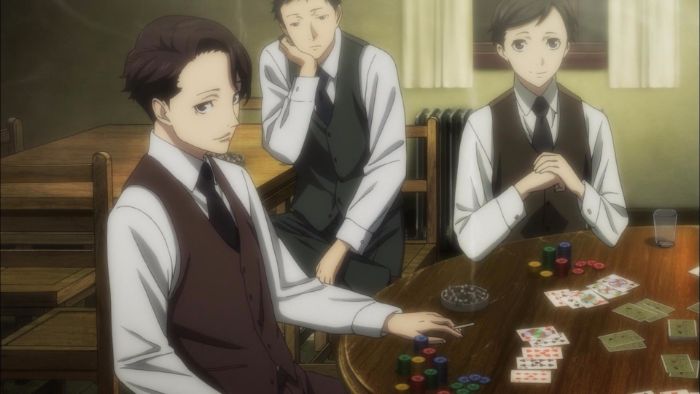 Airing in Spring of this year, Joker Game was an oddity among its fellow anime series. It was a drama that dealt with the political atmosphere in pre-WWII Japan. It's not a topic that you would expect from a light novel, so it makes sense that it was actually based on a four-book series by Koji Yanagi. 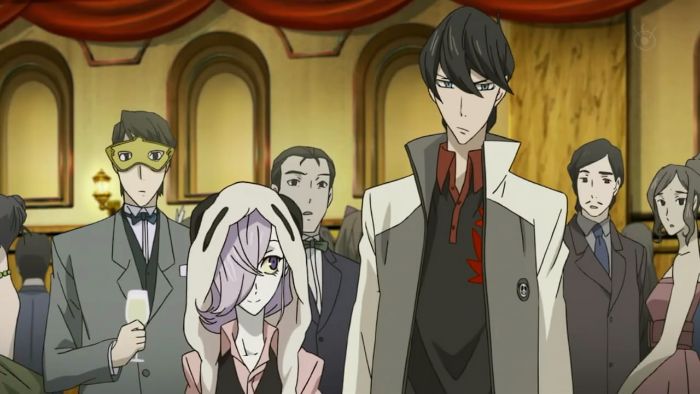 UN-GO is an odd combination: it's a detective series that uses demonic supernatural forces to solve crimes against a dystopian backdrop. In the anime, the main focus seems to be on the characters and the mystery. You're thrown directly into the fray and follow the main characters as they solve crimes. The book that inspired the series is written by Sakaguchi Ango, who was not just an early 1900s novelist: he was an intellectual who studied and wrote essays about Japanese culture. With that in mind, the characters take a backseat to the setting, and the series (and the book it's based on) takes on a slightly different overtone.

Based on Paprika by Yasutaka Tsutsui 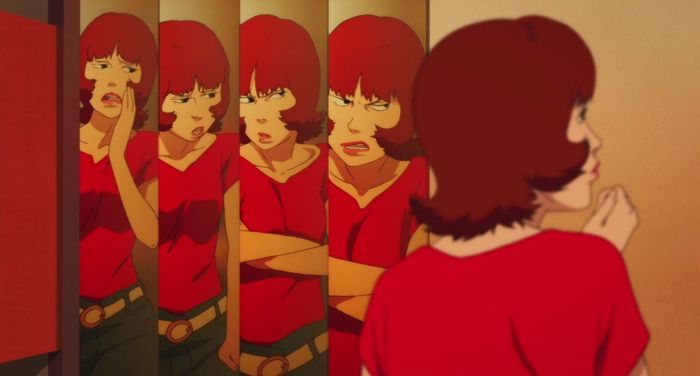 Satoshi Kon is known for the overt insanity in his works, but he can't take full credit for the dreamscape that is Paprika. Still, his adaptation of Yasutaka Tsutsui's novel is pretty spot-on, and even has the original author voicing a bartender in the anime. A number of other works by Kon are also novel adaptations, including Perfect Blue (based on Yoshikazu Takeuchi's Perfect Blue: Complete Metamorphosis), and Tokyo Godfathers (loosely based on Peter B. Kyne's The Three Godfathers).

Seirei no Moribito (Moribito: Guardian of the Spirit)

Based on the Moribito series by Nahoko Uehashi 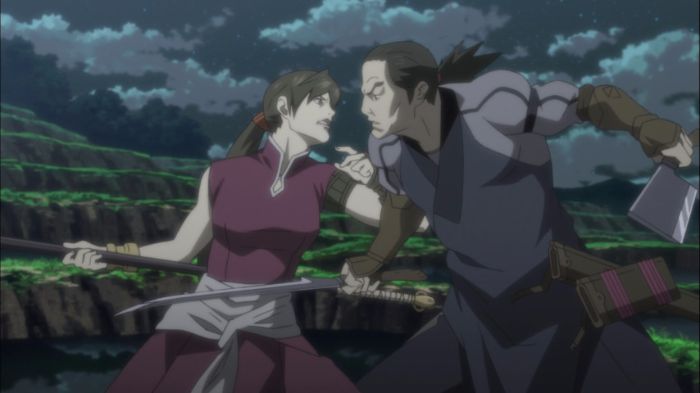 The anime takes this children's book about Japanese myths and legends, and adapts it into a deep and serious adventure. It's an adaptation of the first book in Nahoko Uehashi's series, though it adds plenty of content to appeal to a broader audience.

Based on the From the New World series by Yusuke Kishi 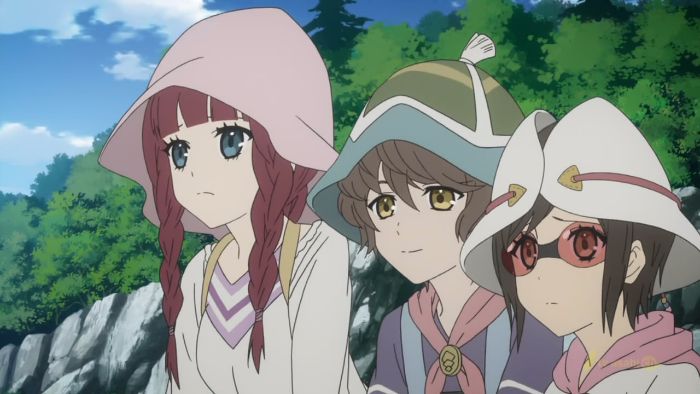 Taken one at a time, the six novels in Yusuke Kishi's From the New World series might fit the "light novel" criteria. But together, they form a complex and intricate story of an idyllic landscape that might not be as perfect as it seems -- just like the anime.

There are many other anime based on novels, but if we listed them all we'd be writing a novel ourselves. What inspired your favorite anime movies and series? Look into it -- you might be surprised.