For the past 20 years, children and adults alike have dreamed of what it would be like to go get a little Pocket Monster partner from a professor and start beating Gyms. But Pokemon is not the only series to feature partnerships and we need something to tide us over while we wait for Sun and Moon!

Be The Very Best Like No One Ever Was

Everyone is getting hyped about the new Pokemon Sun and Moon games coming out this November. The recent revelation of legendary Pokemon Solgaleo and Lunala was nice, but we need to keep ourselves pumped up for the next installment of one of our favorite series. To that end, we're providing you with a list of 15 shows with varying degrees of similarity to the mega-hit franchise.

Grab your partner and let's go with this Pokemon-Like Anime!

Back in the day there were only two kinds of people; Pokemon fans and Digimon fans. Digimon saw its first breath of life in the form of Digital Monster pet toys (tamagotchi's that could fight) and Digimon Adventure spawned soon after as the first anime of the franchise. Whereas Pokemon features multiple partners, Digimon has humans partnered with a single partner for life. This show was the first of many, having spawned multiple sequels as well as spin-offs. 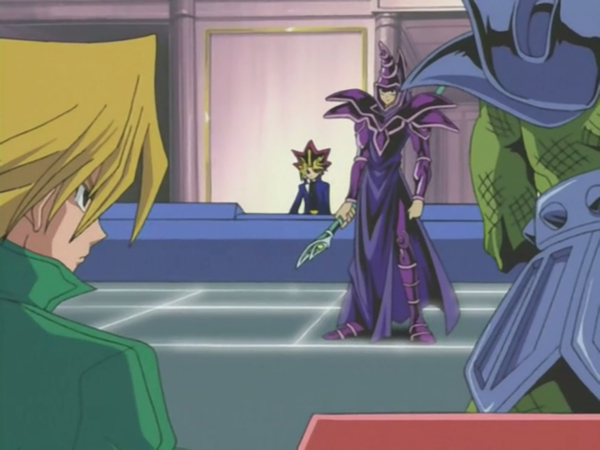 Yu☆Gi☆Oh! features a card game with one very important rule: the monsters can be very real. Each player is armed with their own deck containing their trusted monster partners as well as supporting magic and trap cards. Over the years the original Yu☆Gi☆Oh! and its sequel series’ have shown players fighting with regular cards and holographic monsters as well as creatures brought to life by magic and “Solid Vision” technology. Unlike Pokemon, this anime doesn't feature training monsters or evolving them. 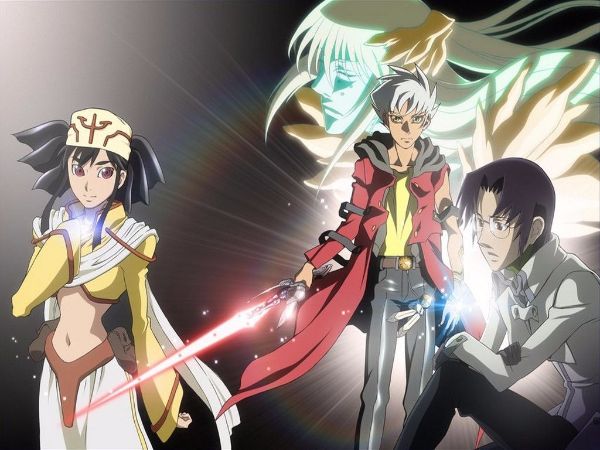 Kiba starts out on a world called Calm resembling a slightly futuristic Earth, but that setting quickly changes to a more medieval world where magic is very real. In this new world, magic users fight using magical stones called Shards. These Shard Casters can cast spells but their true power comes from summoning Spirits. Legend tells of 6 legendary Key Spirits who could one day save or destroy the world. And that day is coming very soon… 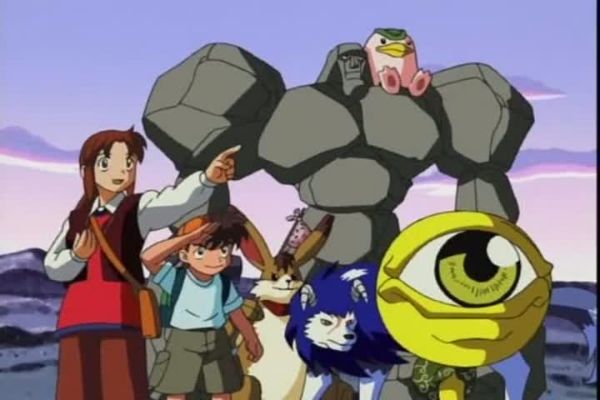 Ever love a video game so much that you wish you could live it (be honest, we have all done this with Pokemon)? After playing the newest Monster Rancher video game he is sucked into its world and soon finds himself on a quest to save humans and monsters alike from the armies of an evil monster overlord. 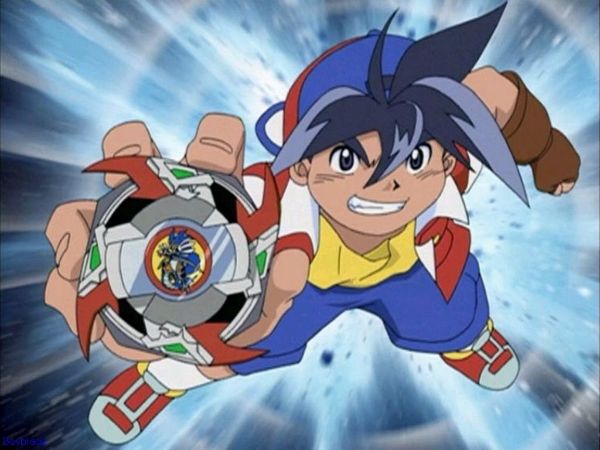 Beyblades, toys similar to spinning tops, are used for a combat-like game where the players battle each other with their devices. Each player’s Beyblade is customized with their own special parts but the true champions of the sports are those lucky few bestowed with Bit Beasts, magical spirits that can live inside a Beyblade and give it extraordinary power like summoning a tornado or shooting fire. Where can I get a toy like that? 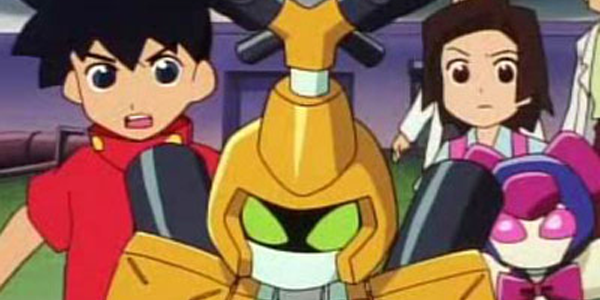 Medabots are a combination of two things, a robotic body and a small medal that serves as the heart, mind, and soul of each machine. These little guys are just as smart as people and partner with humans for a simple purpose: epic robot battles! Each victory in a Robattle grants a Medabot and their partner points, with each team fighting their way up the ranks in hopes of becoming world champions. 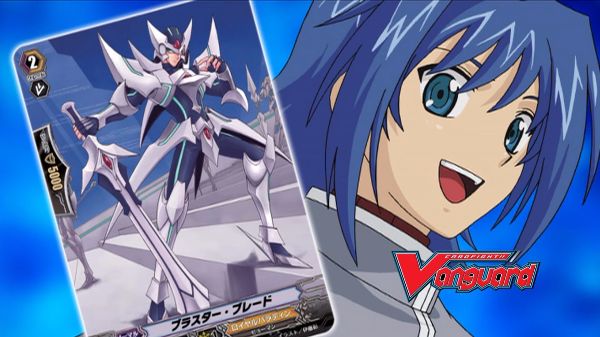 Trading card games have become the world’s latest craze and none is more popular than Vanguard. Players called Cardfighters battle each other in this game using decks of creatures from the alien planet of Cray. Cardfighting with the monsters who represent you, your Avatars, is a way to make friends and grow as a person. But is Cardfighting just a game or is there more to these seemingly make-believe battles on Cray? And how will the fate of Cray affect the fate of Earth? 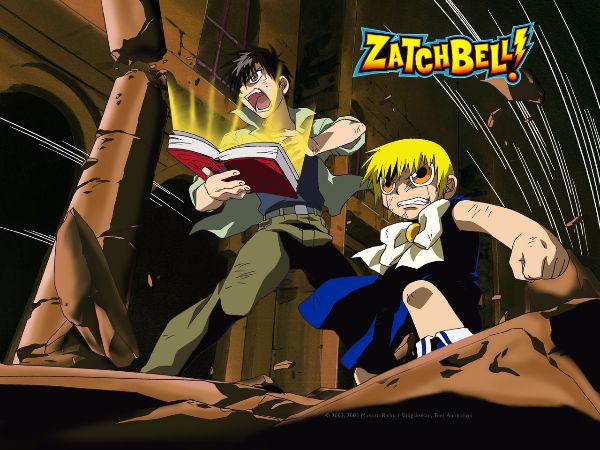 Every 1,000 years magical creatures called Mamodos come to Earth. Here they battle each other until only one is left standing, one who will become the next Mamodo king. Each Mamodo has a spellbook that can conjure great magic, but only a human partner can actually read the book. When these books are burned, a Mamodo is sent back to their world. The 1,000 year mark is now here once again and the battle for the Mamodo throne begins anew. 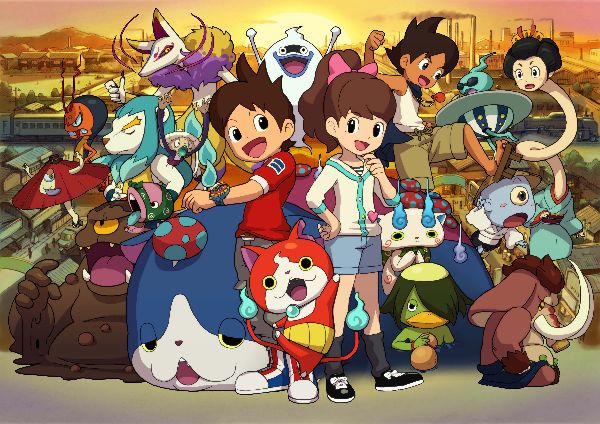 Youkai are mischievous little creatures, often causing trouble to unaware humans. That changes one day when young Keita Amano frees a ghost who bestows him with a magical Youkai Watch in gratitude for his freedom. Now Keita can not only see Youkai, but can summon the power of his new friends to battle against their troublemaking brethren. 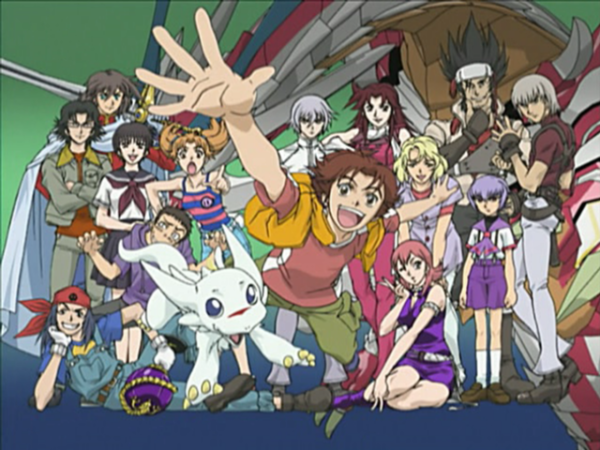 Dragon Drive is a popular virtual reality video game where players are assigned a partner dragon selected to suit them best. But Dragon Drive is not just an innocent game, with sinister forces planning to use it to turn hapless children into soldiers in order to conquer our world and the mysterious homeland of the dragons. 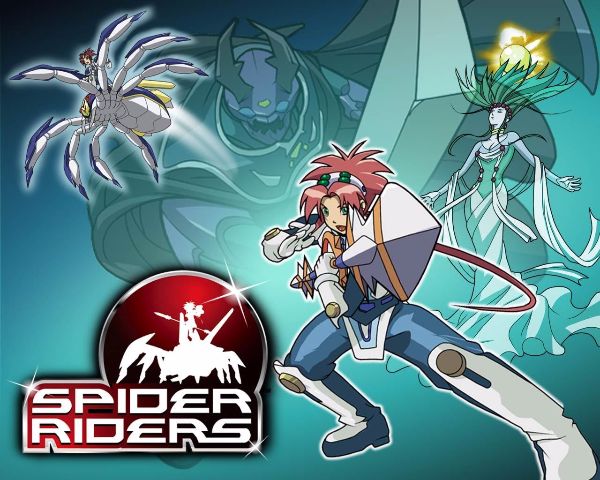 In yet another instance of “boy falls into another world”, Spider Riders takes the concept a bit more literally when the young Hunter Steel literally falls down a hole into an Inner Earth world called Arachna. All is not well in Arachna; an army of mutant insects is attempting to invade the kingdom and the last bastion of hope is a group of young warriors. These adolescent fighters and their partners, 10-foot long spiders, are the first and only defense against the insect horde. 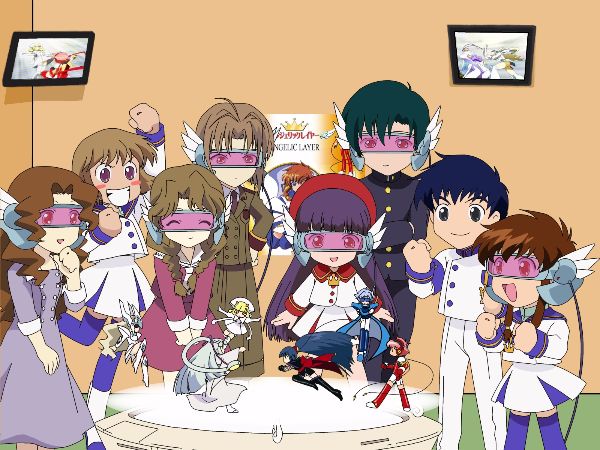 Created by CLAMP, Angelic Layer features a game of the same name where players (called Deus) fight using mind controlled custom dolls (Angels) in special battlefields (Layers). New players will learn about friendship, love, and the relations between us and the people we hold dear as what started as just a game becomes so much more. The world of Angelic Layer was later used for CLAMP’s series Chobits; additionally, Angelic Layer characters were reused and featured in the series Tsubasa Chronicle. 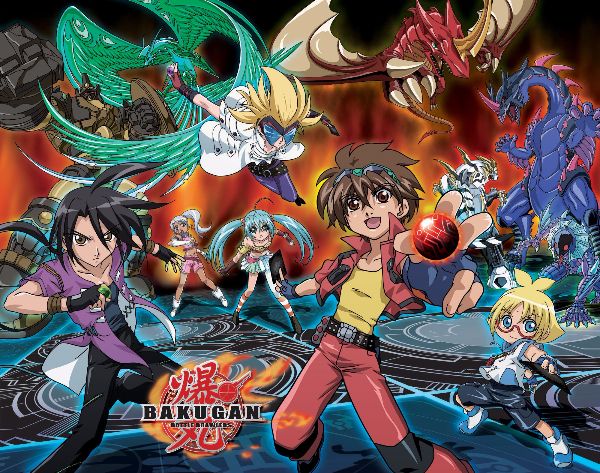 Joining a new popular game is all well and good, but how about creating one? That is what happens to Dan Kuso when mysterious cards fall out of the sky. Later, these cards are revealed to have came from another world that a great evil is trying to conquer. What was a game of pleasure soon becomes a battle for survival as the Bakugan’s world of Vestroia and Earth itself are put in danger. Whereas the previous Zoids series focused on war, New Century Zero features a fighting tournament where teams battle each other for public entertainment. This third season of Zoids makes the iconic Zoids more than just military machines, focusing more on the bond between a Zoid and their pilot as well as the fact that each Zoid has a heart and soul of its own. New Century Zero was also the first Zoids series to be dubbed, introducing many western fans to the franchise. 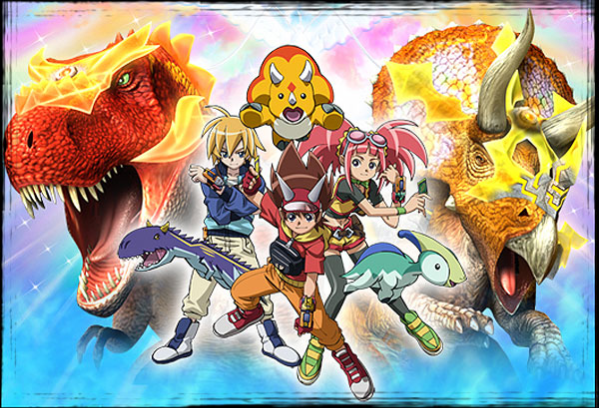 When three young friends decide to investigate a meteor that crashed into a forest, they are surprised to find strange cards and stones nearby. Even more surprising is using these items together to summon a dinosaur! As more new dinosaurs begin appearing it is up to these three friends to protect them from evil humans who seek to use the dinosaurs for their own selfish purposes, gaining new Pokemon esque partners along the way.

We all enjoy looking up at the night sky, and watching the stars. And quite often we wonder what exactly is going on...out there in deep space. Fortunately, there's a ton of excellent space anime which will clue us in and make our imaginations run wild!