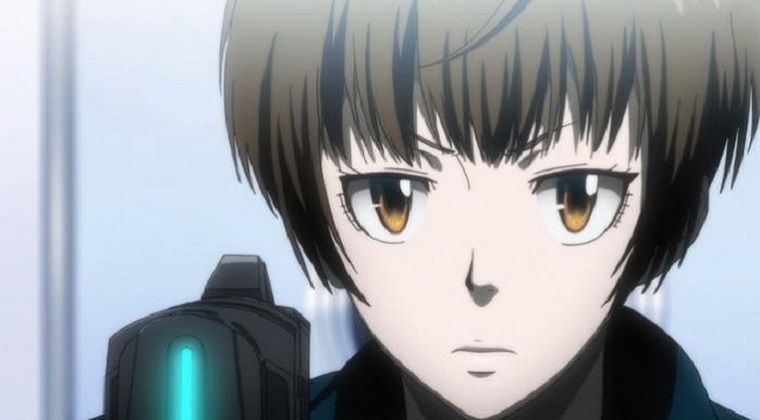 If there's one genre of anime that gives nerds—and pop culture fanatics too--both in the east and in the west something to cheer about, it's science fiction. There’s something comforting in the fact that on a global scale there are people who share similar concerns about the fate of the human race and its place in the universe. Here is a list of the best titles that colors a world in shades of gray surprisingly vibrantly. 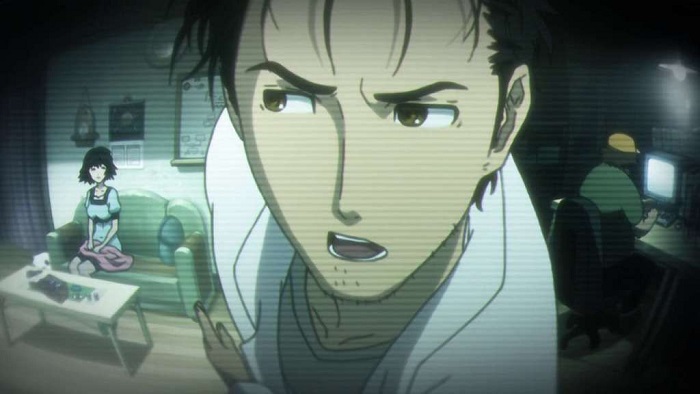 Of all the anime out there that features time-travel merely as a plot-device, Stein's;Gate excels in actually delving into the concept itself. Moreover, with a cast of awesomely written characters, it breaks free of its visual novel roots (save for those few dating episodes), creating a sci-fi anime thriller that makes the seemingly impossible concept of someone traveling through time actually seem like a legitimate possibility. Its realism and emotional heft - not to mention the amazing story - means Stein's; Gate definitely has earned its number one spot on this list. 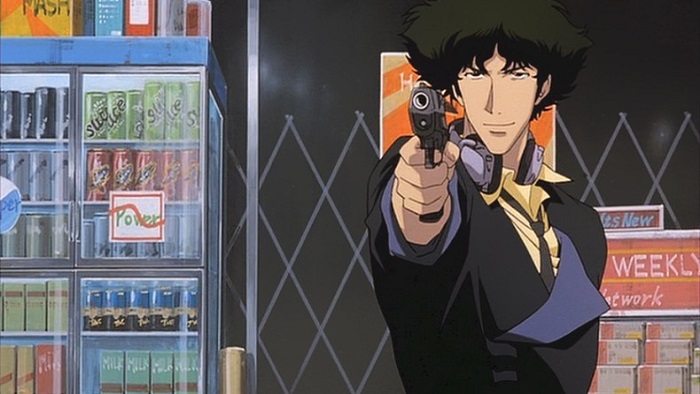 With a universe that features a futuristic culture that has achieved interplanetary travel and other planets have been colonized (and Earth is basically considered a backwater has-been), Shinichiro Watanabe’s magnum opus lends itself to some darn good space-exploration and sci-fi adventure. 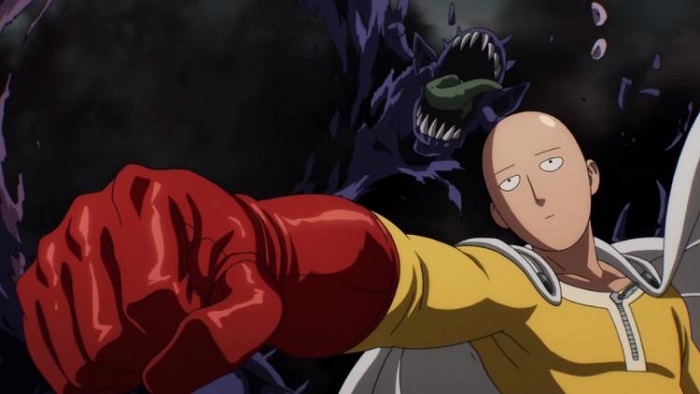 One Punch Man is an action adventure sci-fi epic about a man who can kill anyone with a single punch—and yet somehow is classified as a low-ranking superhero. How does that work? It's extremely funny, has epic action scenes, and features the most gloriously bald protagonist ever seen in anime. 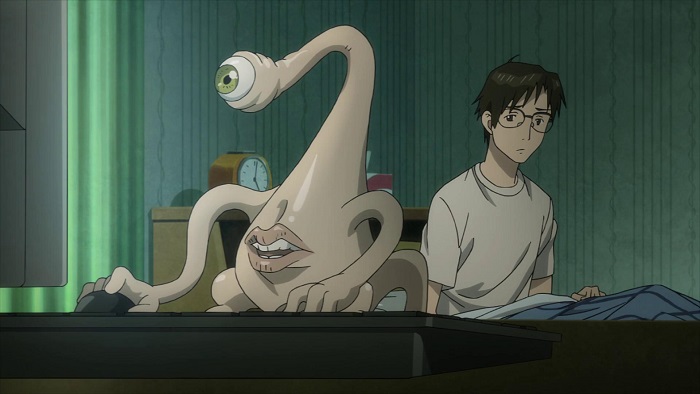 Brain-eating parasites of unknown origin have started assimilating themselves into the human race by attaching themselves to human hosts. When one parasite fails to take the brain of a high school boy, it is instead forced to consume and take over his hand. Now, with two brains and one body, Shinichi and his parasite companion are pulled into the silent war between parasites and humans. 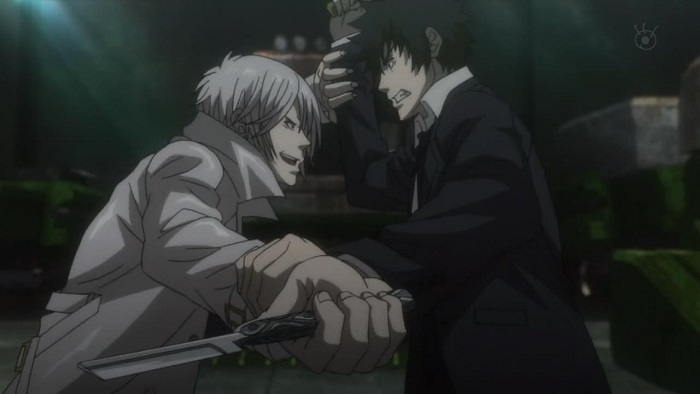 Psycho-Pass demonstrates the dangers of a rigid, morally righteous system. At first, the possibility of a society controlled by a computer program that can stop crime before it happens sounds nice. But the show’s original writer, Gen Urobuchi, addresses the fact that the concept of society achieving anything like perfection is - and always will be - an illusion. 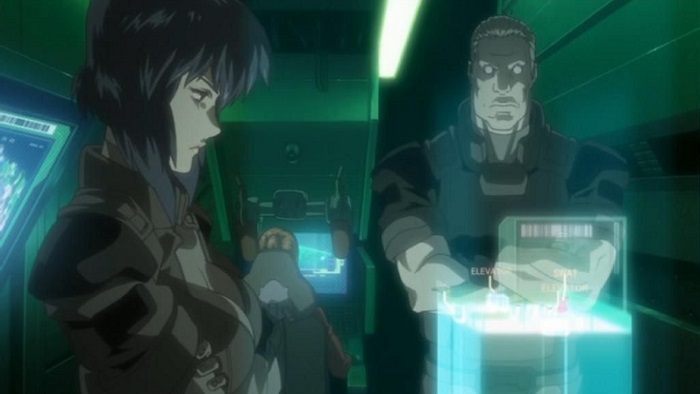 Following the success of its first feature film, SAC takes the questions it asked about the human condition to new places. By expanding the universe the film created, this sci-fi anime further explores the way cyborg Motoko Kusanagi views the world and her place in it as the squad leader of Public Security Section 9. 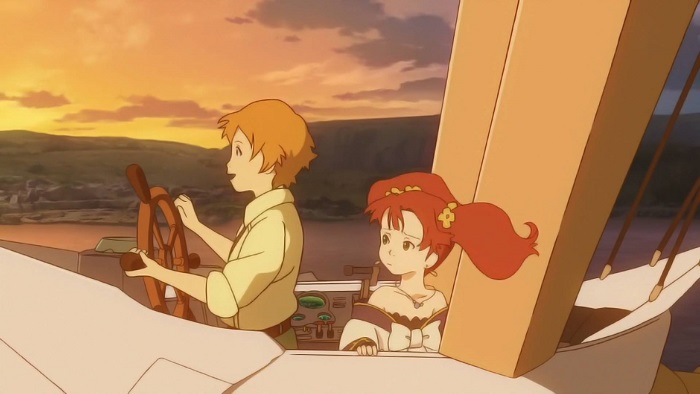 In this world, people don't have to work and are able to spend all day on a computer while real-world avatars called "doppels" move about in reality for them. The only catch is people have to trade their free will as human beings to the organization that makes this all possible using something called the "fractale system". 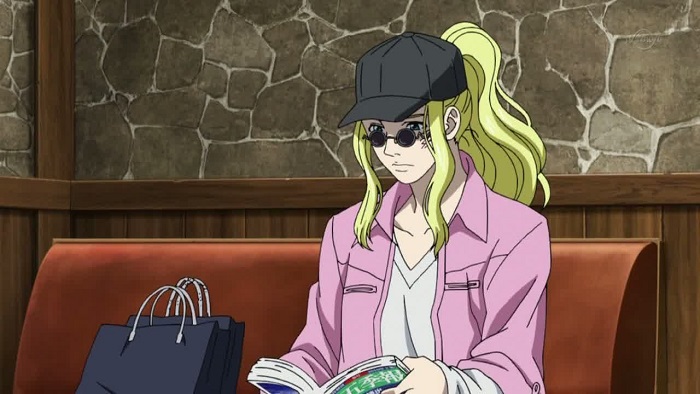 Based on a sci-fi comedy manga by Togashi Yoshihiro, this one features on an alien who shows up one day in a high school transfer student's new apartment. While most aliens who come to Earth do their utmost to keep under the radar of humans, Baka flat-out admits to being an extraterrestrial. 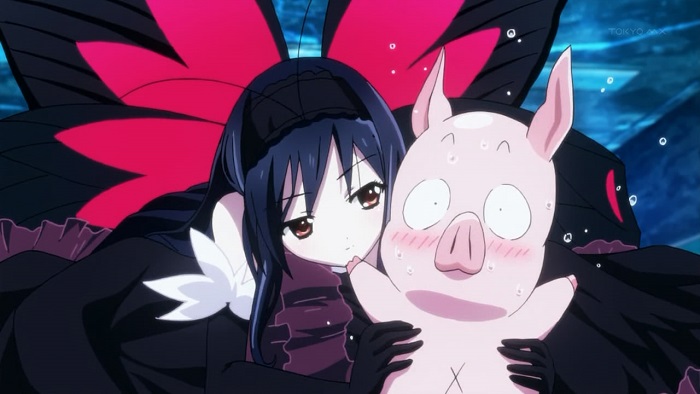 In this gloriously animated virtual world adventure, Haruyuki is given the chance to use an application called “Brain Burst” which accelerates a person’s brain waves to a point where time seems to stop, and is subsequently drawn into a dangerous world where users of Brain Burst fight against each other. 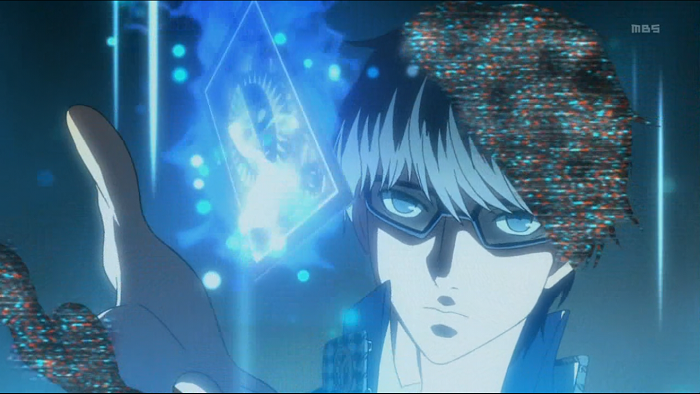 In a small Japanese town set in the country, a group of high school students encounter this alternate dimension, overrun with dark entities called “Shadows”. In order to combat this threat, physical manifestations of their “true selves” called “Personas” help them in the fight. 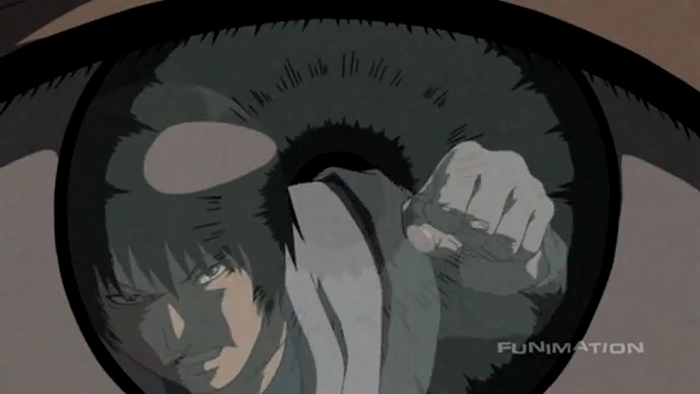 This anime invites us into the world of the underground city 'Lux', a moribund metropolis slowly falling into ruin. With this mechanized, seemingly sentient city on the verge of crumbling to ruin, one young man with cybernetic limbs and a clairvoyant young girl just might be the ones to save it. 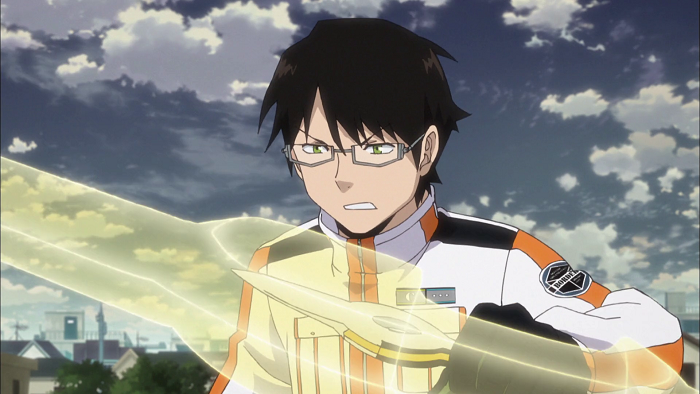 In the not-so-distant - or perhaps very distant - future, creatures with advanced technology known as “Neighbors” invade the human dimension. Humanity’s only hope is an organization called Border, a small army wielding advanced, specialized weaponry in order to fight the encroaching threat. 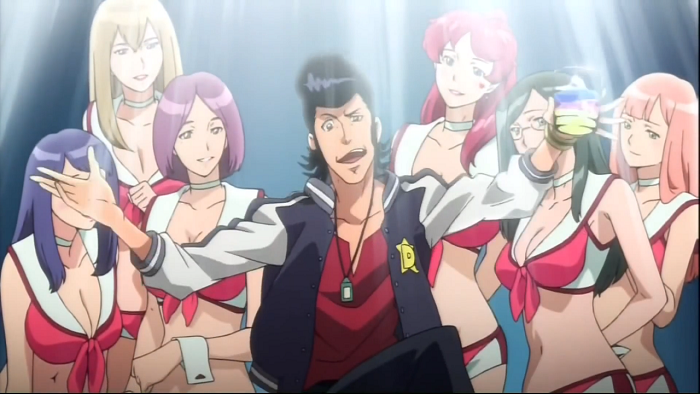 This is an awesome comedic sci-fi anime, directed by a famous director Shinchiro Watanabe. The Space Dandy, an alien hunter, rockets around space with an A.I. robot vacuum named QT, finding and registering as-yet-unknown species of intergalactic creatures. 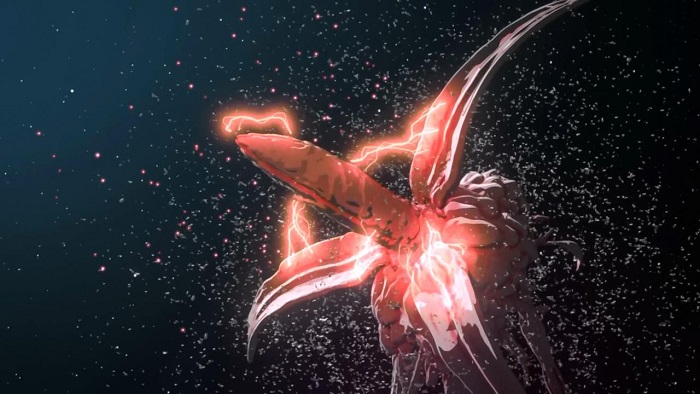 In a bleak future where Earth has been destroyed by a monstrous alien species known as "gauna", humanity has been forced to make its last stand on arks called “seed ships”, out in the vast regions of space. Humanity's only defense are the pilots who fly out and fight the beasts in their mechs known as "guardians". 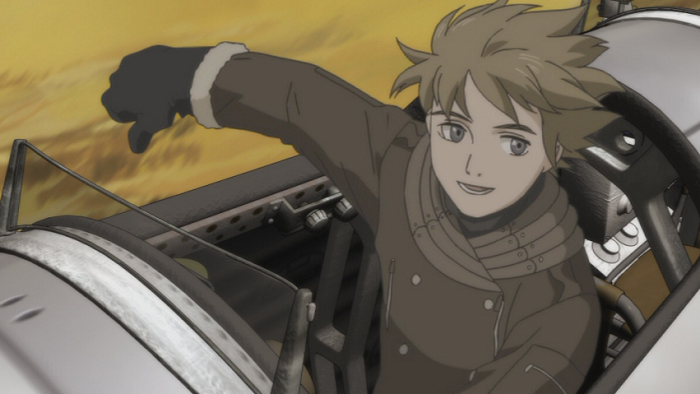 Two vanship pilots on the planet Prester are drawn into the bloody battle between the countries of Anatoray and Disith, and ruling at the center of it all is the corrupt and ennobled "Guild", led by the wicked Maestro Delphine. 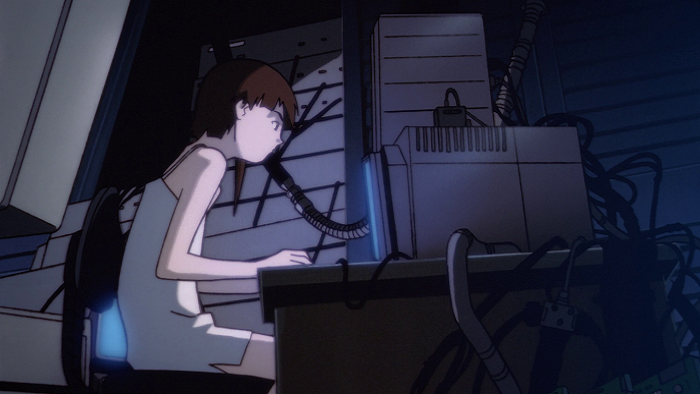 A young girl named Lain begins to peel back the hidden world of the online Web, and how much it blends with what we consider to be reality. In that sense, the anime asks all kinds of questions: Is God hidden in the Internet? Is Lain God? If not, who is Lain really, if she even exists? 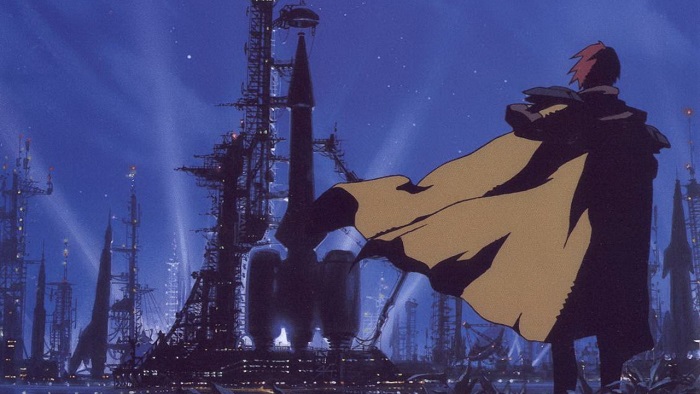 Bounty hunter Gene Starwind and his sidekick - Jim Hawking - embark on an adventure upon the eponymous Outlaw Star, not only seeking the coveted and mysterious “galactic leyline”, but also colliding with a vast variety of characters, alien worlds and races. 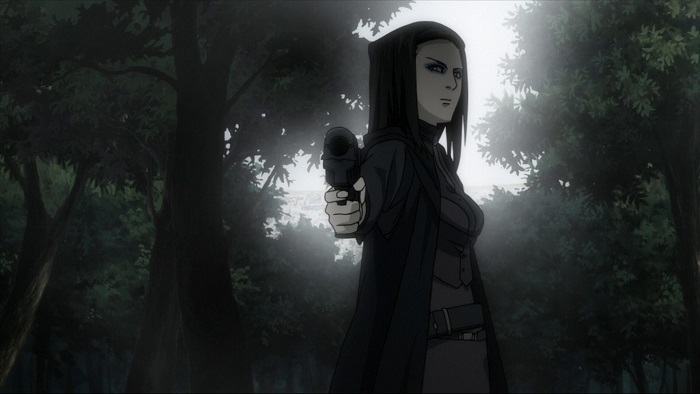 Those who survived the decimation of the Earth due to the effects of pollution have enclosed themselves in domes. In one such dome called Romdo, artificially intelligent androids called “autoraves” get infected with something called the “cogito virus”, where they become self-aware. Underneath it all, a strange, god-like being of myth called a “proxy” has awakened, seeking the truth of its own existence in the midst of this broken world. 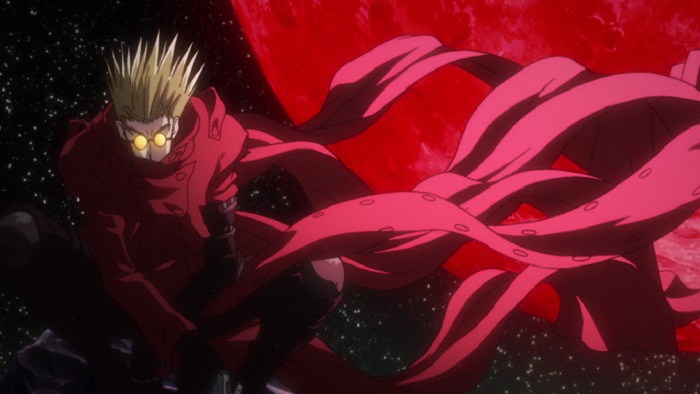 On the barren planet of Gunsmoke, humanity is trying for a second chance at establishing a place for itself in the cosmos, getting their electrical power from beings called “plants”. One such plant walks and talks freely as though he too were human: he’s Vash the Stampede, as known as the humanoid typhoon, a character with a painful past, seeking to carve out a path for humanity where it can live in peace without the need for violence and bloodshed. 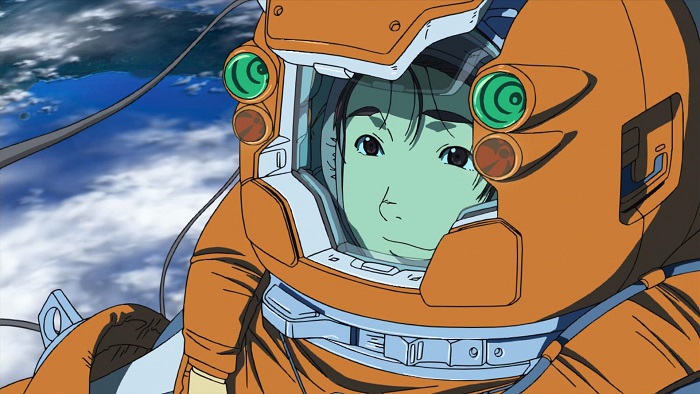 This sci-fi anime takes place in a future where going into space is no longer a novelty, and exists as an everyday thing. Even though it doesn’t delve into any deep, angsty, existential sci-fi tropes à la Blade Runner, it still manages to give a smart, heart-warming, and at times emotional look into the lives of...space garbage men and women.