20 Surprising Dragon Ball Z Facts You May Not Know

You think you know all there is to know about the Dragon Ball franchise? Not a chance! What would an anime based off a 500+ chapter manga be without tons of behind-the-scenes goodies? Here are 20 of the most interesting Dragon Ball, Dragon Ball GT, and Dragon Ball Z facts. 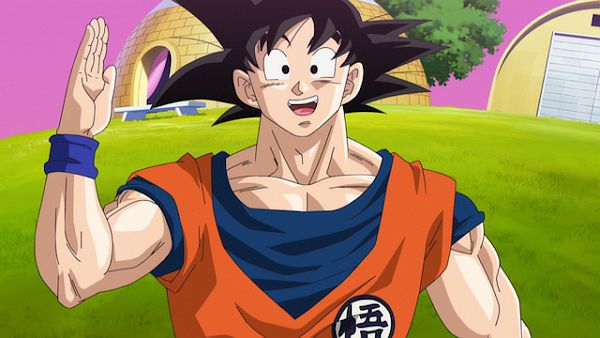 Love it or hate it, Dragon Ball Z is a huge show. So huge that its creator, Akira Toriyama, has openly admitted that he can't remember all the little facts, super moves, and final forms in his magnum opus. That's okay, Toriyama, because though you might forget some details here and there, rest assured that Dragon Ball Z super-fans will not.

Ready to face the facts? Prepare yourselves for the vast amount of Dragon Ball Z (as well as other series in the Dragon Ball franchise) knowledge to come!

You're probably older then Piccolo. 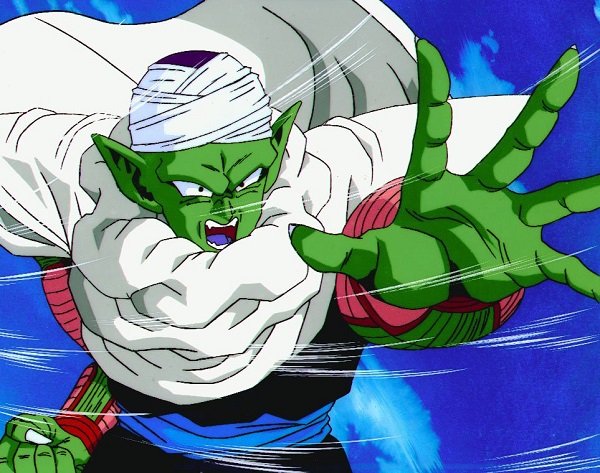 Namekians age at a much faster rate than normal humans. That's why, during the Dragon Ball saga, Piccolo was able to fight Goku as a nearly fully grown Namekian, despite the fact that he was 3 years old. At the start of Dragon Ball Z, Piccolo was only four years older than Gohan. Kind of puts a weird spin on their surrogate father relationship. 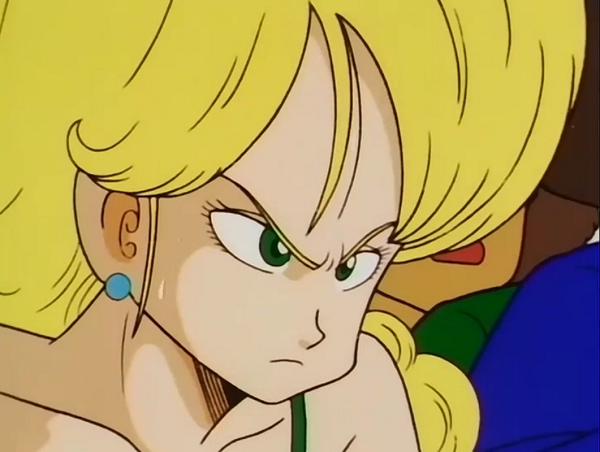 That's right everybody, the reason the character Launch stopped appearing in Dragon Ball Z was because Toriyama forgot she existed. 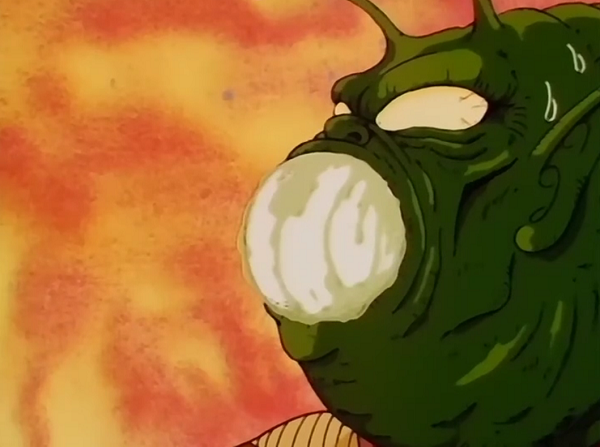 Have you ever wondered why there are no female Namekians? The answer is, well, because they don't exist. Namekians reproduce by birthing eggs through their mouths. These Dragon Ball Z facts just get weirder and weirder.

Sean Schemmel passed out during a recording of Dragon Ball GT. 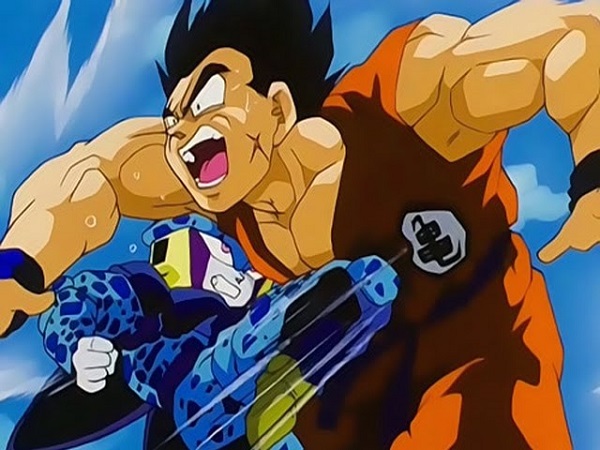 In every single saga of Dragon Ball Z Yamcha will at some point either be killed, severely wounded, or already dead. This is probably the least surprising fact on this list.

Goku has only killed two villains in Dragon Ball Z. 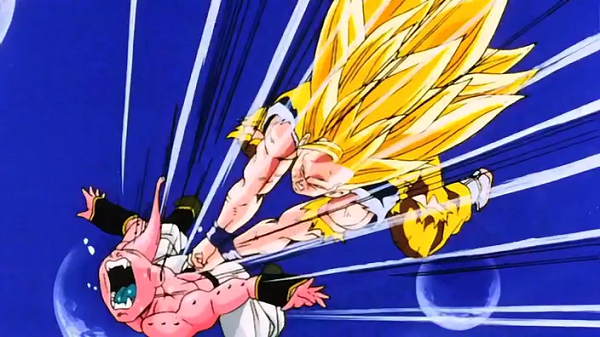 Goku has a bad habitat of showing mercy to genocidal maniacs. The only villains Goku kills are Kid Buu, a creepy pink creature with a bad attitude, and Yakon, a Babidi henchmen no one cares about.

The reason Cell transformed to his final form so fast is because Akira Toriyama's editor hated the character design. 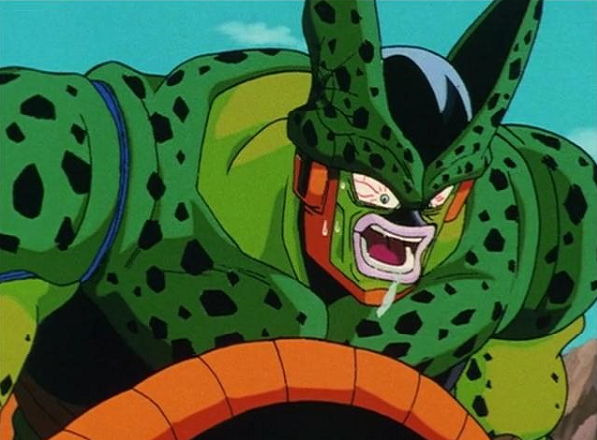 The original airing of the "Goku vs Frieza" fight is ridiculously long.

Yes, that is a 4+ hour YouTube video. The "Goku vs Frieza" fight is the longest battle in anime history with a running time that is longer than many completed anime series.

There are an absurd amount of battles in Dragon Ball Z. 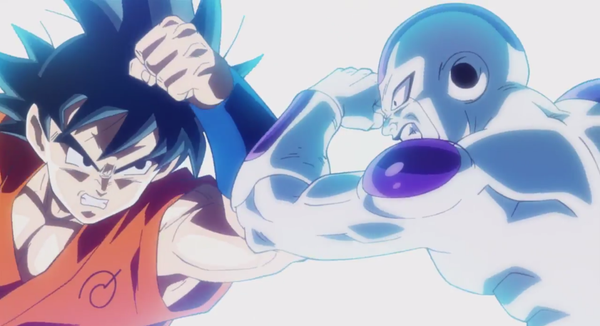 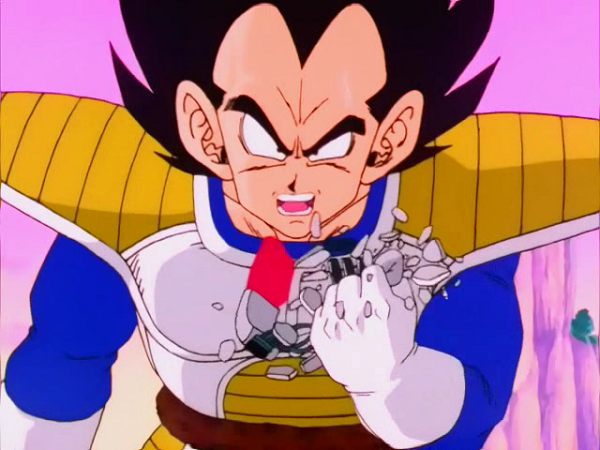 That's right, one of Dragon Ball Z's most popular catchphrases was changed from the original manga's dialogue.

The director of the infamous Dragon Ball Evolution never watched a single Dragon Ball episode or read the manga before filming. 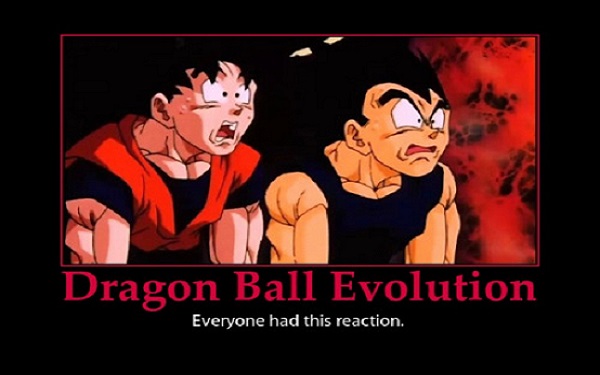 You would think that 20th Century Fox would pick a director who, at least, has a passing interest in the franchise for the film adaptation. The studio picked director James Wong, who had no idea what the Dragon Ball franchise was all about till he was already knee deep into the production of the movie.

Frieza has more in common with real estate agents than Darth Vader. 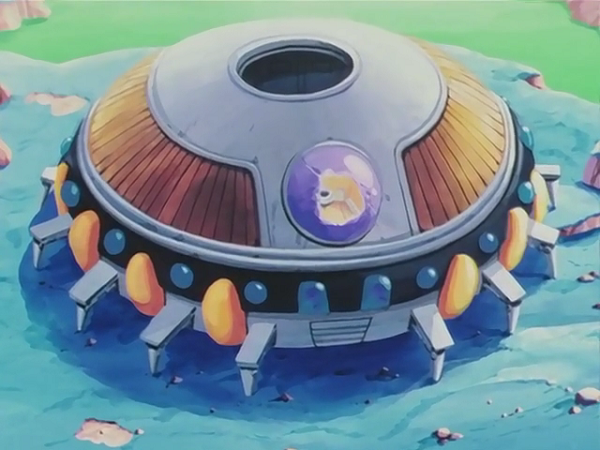 Frieza is the leader of the Galactic Trade Organization. This organization conquers planets and proceeds to sell them at galactic auctions. This is because Akira Toriyama considers people involved in the real estate business as "the worst kind of people." 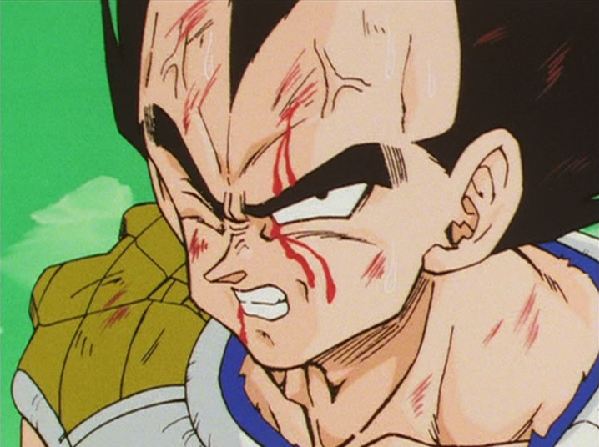 Vegeta almost always calls Goku by his Saiyan name, Kakarot. As a matter of fact, you can even count the number of times Vegeta has called Goku by his preferred earth name with just two hands - 8 times, to be exact.

What do Cell and Piccolo have in common? 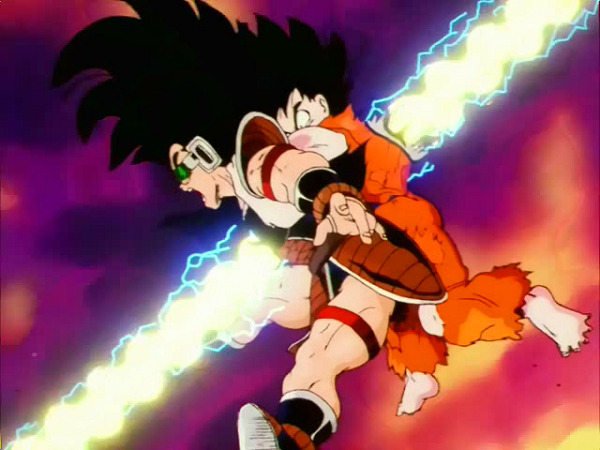 Other than the fact that Cell was created using some of Piccolo's genetics (along with most of the other Z fighters), they are the only two characters in the Dragon Ball Z saga to kill Goku.

Tien and Chiaotzu go UP! UP! AND AWAY! 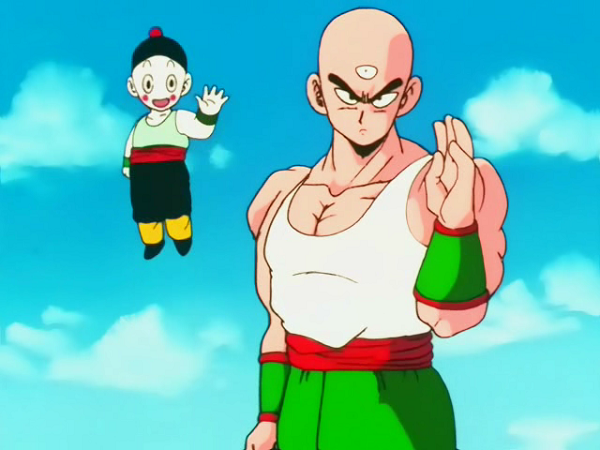 They were the first Z fighters in the Dragon Ball franchise to be seen flying (not on a cloud). They were taught by Master Shen.

Goku's battling average is nothing special according to the Martial Arts Tournament. 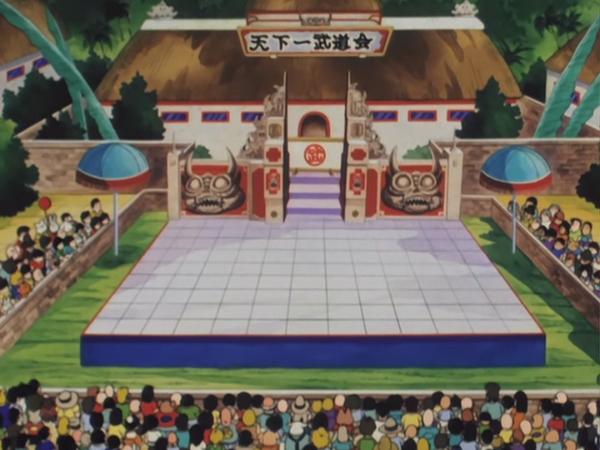 Goku has been in the World's Martial Arts Tournament six times, but he has only won once.

Mr. Satan is the champion of the world. 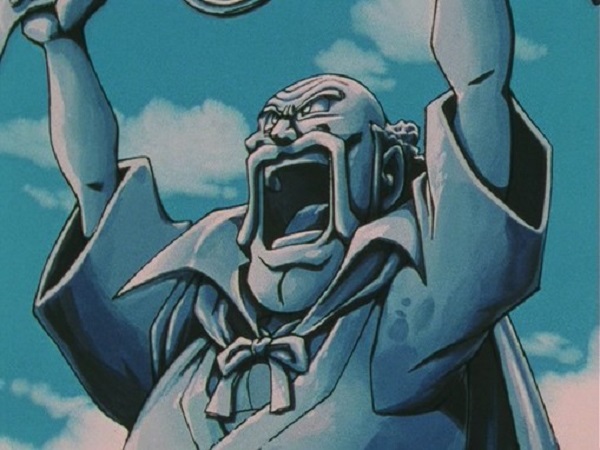 Mr. Satan hasn't died once in the entire saga, despite being weaker than even Chi-Chi and having been within arm's distance of some of the series most dangerous villains. 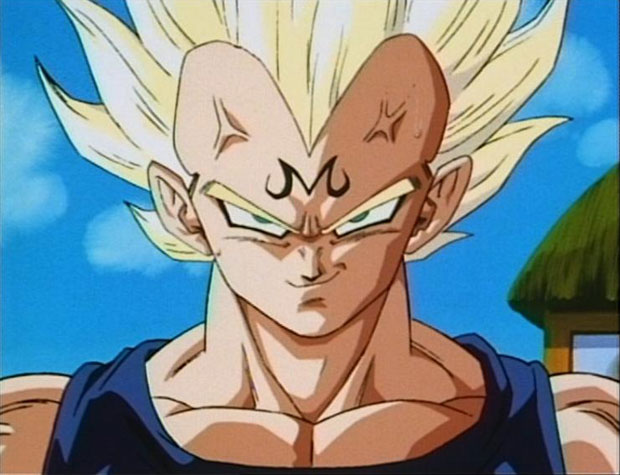 The first time the audience sees Vegeta openly showing affection for Bulma and Trunks is when he is in his Majin form. Ironically, his Majin form is only supposed to bring out the evil in people.

Bulma is a smoker. 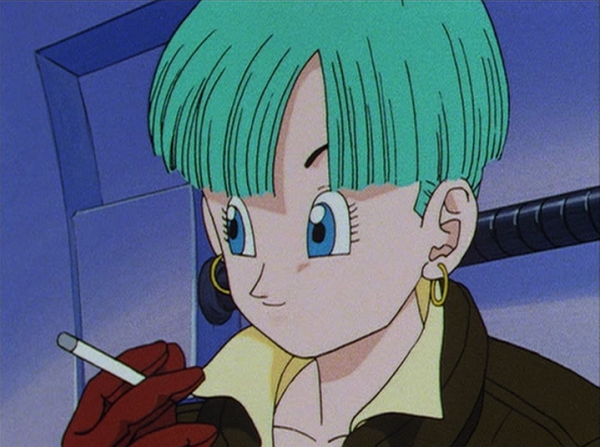 Throughout the franchise, Bulma can be seen occasionally smoking. If I went through what Bulma has to on a regular basis, I would probably work myself through a pack a day too.

Chi-Chi's hatred of Super Saiyans is a Japanese inside joke. 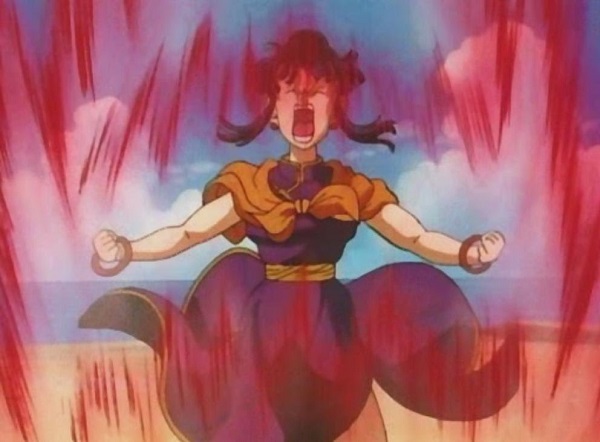 Throughout the series, Chi-Chi shows absolute disdain whenever Goku, Gohan, or Goten turn Super Saiyan. She will often call them "monsters" or "delinquents" and she despises their Super Saiyan hairstyles. This is because in Japanese culture, a teenager going out and dying their hair blonde is considered by many parents as a form of rebelling against the family.

There you have it folks! Some interesting Dragon Ball Z facts. I hope you anime trivia nuts are satisfied. Thanks for reading!