Majo no Takkyuubin (Kiki's Delivery Service) is a story about a thirteen year old girl who embarks on her one year journey away from home. Let's take a closer look at some important elements noticed throughout the film. Spoiler alert: The article contains plot developments. 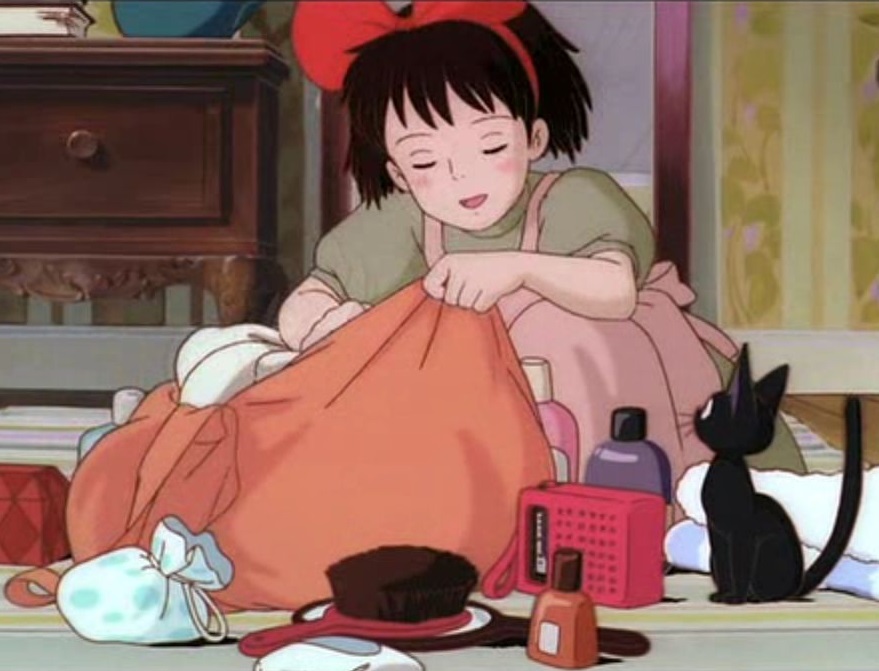 Our first glimpse of a bag in the film is when Kiki is preparing to leave for her year away from home to train as a witch. Either this bag is bigger than it seems, or it’s ‘magically’ bottomless. At this rate, her whole room will be traveling with her.

Visit from a Friend 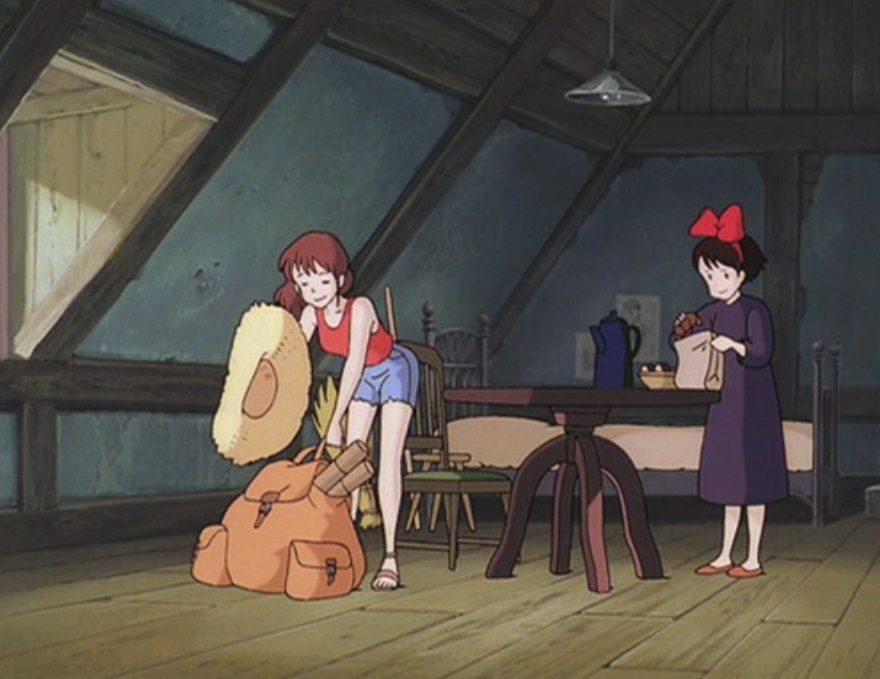 Ursula, a friend of Kiki’s, has come to visit. Her bag is the same shade of orange as Kiki’s, only styled as a backpack with two side pockets. As an artist, it’s no wonder she has scrolls hanging out of the main pocket of the backpack.

Please Use Mine, Not Yours 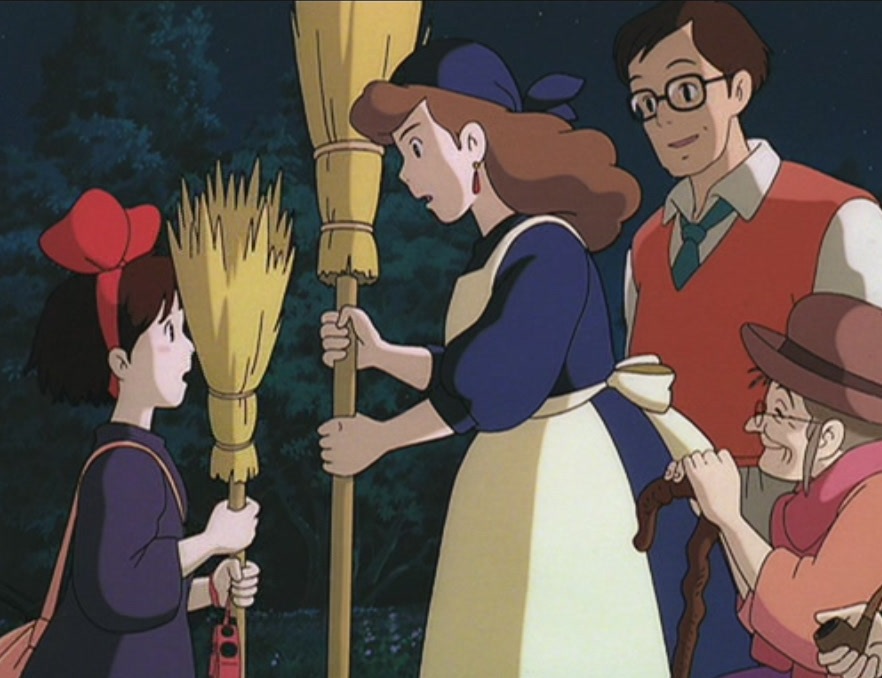 It’s time for Kiki to depart, and as a witch it’s only fitting that she would fly away on a broomstick. If you had the choice between Kiki’s new broom and her mother’s older, reliable broom, which would you choose? Kiki doesn’t get a choice in this matter and alleviates her mother’s worries before taking off. 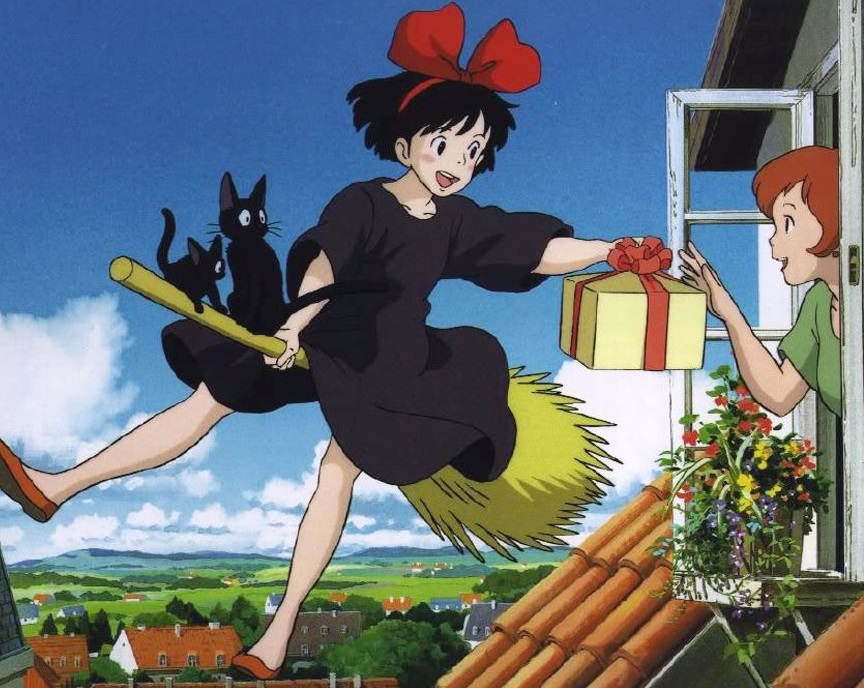 Kiki’s a witch with a broom and the ability to fly. As she begins to think of what she can do to help the people of the community, the idea to open up a delivery service is born. 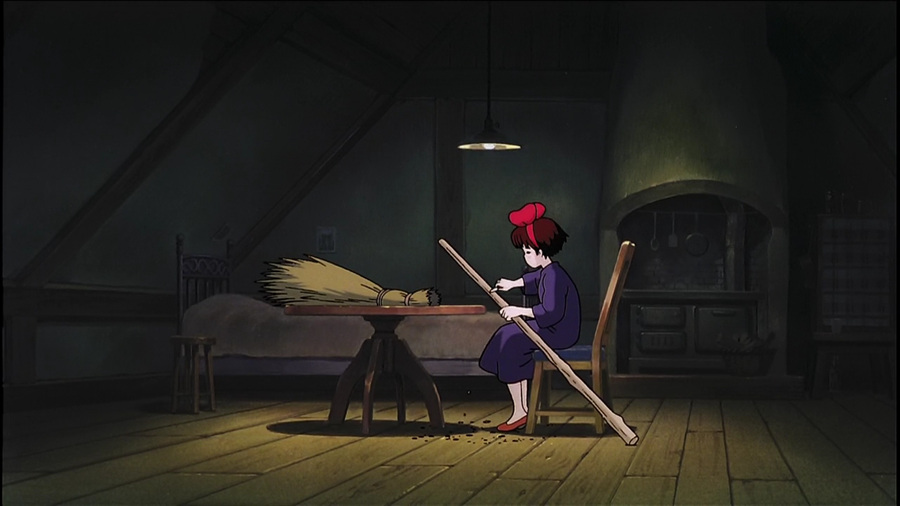 Maybe the delivery business was more than Kiki could handle. Feeling discouraged and out of sorts, Kiki’s magical ability begins to wane, and without the power to fly she can’t possibly run her business. Again and again Kiki attempts to fly, but under the strain her broom snaps. 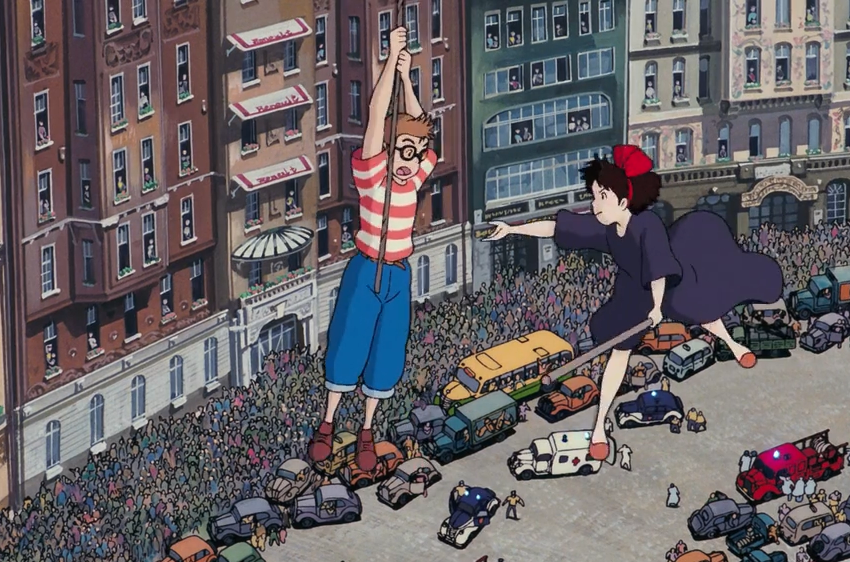 Tombo is caught in the deflation of a blimp as it travels across the town. He’s hanging on by a rope, and Kiki rushes to save the day. Along the way to the destruction, she grabs a citizens dust broom and gathers her powers to fly. 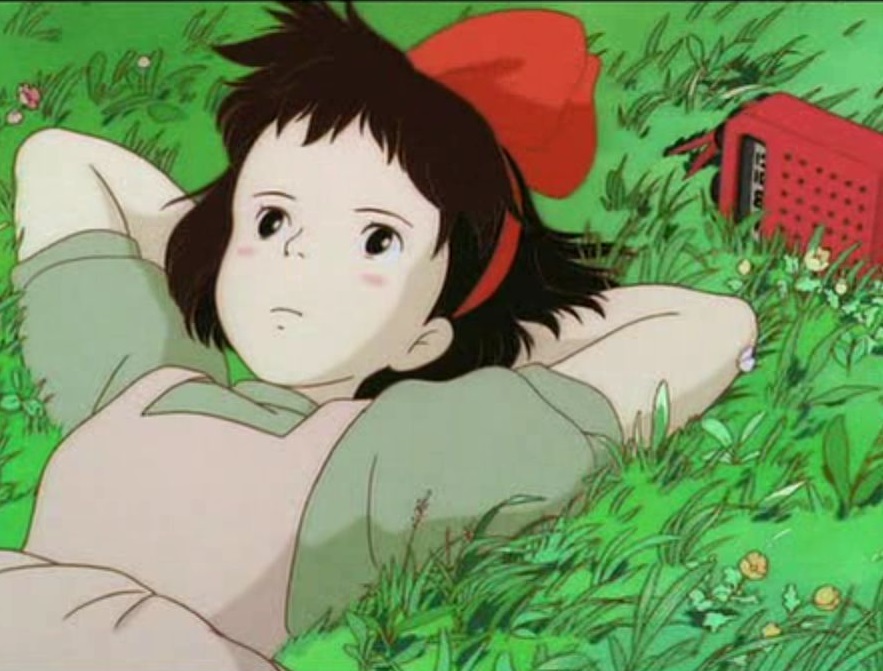 Kiki’s Deliver Service begins with a broadcaster speaking through Kiki’s father’s radio. She has an attachment to the radio and requests to take it with her when she leaves home. When she flies around on her broom, the radio hangs off with a strap.

Jiji is a Stuffed Animal? 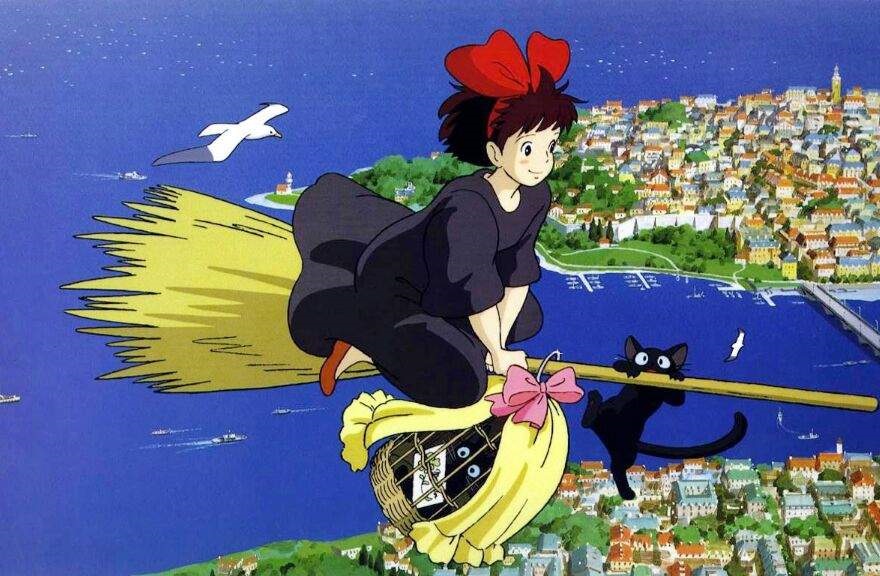 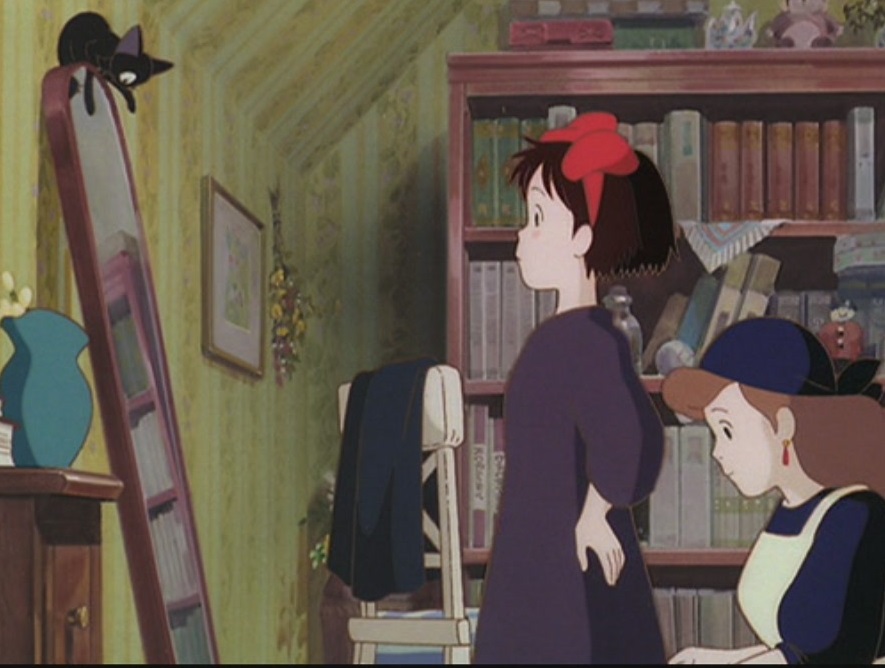 It’s said that a girl wearing a dark purple dress is known to be a witch. Kiki’s mother made her the dress and emphasizes that it’s been a color that witches have worn for ages. Even though she finds the purple dress unfashionable, it might not be so bad if Tombo takes notice of it.