The Two Openings of Magi: The Labyrinth of Magic!

The Magi series is filled with nothing but whimsy and wonder for the viewer. It's laden with bright colors and wonderful animation that makes the heart flutter. The characters are charming and each have their own personalities that make them shine as individuals. There are so many things that make the series unique, but one of the most important things has to be the opening. So, lets take a moment and break down the openings and what they reveal for every first time viewer!

Magi: The Labyrinth of Magic is an anime that is filled with magical entities and evil, and the first thing to give that away is the opening sequence. It practically introduces all of the characters that you will see throughout the anime, starting with Aladdin himself. This first glimpse at his face proves that it will be an adorable anime with amazing animation, and as it continues, we meet a new character who seems to be friends with Aladdin, named Alibaba.

While the OP showcases all of the different characters, it also showcases their powers. For example, Alibaba seems to have some power in the color of gold, while another character has powers that are colored black. It gives us insight that this isn't just going to be another cutesy anime, instead, it's going to have some action thrown in to give some suspense.

Another scene that stands out is one of Alibaba and Aladdin standing in front of a giant door. For a first time viewer, this must stand out from the rest. The animation and art style is lovely, and the addition of a large door (which shows up in the second OP as well), really brings some intrigue that makes the viewer wonder what the anime is really about. 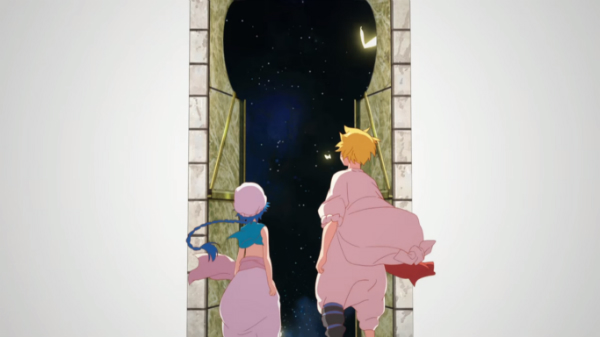 The first thing we see out of this opening is a sequence with butterflies that resembles a lot of Bishoujo Senshi Sailor Moon S's OP. Considering that this is the second OP in the series, the viewer already knows that the anime is more magical than most. However, putting in this little easter egg to a well known and well liked magical girl franchise makes it glaringly obvious: this anime is magical! 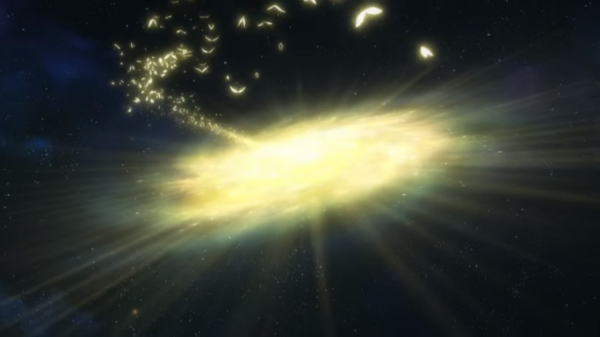 The intro continues and pans the butterflies into a shot of Aladdin's face, which is filled with childlike wonder and happiness. It then shows Aladdin flying on his magical carpet above the water, giving the intro a start that is light and airy. However, the whimsy of the intro doesn't last for long. 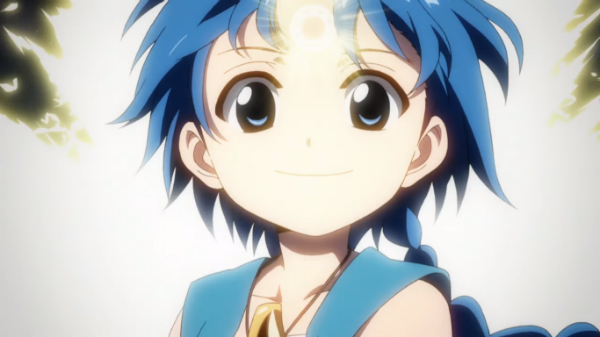 Alibaba is shown in an ally way with a mysterious magi, who is shadowed and hidden. Black butterflies appear around his frame, and it pans into a shot of these three evil looking magi. This turns the intro from whimsical to serious. There is a threat, and the OP is letting the viewer know that right away. After a few more dark frames, the OP goes back to its cheerful animation, but there is still a sense of apprehension for the viewer. 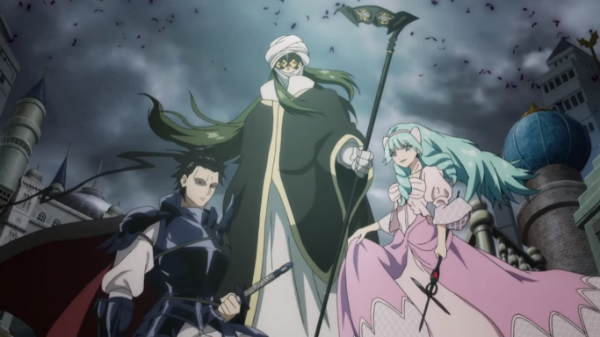 The last thing that stands out, once again, is this door. For those who haven't seen the anime and are just trying to get an idea of it from the intro, this door is looking mighty interesting. What is its meaning? Where does it lead? Why is it important enough to put in both openings? The only way to find out is to watch the series! 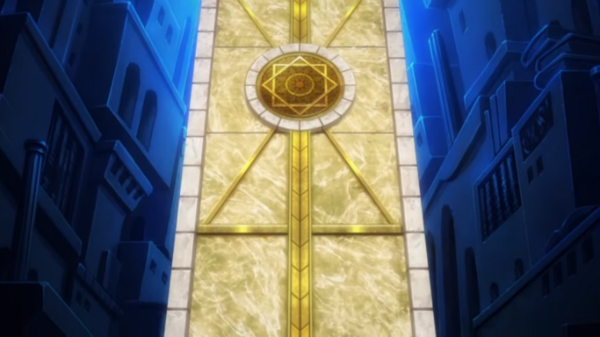 All in all, the series is filled with nothing but wonderful animations and bright colors. The OPs both tell the story of the anime, and give little hints and clues as to what the viewer is getting themselves in for!