Top 15 Epic Anime Families: Family will Always Have Your Back

Now is the time of year when family members from both near and far gather to reconnect. This goes for anime family members as well. Check out this list of 15 of the most memorable anime families out there, who have gathered just in time for the holidays! Just remember, every anime is different...

You will surely find at least one anime family you can relate to! 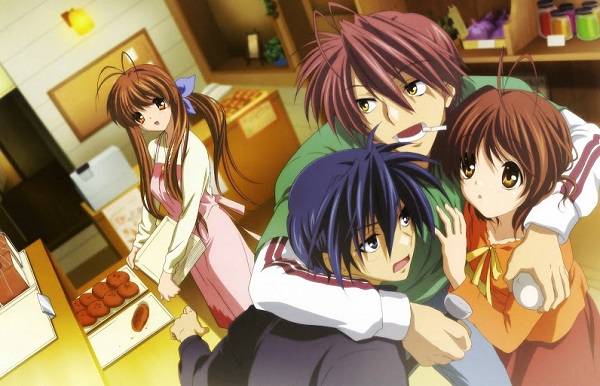 For every series out there, there is at least one anime family that stands out from the rest - for being either superbly heartwarming or terrifyingly horrific. Whichever the case, these anime family members will definitely remind you of how strong the unwavering bond of family can truly be. Here are 15 of the best and worst anime families ever!

Do you dream of an anime family that will make you smile? 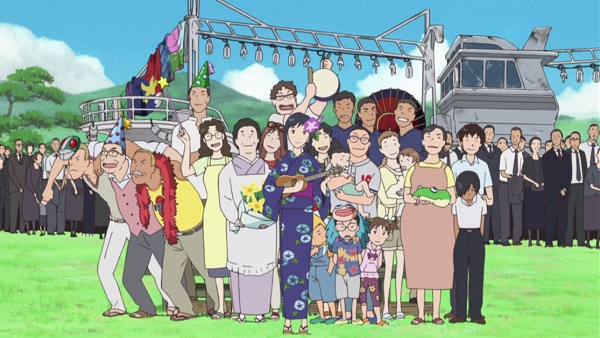 Nothing like racing against the clock to save the world from an evil computer virus to strengthen family bonds. Summer Wars is an animated movie about what an anime family can accomplish when they work together, across generational lines. From the gamer kid, Kazuma, to the determined great-grandmother, Sakae, the diverse personalities in this large extended anime family are easy to fall in love with.

From: Tonari no Totoro (My Neighbor Totoro) 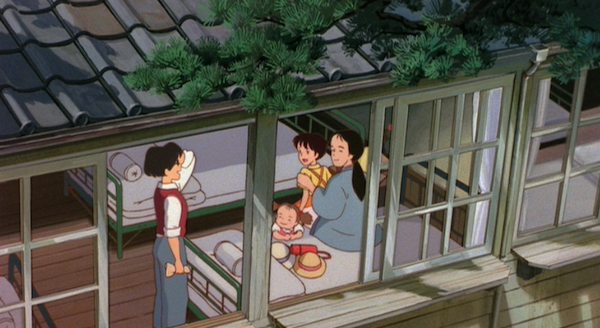 The Kusakabe anime family is one that I wouldn't mind living with at all. The carefree dad, Tatsuo, is able to crouch down to the childish level of his daughters, Mei and Satsuki, who seem to find all sorts of magic in everyday life. Everyone also cares deeply for the mom of the family, Yasuko, who is shown to be staying at a nearby hospital for health reasons. This Ghibli anime family is filled with the gentle warmth of love and understanding. 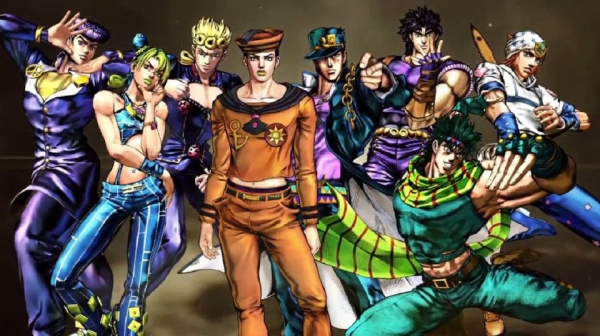 The ongoing Joestar family line is pretty hard to follow over the generations, as, unfortunately, many of the family members in their line are short-lived. But even if many members die young, the Joestar family lives on, continuing to raise some of the world's most powerful heroes. 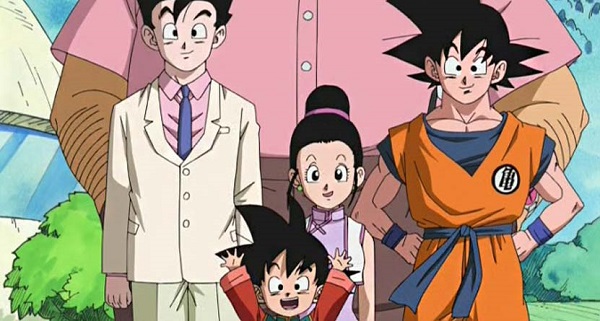 Speaking of hero families, we couldn't go without including Goku, Chi-Chi, Goten, and Gohan in a list of great anime families, could we? These super-strong Z fighters (and Chi-Chi) are both unique and out-of-this-world, in a good way, of course. All anime family members are literally willing to risk their lives for one another, which is a bond we have seen over and over again.

The Godparents and Baby 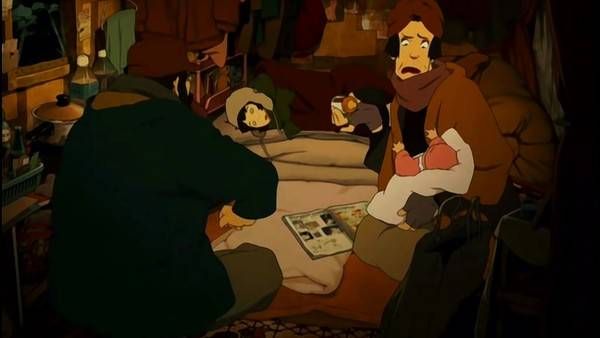 Not all families are related by blood. Alcoholic gambler Gin, transgender singer Hana, and teenage runaway Miyuki are all homeless people living on the streets of Tokyo, rejected by their traditional families. But when they rescue a baby on Christmas Eve, they gradually form an unbreakable bond, becoming one of the closest (and most nontraditional) families in anime. 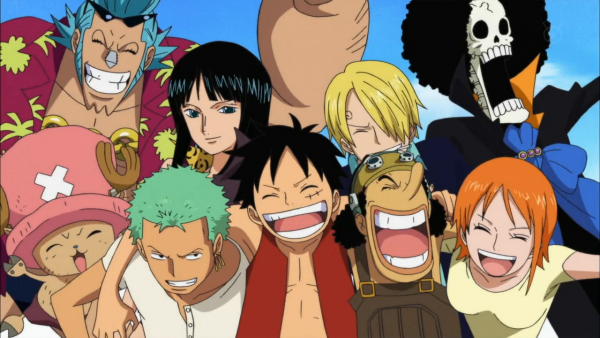 Further proving families need not be connected by blood, the Straw Hat Pirates always emphasizes the importance of nakama, friends with a bond like family.

From: Ookami Kodomo no Ame to Yuki (Wolf Children) 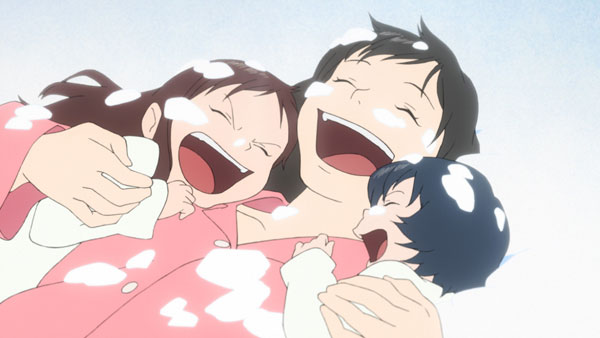 Being a single parent is tough work, especially when your kids are half-wolf. Hana more than lives up to the challenge in this heartwarming movie about a unique anime family, sure to bring viewers of all ages to tears.

Do you crave a more "unique" type of anime family? 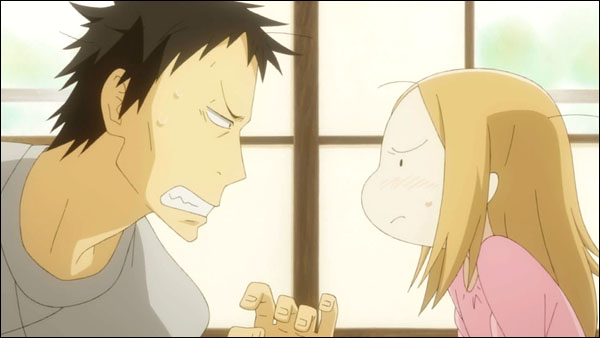 Really, if you're just going by the anime or the first four volumes of the manga, there aren't any reservations. Daikichi raising his dead grandfather's illegitimate daughter Rin is incredibly sweet and heartwarming. But then there's the ending of the manga, which just had to get squicky... 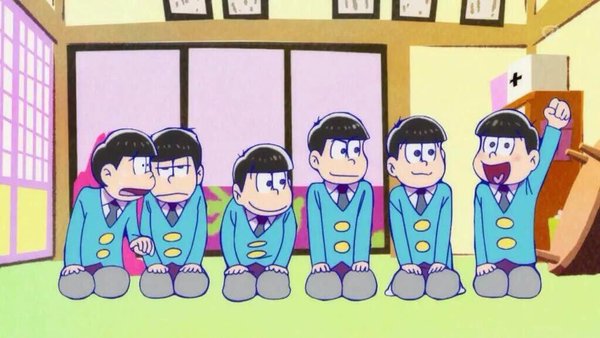 Six same faces! SHAKE SHAKE! The Matsuno sextuplets are a bit of a dysfunctional bunch, and their parents aren't always the most helpful. Kind of cruel for a mother to set up "job interviews" to decide which three kids she'll take care of, isn't it? Nonetheless, we can't help but love these anime family members. 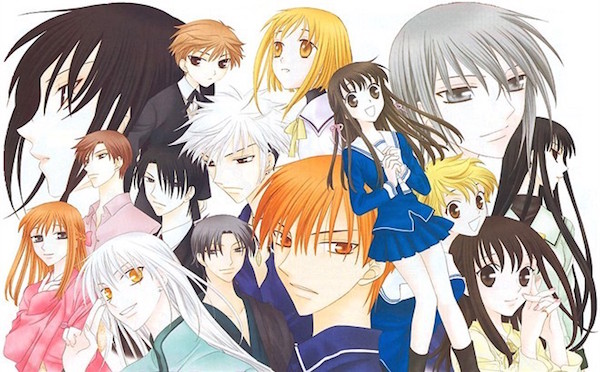 The Sohma anime family is full of both bitter rivalries and terrible abuse, but there is also an undeniable love between them all. Those who carry the family's curse transform into zodiac animals when hugged by someone of the opposite sex. They also face rejection by uncursed relatives. The cursed Sohmas are all ultimately good people, even if they can't see it themselves. Even the manipulative Akito finds redemption (in the manga, anyway). 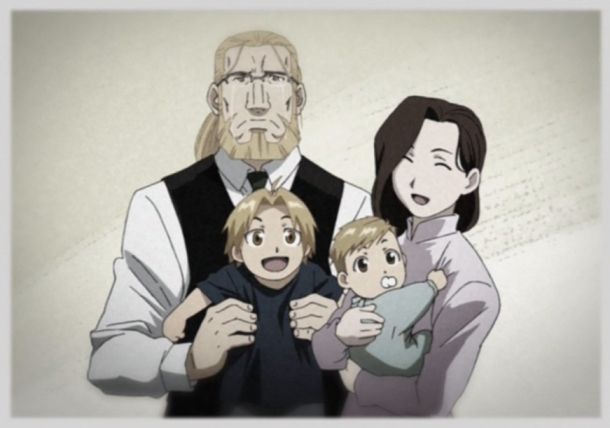 As far as sibling friendships go, few are as strong as that of the Elric brothers, Edward and Alphonse. Ed gave up a limb to save Al's life... literally! As for parents, though, there's their beloved but dead mother Trisha, unfortunately revived without a soul as the homunculus Sloth, and their father Hohenheim is notably absent from their life.

What about an awful anime family that is also fun to watch? 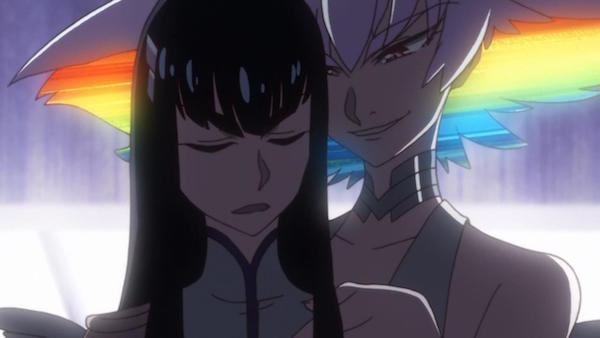 So the majority of this anime family is pretty cool. Satsuki's cool, as are her deceased father Issin and estranged sister Ryuko. But there's a reason Issin and Ryuko don't use the Kiryuuin name anymore, and that reason's Ragyo, the single worst mother in all of anime. She single-handedly drags this anime family down into awful territory. To say more would require a trigger warning. 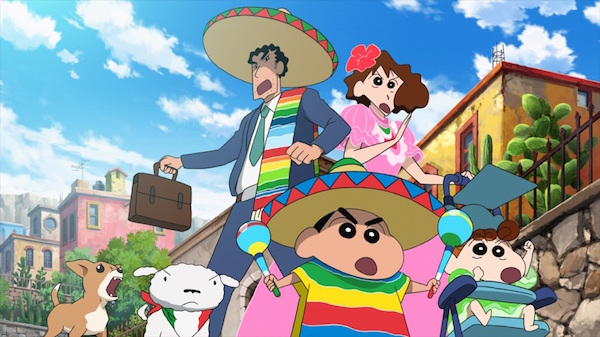 Maybe their worse qualities are lesser in the Japanese version, but the dubbed version of Shin-Chan shows the Nohara family as extremely dysfunctional. The dad's a sad alcoholic, the mom's probably psychotic, and the son's a brat who shoves his butt and privates everywhere. Pray for the baby daughter. 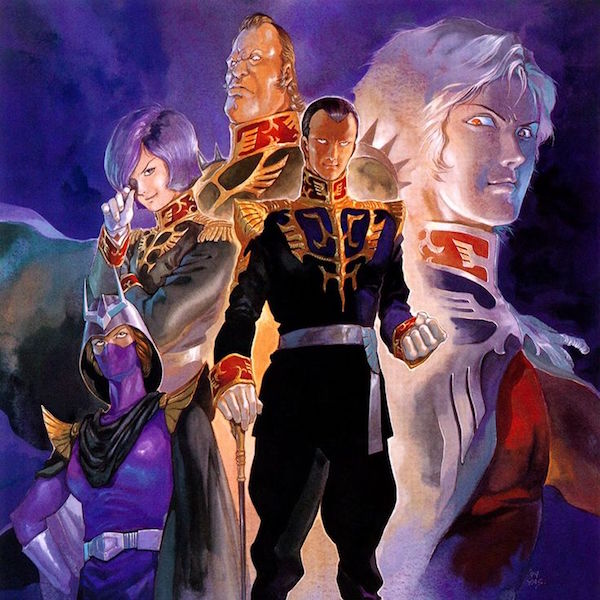 A royal anime family of evil and corruption, perverting the original ideology of Zeon. Young Mineva managed to turn out OK, but her anime family name was already ruined for her. 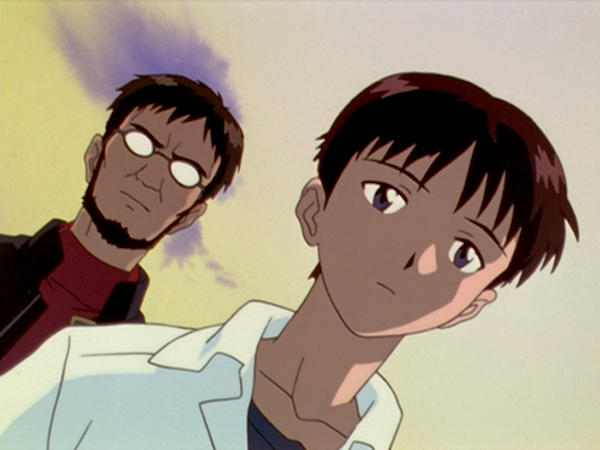 Some people just hate Shinji, and to be fair, he did selfishly screw the whole world over in End of Evangelion. But if your father was an abusive, neglectful jerk who constantly told you he hated you and only needed you around to pilot a robot and your mother was simultaneously dead, inside the robot, and there was an unnervingly attractive clone your age with the power to crush everything around you, you'd be pretty damn messed up in the head too, wouldn't you? Worst anime family ever!