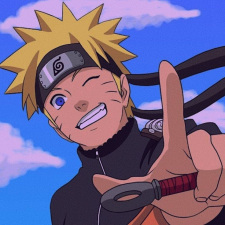 I dropped ahiru no sora . It's very generic and i watched many sport anime like it . Besides the animation isn't good enough for a sport anime and i don't like the characters design especially their mouths

Beastars is fine . Nothing excellent but it's unique and maybe it will become better . I'm not a fan of the CGI though

I dropped assassin's pride after the first ep . I didn't like it and it seems like it will get worse

I watched only 1 ep of no guns life and the story and direction the anime is going to take aren't clear so i can't really judge . I'm going to watch the rest of the eps that have already aired and decide to continue or drop it

I watched some other anime. None of them is great but there are some pretty good ones

I can't judge yet but it seems lik this is a good season . There are many sequels and interesting new anime
Did u start watching anything from the season?

watching anything good this season ?

Yeah aot is my favorite anime of the season too . Unfortunately it will have only 10 eps :/
I like ep4 more . Levi vs beast titan was cool but it was very short . The manga readers were hyping it so much so i had high expectations that's why i was disappointed a bit
I didn't really feel any thing about Armin's death . Erwin's death was a lot better in my opinion

Kimetsu no yaiba is good but it's not very interesting. The animation is the best thing about it
I like ep 1 so much but the other eps were just fine , i didn't find myself attached to the story and i felt like something was missing
The last ep was good though and it seems like it will get better now

Yeah fruit basket is cute and lighthearted , i need a comforting anime like that after all the deaths and blood in aot,kimetsu no yaiba..etc every week xD

It's pretty good but i was expecting something better since the manga readers praised it so much
I see that you watch some of the seasonal animes . What do u think about this season?

Oh okay xD
Will you disappear again or you are back now? :P

Oussema Apr 2, 2019 1:36 PM
No problem
i was starting to get worried but it seems that you're fine. I hope that everything is okay

Yeah it was very good. Entertaining and motivational stroy + Good drama, characters and chemistry between them
I was waiting for the moment when all of them meet together after winning the race and i expected a great and emotional scene but it wasn't really good . That's my only complaint
I don't think that a sequel is necessary and it won't add anything, it will just repeat the same things and become boring slowly

Neverland was good too but the cliffhanger in the end was bad
I felt that the anime was rushing things sometimes and it skipped many details. The most important thing that was missing is the internal dialogues, they rarely show us how characters think or how they build their theories they just give us a conclusion to their thoughts. In this kind of stories it's necessary to see how everyone is considering every possibly and how they strategies.
It seems like these dialogues were in the manga but the studio skipped them. This is the worst thing in my opinion and the anime could have been a lot better if they included them
Other than that the story was exciting ,some plans and plot twists were pretty good and there are some good dramatic scenes with nice OSTs. I also liked the main trio

I didn't expect a sequel too

Yeah i don't like chibi animes too
All Comments