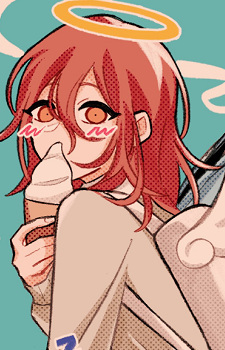 Shinah Yesterday, 3:53 PM
LMAO, is that Dimitri's voice actor? I have notifications on for some artists and all of them are Japanese and jesus there was this one time when I got like 15 notifications one after another in Japanese and my phone was on vibrations/sound at 5 am in the morning, i thought something happened but there was this one person tweeting about a new manga chapter lmfao. I learned my lesson and I'm keeping my phone on silent during the night xd Vegan cakee :3 Some vegan cakes are delicious. Well that's all that matters xd, good to know it was a great day. I like them xd, most of them I bought for their design tbh.. lol
Hehe, we think alike. Yes that one, he looks so damn good. Yeah indeed, she was pretty but her evilness made her ugly. Ikr, I'm hoping for an anime version t.t Yeah, I mean I'm not against the romantic idea and to the "Beauty and the Beast "theme but it was nice if Enkidu was female, indeed he needs to be tamed. Like how toxic this fandom can be it's better how they kept Enkidu's image in the Fate franchise, I'm sure if they were giving the male gender, Enki was probably gonna be treated like Astolfo. Well, any fandom has his own cancerous side.
:) It's okay, I learned a new word. Oh my, okay.. 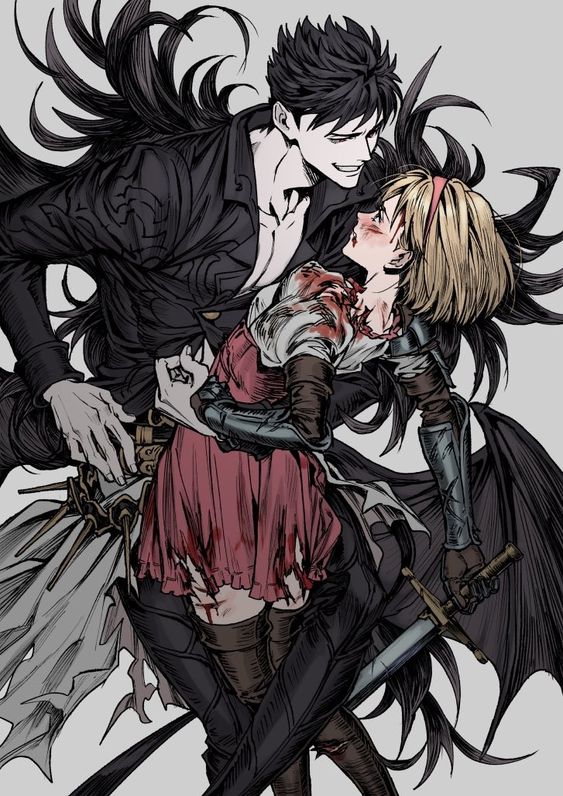 operationvalkyri Sep 24, 2:54 PM
You have that song on your profile. Easy access. Nice!

Auron_ Sep 23, 3:48 PM
Enkidu is cute as a button so I don't blame you there. I really should get to the other Fate stuff than Zero and SN, but I'm definitely not playing a mobile game to follow the lore lol. Gacha gods will not take me! I'll admit my classic novels game is pretty weak (sadly) but I remember seeing that Edmond is sort of an antagonist in the story? I do have a soft spot for well-written antagonists so that's great news. Even not-so-complex ones like Chikage from Hakuouki for umm, reasons lol.

Auron_ Sep 23, 2:46 PM
Ohh going with the theme, I like it! Took a few mins to figure out as I don't know much about F/GO. Well if Gankutsuou's Edmond looked this hot I'd be in my second binging spree haha. But joke aside I will be starting before this profile picture changes! It's already been a few months since you suggested I look into it iirc. Let us talk about it once I get far enough on the show.

Shinah Sep 22, 12:29 PM
Thanks! Yep, I follow that artist, I get notifications when they post something, I love their fanarts sm haha xd Aww, hope you got lots of food and sweets at least. I can never get enough of having bags :))) i can fill my closet with them
Ikr, only people of culture know him and embraced this man. YES, he looks so good with glasses i saw some fanarts with him in casual clothes and he looked so good like wtf? he's perfect with glasses? I'm not sure if those were official art or something but damn. He's a fine looking man. I hated her too, she was pure evil, and Snow White been through a lot because of her but Vil is dangerously pretty haha. I like his design and the fact that Yana Toboso herself drew him makes him more pretty <3 Enkidu is perfect like they are. I'd have loved if the Fate franchise made Enkidu female, in contrast with Gil and their relationship I always saw Enkidu as a girl, they give off a gentle and petite aura, idk but I'm also glad they didn't make Enki like that cus like I know this fandom, it would have been weird and dramatized.. and extremely sexualized too
AKLSFJAF TSUUUUU i didn't know what that word meant and i google it AAA. ig i'll just slide into dms and say the magical word ˵ ͡° ͜ʖ ͡°˵ 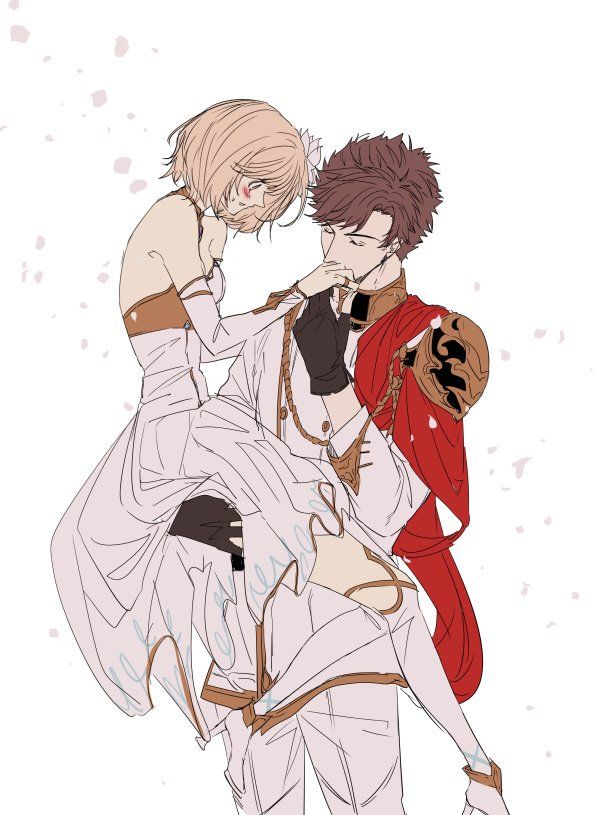 Shinah Sep 20, 2:20 PM
Thanks again, tsu! I appreciate it. Due to having work it felt like a normie day but i'm glad i ate lots of food and got gifts :)))
Ikr, I like his design, I don't know much about him cus I haven't played the game yet but damn who doesn't fall for him, look at his chest, he got boobies and he's packed lmao, not to mention the other qualities..
I like Vil as much as him, Vil is such a queen like (i mean he's inspired by one and you know how much i love traps lmao). I appreciate the offer hehe~ Lemme think, what's the secret word?
Yeah, they look adorable together 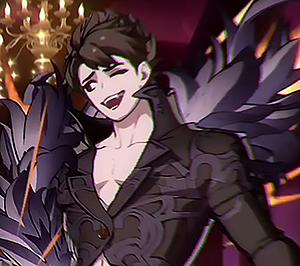 Ikr, this man is just laskjflkfjdlgjdl, I simp him. PERSONAL BELIAL? EXCUSE ME TSUU? WHAT? I- I.. AAAAAAAAAAAAA
Djeeta and Belial together is my new weakness LMAO

THAT PIC AND THE LINE ALKSJFLKSJ SO CUTEEEE

operationvalkyri Sep 18, 7:18 AM
My curiosity is piqued. What things?

operationvalkyri Sep 17, 1:39 PM
Phew. You won't get a Nazi rant in the middle of your driving lesson then.

"If it be thus to dream, still let me sleep!" (Twelfth Night)

operationvalkyri Sep 12, 3:06 AM
Haha, yes one kidney could be sold for that. Do not sell them both!