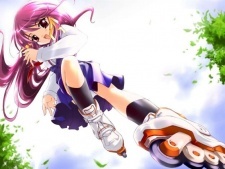 I put up a new LE, a week passed, and only three requests. So I thought I should send this.

To start off, I just want to say, "WE'RE ACTIVE!" We have a lot of games, new LEs, and meme, video, Hetalia, and Touhou threads. The newest LE is Character Spotlight and Kodomo no Jikan LE Part One: Kagami Kuro LE. Deliveries will be made on the same day the LE closes, so don't worry about lateness! Prinny and I each have our own lists of To-do LEs, so check that out if you want to see what's coming up! Please do check it out!
All Comments