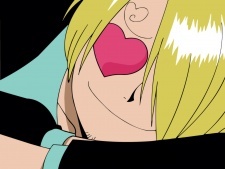 TheSubtleDoctor Sep 14, 2012 10:33 AM
It's like so good. It was really undersold as far as how different it is from every other Gundam series. The world has a very Kawamori-ish feel to it, helped by the Escaflowne-esque Yoko Kano ost.

TheSubtleDoctor Aug 13, 2012 8:41 AM
NOOOO, another person who doesn't care for the Escaflowne movie!

It will likely work better for you after you've seen the series, as you'll have more in your brain to inform the re-imagining.

I knew you'd have issues with Star Driver and completely understand your point of view.

How bout dat animation in DYRL?

TheSubtleDoctor May 8, 2012 1:37 PM
I will hold you to that claim of talking at length about SEED. Keep in mind, I am only a little over 1/3 of the way through, so I could "come around" at some point in the next few months.

Again, so glad you're watching Dendoh. It's so good! I read that, unlike SEED and Destiny, Mrs. Fukuda (I can't remember her actual name, but she is Mitsuo's waifu) was not the head script writer for Dendoh. It was some dude who went on to do a bunch of Kamen Rider and toku stuff, which totally makes sense after seeing Dendoh. Dude, I am totally blanking on Mr. Izumo. I remember Ginga's Mom, of course, since the show forced her screaming presence upon me constantly. What was the big revelation, if I may ask?

Since Apollon is notiminA, I'd expect it to be short, so you probably won't have to wait long.

Well, I'm pretty sure you did one better than me in terms of actually being funny. I got the tag idea from this blogger, occasional podcast guy, Wild Arms Hero. His blog isn't currently that great since he re-branded it. And, if I'm honest, he's actually a pretty creepy dude, all things considered. But, his MAL did have tags. I guess everyone has something good to give =).

TheSubtleDoctor May 7, 2012 9:03 AM
Pirates is a pretty fun show. It isn't designed to blow the doors off anything, but it is a fanciful, procedural science fiction show that is entertaining. Now, Sakamichi no Apllon....I might not be the best person to ask because I am hopelessly in love with that show. I find it to be quiet, beautiful magic. The characters are really well done, and the music is awesome. It's such a good show.

Speaking of good shows, Votoms was freaking incredible. I wasn't expecting it to be as ambitious as it was, and it delivered on its lofty promises, IMO. Great stuff.

YEEESSSSS! Dendoh is awesome! I'm so glad someone I know is watching it. If you got the batch I did, then the subs go into the tank after episode 12, but Dendoh is the sort of show that you could watch raw and understand, so it's not a big problem.

As far as Fukuda goes, and you're going to hit me for this, I am actually enjoying Gundam SEED a lot so far. I have no idea if it craps the bed eventually, but right now I think it is a good show. Most people talk about Kira's combat prowess, but I'm way more impressed with his innate ability to get every single female in the series to fall for him. Dude is a playaaaaah. =) . I am, however, certain that Destiny is going to be pretty terrible. For Fukuda to not get back into anime at all after that shows that he can't even bring himself to do a project (or he can't get work) as a means of redeeming his rep.

HatandClogs Mar 26, 2012 6:15 PM
See, I was weaned on high fantasy as a kid, so even when most of it sucks I still like it, but almost all of it is too long for how crappy it is. Do you dislike Catelyn, or did you just not like her that much? I'm noticing I'm the only one who thinks she's a total boss.

Water 7 is already my second favorite arc, so if it gets better, that's fantastic. It already has had large amounts of Usopp being awesome, something Skypiea was sorely lacking.

Xam'd is slickly written with great characters and amazing animation and designs. It's kind of like Eureka Seven, but I think the word I'd use to describe it is "cool". The series is pretty chill in tone and atmosphere in the best way. It falters some in the second half because it could've used like 6-10 more episodes, but it's still pretty good and the characters carry you through any weaker spots, but as a whole and especially the first 13 it's really great stuff.

HatandClogs Mar 23, 2012 12:17 PM
Well, like, before anime I was all about high fantasy novels, but they're too long and most of them suck too much for me to read them while also working and watching anime, so it's refreshing to read one that is really great. And yeah, I know about the terrible things to come because when I was in like, fifth grade, my brother was reading them but wouldn't let me read them for obvious reasons, so to whet my appetite he'd tell me about stuff that would happen, but the unfortunate side effect is I keep reading the book knowing who won't make it and going :< Catelyn is one of my favorite characters ever, though.

How far are you on One Piece? I've been burning through the manga since about September and I'm in the middle of Water 7, which is great because there is so much Usopp.

Well, that is nice :> Last time we talked things weren't going so hot so that's good that things have improved.

By the way, I mentioned this before but I think you would like Xam'd. It's one of my favorite shows, so I like reading what people say about it(even if it mostly the same opinions).

TheSubtleDoctor Mar 21, 2012 9:30 PM
Going pretty well! Enjoying life, trying not to get too stressed. Just finished up Macross 7 and its tie-ins. Loved the heck out of it, myself, but I'm not sure you'd dig it.
All Comments