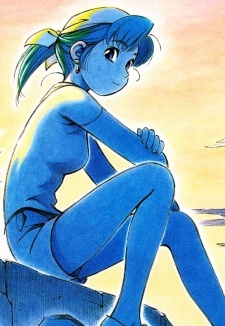 Kurt_Irving Sep 23, 2018 7:22 AM
Hello! you have some interesting taste in anime. Btw, my brother is about to have his 28th birthday this early December.

"Tomo-chan wa Onnanoko!" - Heh, yeah, I suppose that number might look a bit scary, LOL; but each 'chapter' is actually just one page, so it was basically just like reading a few volumes. :) And yeah, it is good! Like, I was totally expecting it to be one of those mostly-static comedic 4-komas, and for the main 'joke' to get old after a while; but it's actually not static at all, there's a real story progression (if rather slow ;) ) and backstory and everything, and there's other stuff going on with the characters' personalities and such, so it's kinda more than it seems. (No real content warnings, either, except some occasional innuendo and some {understandable in the situation} emphasis on the MC's chest when she's wearing certain clothing.) I mean, it's definitely not groundbreaking or anything, LOL, but it's been pretty fun so far, so I'm enjoying it. :)

Amatsuki: Ah, I see. (It's easier to understand if you take it in big chunks though~~ ;D :D ) And yeah, I actually didn't even bother with the anime because I'd heard how bad of an adaptation it was (not only does it 'just stop,' as you mentioned, which is bad enough; it *also* apparently cut out the entire
real-world
side of the plot, which is a *HUGE* part of what gives it both its twistiness and its uniqueness!). But anyway, yay, I'm just glad you're reading it! <3 :D

And Love At Fourteen: Thanks, I do appreciate the warning. :) I'm pretty much with you, though, in that if the show/book/game/whatever is good enough, not much of its content will bother me, LOL. :D (...Also, I'm actually totally fine with age-gap and even student-teacher in fiction {have you seen some of my list entries? :P [LOL :D ]}, just so long as it isn't completely ridiculous. Like, as much as I love Cardcaptor Sakura {both manga and anime, and the new sequel, too! <3 }, that's like the one time age-gap/student-teacher bothered me, because the girl in said 'relationship' {...which, granted, had nothing physical going on at all... and the girl was a side-character anyway, so it didn't come up very much} was like 10 freaking years old. O_____O If the character is in their teens, though, it's not that bad, IMO {fiction-wise, I mean, of course, LOL :P }.)

And thanks! :) I really appreciated the kick the challenges gave me to start working on some of my backlog last year, and I was all fired up for the challenges this year, too (even made up some placeholder lists of what stuff I was going to attempt to tackle!)... however, I gotta say that I really dislike the bingo thing that they're trying this year (^_^;) (or it just being random at all in the first place, really; though the bingo does add a whole other layer of work {and confusion, LOL!}). So I've decided to still do the challenges (especially since I really want to watch and read all the stuff I was planning to use for them anyway :) )-- I'm just gonna do them unofficially. (I'll be putting my personal challenge lists on the blog on here soon to keep track {and prove I'm still doing them, LOL} soon; will link you to them when I do! :) ) Definitely shoot me a link to your form(s) too if you end up entering, though~ :D

Nokatoki Apr 25, 2016 11:16 AM
Yeah thats Tonari no Seki-kun ;D I really love manga and anime. Its funny and cute ;3
I started Yotsuba to and im think im in love :D I think i started some manga you score high
Thank you for wishes <3

Riritsu Jan 30, 2016 10:53 AM
This are the fonts I used: Sassy Molassy and Pacifico Regular.
The background + Hinata version (couldn't find the Kageyama pic though :<) http://imgur.com/a/4Yr2a
and the psd with the base: http://www.mediafire.com/download/zknkrco3qq8unkt/BASE_hina.psd (a little mistake here, should say manga reading challenge instead of watching xD)
I hope you find them useful!