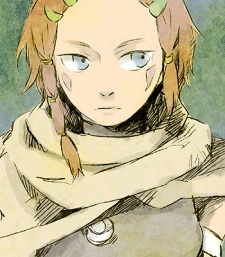 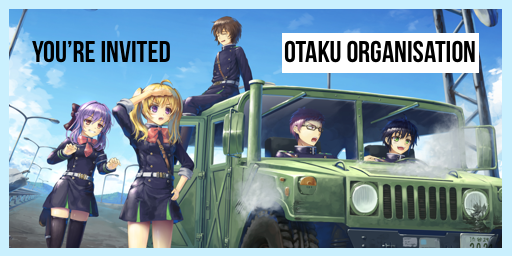 Click Here
Hi! I’m Jackie from Otaku Organisation.
You have been invited to join our amazing club. It's a wonderful club that will soon grow in numbers and provide everyone with a friendly community. You are lucky because you've been invited to this amazing club! Just a warning we are still in our alpha stages so please enjoy and have a look around.

GeneD Sep 14, 2015 8:12 AM
HA. I'm not the one who went off to college and got into gaming and having a social life and being too cool for them Japanimations. Also, you're not the boss of me and first one to 300 will be crowned Ruler of Anime. TheSubtleDoctor Apr 29, 2015 8:20 AM
So, you were right about GARO being a toku show. It's from 10 years ago. Also, interestingly, the anime is already green lit for a second season and so will have many more episodes than the TV show.

TheSubtleDoctor Apr 7, 2015 2:33 PM
We should watch a show "together" (asynchronously) and Tweet/post on MAL about it.

TheSubtleDoctor Apr 7, 2015 2:28 PM
Oooo, yeah, Your Lie in April looks fantastic. Will watch soon for sure.
All Comments