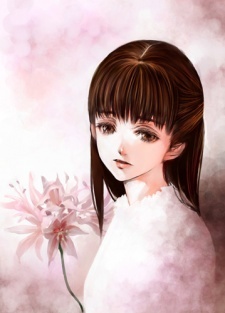 UraNep Nov 21, 2018 1:38 PM
Thank you for your sweet message!!! Yes, I am not ashamed per se, just that I feel dumb saying it since I should have first express how great of a seiyuu and singer he is LOL !! I think indeed, that guys shouldn't feel self-conscious acknowledging another guy's good features :-)

I "was" living in Japan actually for a year around 2016 to 2017 (I was finishing my master degree there) and about two months this summer for an internship in a company!!!! I just forgot to change my location but I am pretty convinced that I will go back eventually.

Regarding my list, sometimes there's a period where I binge watch anime and sometimes I stop because I got no time for that LOL (ironically, especially when I was in Japan) !! But yes, I am pretty proud of my list LOL !! I like yours, by the way, it is very mature ...

Thank you again for your kind words.

Oh but, where are you coming from btw ?

hoyvinglavin64 Oct 29, 2016 6:40 PM
Glad you like my articles. Sadly the featured articles section has become a lot more picky with what they'll publish and their decisions are based off SEO engines rather than quality so I'm probably not going to have as many new articles on the site from now on.

Miya_F_Exia Jun 25, 2011 5:43 PM
I think Suzuken's current condition is so sad...he's such an incredible voice-actor overall...he can go from a serious and "dark" character to a much brighter one and still maintain the same quality. I kind of thought about following Utapuri just for his sake but I'm not really sure...only the future will tell.
And I agree about Mamoru. He was one of my favorite voice-actors as well, but they just keep bringing him thousands of roles and he's starting to sound the same in all of them because he's everywhere. Seriously, whenever I watch a preview for a game he's in it. Whenever I watch a trailer for an upcoming series he's there. It's stressful.

Miya_F_Exia Feb 5, 2011 2:34 PM
Yep! I watched all the KnK last year, since I was waiting for the epilogue but ultimately gave up and became a fan of it. I was already a fan of Maaya, more as a singer rather than a seiyuu, but her performance as Shiki was so great I discovered her value as a seiyuu. As for Suzuken, Shinn was always in my mind and since I did not like him at all I wasn't very fond of Suzuken, but once again, his performance as Mikiya was just so great I became a fan and just then noticed that the seiyuu depends on the character, so he won't make any miracles out of a terrible character (come to think of it, he was portraying Shinn in the right manner, so the problem there really was Shinn to begin with). So now I follow both of them! I guess I said too much ahuahuahu! Anyway, nice to see another fan as well!

yeah, and I think I should ask creator if I can be an admin and help her with club.