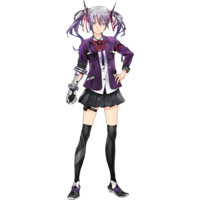 healerblue Oct 4, 2020 4:40 AM
I mean your photo is still nice xD, don't get me wrong and I said nice profile picture since, it is a good photo of Lay and I do like it hahaha. Also thanks ^^

healerblue Oct 4, 2020 4:30 AM
Thanks. Although, honestly I don't know why people say that it's a nice profile picture. I literally just put it there out of 3 reasons. It matches with my layout (kind of), the position of the character looks similar to my previous profile picture (it was of Araragi with same position, facing right, close up) and because I didn't have any other better picture of Touma at the moment xD. Your looks really sharp and well done but I just noticed that it's the same as the one for the character description, which I saw a lot of people do, taking a photo of an anime cover or character and putting as their profile picture.

SheremyDandelion Nov 8, 2019 10:43 AM
Hello, Thank you for accepting my friend request!
Do you speak Italian?