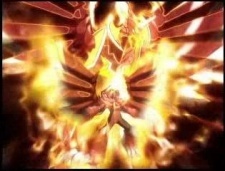 Gween_Gween Nov 9, 4:51 PM
He is one of the most important authors of Argentina and one of the the people who ignited the idea of magic realism, he also did some film reviews, one of them about Citizen Kane, which was acknowledged by Orson Welles himself.

> that you could not have a pattern with only a few eps
I can have a pattern with only a few eps though, just that the structure is not such pattern. You can tell by the first or second episode what they are trying to do, some anime take longer to cook up in such regard because they have more ideas to explore, but others, like gag anime or Takt, have little space to explore other than keeping its execution. I'm watching 14 or something seasonals, I can do now a review about most of them and the main idea of the review wouldnt change even with the ending, maybe adding some interesting details or downgrading because some stories turn into shit by not landing its purpose

I suppose that what MAL tries to do is making the reader read the synopsis and then read the review, to avoid reviews misguiding the viewer about what the anime is

Gween_Gween Nov 9, 8:46 AM
As I said, I don't include the synopsis because the guidelines literally say that you shouldn't because it is in the same page ("Don't include story summaries, users already have the synopsis written for them", or something like that). Including the episode structure could be interesting if it is a useful tool for explaining my point, but I don't like to submit myself to a fixed structure that doesn't guarantee anything. Also, doing a pattern out of four episodes is somehow strange, the second episode didn't even fit such pattern. I had done reviews where I include the general idea of the episodes but they are obviously not the preliminary ones because I can't really expose a pattern that can change midway of the season but a general idea of what the anime is pretending to do and why such pretention could be or not worth it to watch. So did you read the Borges review?

RealKurapikaTard Nov 9, 7:40 AM
Also I read your argument

So what do you think of the popular Chad Reviewers like Panda?

Gween_Gween Nov 8, 11:11 PM
I did the Joker review comment for you to reflect into such position. Reviewers in such case gave negative comments about the film because of X and Y, and that negative comments didnt align with the public because they either didn't see a problem with it, or they didn't even see X or Y. So, to extend such, was it wrong to give such reviews about that film? I don't think so, and I also don't think that a film critic must applaud Transformers 3 just because the audience that watch Transformers 3 wouldn't care about how devoid of anything of substance that movie is. You can say what the target audience is watching this for (And I do in both of my reviews that you have problems with, since I understand the appeal of pure aesthetic or wish fulfillment stories), but anything besides that is as much as a projection as just giving a constructed opinion. I also have a difference with your perception of what a review is, but I suppose that your definition is more correct than mine. In my case I don't really read reviews to look for a recommendation, but to have a different outlook about the anime itself, which I guess you can tell by my reviews.

Now, there are some fallacies in your argument. To explain it I will use my Takt review, since my Otome review pretty much have 2 entire paragraphs of praising it and my Takt is more skeletal since I wanted to make it more entertaining after watching the dull first 4 episodes. In your comment you are saying that I don't praise the aesthetic and design, which is wrong, because I start my review by saying "the anime invited us to watch a visually appealing anime, but while it does so in one way or another because the animation is pleasing to look at", and my critique against the character start with a praise of their design. I could explain why they are attractive and why the animation is pleasing to look at, but I didn't want to extend myself in something that doesn't really add anything, like I didn't dwell into the plot inconsistencies, or many other negative aspects that I found are just a byproduct of the nature of Takt itself. I tend to try to be concise and make the read pleasing, since that is something that I don’t really find that much in this site.

You are also saying that I don't talk about the anime itself, which is also wrong. I start my review by making a remark about what people would expect about the anime, which is the premise itself. I didn't describe the premise because the own review guidelines are against it, but if you read the premise you can tell that my second paragraph is a critique against the way the music (A main theme) is portrayed in the anime, and my third is about how the character behavior and characterization lacks anything out of interest in an already flawed premise. My conclusion is also that the plot and characters are just derivatives of something else (I implied that the anime itself is just a derivation of Shingeki no Kyojin, but I didn't want to go to overboard with that because Shingeki no Kyojin is for sure a derivation of something else)

I'm pretty sure that if my review wasn't negative you wouldn't go to overboard by misinterpreting them, but I also don't care. Read the review of Citizen Kane of Borges, and tell me if it fits your perception of what a review should be, or is it more of an extension of the film itself?

Gween_Gween Nov 8, 8:31 PM
I just simply don't see an anime or anything as a mere sum of components, but as a holistic representation of an idea. That idea could work or not for me, that idea could be executed well or not, and that is the game for me, to understand what they were trying to portray, understand their position and intentions and see how it plays with my own framework of reality. My way of doing reviews is proposing an idea about what I feel about the anime, grab positive and negative aspects about it, and conclude tying the different ideas

Now, I can see how that isn't really as helpful for someone trying to get into the anime if the review is negative, but I try to always praise something about it (In Takt the aesthetic and design, is there something else to praise there? In Otome the execution of the romcom genre), but obviously imply why I consider the anime as a failure. The person reading the review should be able to tell if they care or not about that negative aspect. When the movie of Joker arrived, many critics felt disgusted with the concept and moral projection of reality that it presented and did the reviews with that in mind, were they objective? Probably not, since you can see the ambiguity of a moral review

I see reviews as something where you should say why the anime worked or not for you, you can't do anything else. If you try to play objective and do an objective review, that review will be inherently flawed because it is a projection of what you consider is good or not, or to say in other words, it will be extremely filtered, because it is not only your perception of what is good or not, but also your perception of what is good for others and not. Two bias. There is nothing good and unique that can come out of that. I can do a positive review about some garbage anime because I know that people that like that kind of anime have garbage taste, but that would be a double assumption from me. I would need to know what are the aspects that they like about it, and I would need to assume that they would like it regardless of the negative aspects.

It also strange to say that I didnt talk about the anime at all, did you want me to do the classic "Explain the plot word by word and give an observation" that some people do?