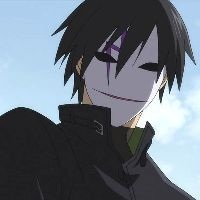 Vi- Yesterday, 7:44 AM
Yes, most likely, Sugram >.< Many people tend do dislike an anime unfairly.

Vi- Aug 6, 4:48 PM
I haven´t yet, Sugram. But soon I will. Just realized the mean score is sooo low xD Eitheir way, mean scores should not be taken for seriously, also there are big chances I enjoy cause I didn´t like ReZero much >.< I mean, there were a few times where I did not enjoy the main series much but enjoyed their spin-off or side story xD

Vi- Jul 24, 8:39 AM
Yes, looks like to be a curse. When he used that "uncursed" skill he briefly gained her normal body again (of his hands).

I have been wondering, how come Ariane is a DARK ELF instead of ELF? O_o

Yes, I have read his review, it very over exagerated. I would call that review a lie. Defntly it´s not what the anime actually is. Sincerely, reviews like that should be removed cause it´s clearly deviating of what the anime truly is.
There are some other reviews of his that I agree with him, but others aren´t good reviews.

LoL that really back fired hahaha
Curiously how many girls have complex of thei boobs, in animes (specially) and also in real life some times. I am myself who also is able to enjoy the flat justice! Hahaha it´s cute yet appealing haha

Vi- Jul 17, 10:23 AM
And talking about OverLord, Sugram, have you watched Gaikotsu Kishi-sama, Tadaima Isekai e Odekakechuu ? I had good amount of fun watching that anime.

It´s very different from OverLord, the only similar thing is that both main characters are OP skeletons and it´s an isekai.

PS: I have read your other paragraphs but not much to add. Just wish Watashi, Nouryoku wa Heikinch had second season; enjoyable animes overall < 3

The last episode of the 3rd season we had something more convicing but still not solid.

Tensei; I agree with you. He´s lazy yet he´s inteligent enough to manage to overcome the bad situations they are in xD I loved Zeno; she´s a fighter and cool; but then she´s is also a pretty lady - I like both of her roles.
I also don´t really think it´s a harem; but probably it will have a bit the taste of harem if Zeno stick together with Ouji and Nimyn. Ah! There is also Lowelmina, she´s also amazing < 3

I have watched Kemono Michi: Rise Up. I don´t remember much but considering i rated 6/10 I probably enjoyed a decent amount xD

Watashi, Nouryoku wa Heikinchi watched as well. I also don´t remember much -until I watch again a few scenes - but I rated 7/10 which is a good score < 3 I love how it´s all girls anime, always plus for me.

Haha good Overlord clip. Albedo is a bliss to watch.

I am still sad how I loved season 1 but I didn´t like seasons 2 and 3 at all =(
You still enjoy OverLord in general as the 1st season?

Vi- Jul 11, 8:00 AM
Hahaha same here. I was a bit bullied when in highschool; girls would bully me a bit more. It was not freguent, but that would happen here and then. They were not heavy bullies, but still enough to make me bothered and sad.

Hahahaha Takagi-san, if I had a crush on her I would not mind keep playing her games even though it meant a loss every time hahahaha talk about a loser guy... hahahaha lol

hahahahaha I am usually very shy at first, but if the person is a nice person and makes me confortable when around her, soon I would get more relaxed specially if we built a friendship. So at this time I would no hesitate go for the kiss if she tried to test me out xD

Takagi-san is enjoyable, but becomes kinda repetitive and somewhat boring over the time, specially because there is already 3 seasons (36 episodes >.< ). I think the key is not to bingewatch (as I did >.<). But if I were to not binge watch, I would have probably forget about Takagi-san after some episodes.

The first 2 episodes I thought "oh~ this is actually kinda heavy" but good it had the comedy scenes to refresh things out.

Then, I soon started to enjoy a lot the anime and I actually enjoyed how the romance factor was nice; maybe even better than some focused romance animes. The fanservice aspect was also a very nice touch.

YOFUKASHI NO UTA is from this very new season, right? I am yet to know the new animes, after I finish watching the ones from this last season. Hope there are lots of yuri new animes xD

I heard of that in Aharen-san they kept dragging out the romance. So whenever something was about to happen, something else happened spoiling the romantic/serious momentum, as expected from romcoms though >.< It´s still frustating if the comedy is not good enough.

Hm, so you have started Senpai is Annoying.
Based on what you said for me I better not watch Aharen-san. I mean, it would probably be just another fine-ish anime for me.

In Senpai is Annoying, Touko and Souta relationship was more interesting in my opinion, felt more natural.

I did see you quoted my comment there about Natsumi xD
I enjoyed her a lot but that relationship with the shota really made me angry hahaha But don´t mind me, I get overexcited at times like that and I might end up saying a few strong words in those comments, but I swear I am a nice person haha xD

I dropped Genjitsu Shugi Yuusha no Oukoku Saikenki after some episodes, I personaly found it to be boring >.< (5/10)

BUT, curiously there is a similar anime that was released in the next season and I truly ended up enjoying, called Tensai Ouji no Akaji Kokka Saisei Jutsu (8/10)

It´s curious how similar animes might give very different level of enjoyment.

Nekopara I did enjoy that anime! It´s the kinda of slice of life anime which usually enjoys me decently. No guys, good ecchi and interesting (not boring scenes); anime like that are usually solid-good watch for me < 3
Would be nice 2nd season, by the way < 3

Aharen-san wa Hakarenai I confess I read the synopsis and watched the trailer and after that decided to not add to my list >.< I feel like it´s similar to "My Senpai is Annoying" (did you watch that anime by the way?).
It´s not I did not like "My senpai is annoting" is just that It was a fine-ish anime and for some reason I feel like Aharen-san is probably same.
What do you think? They are similar to each other?
I read what you wrote by the way.

Is it worth watching?

I see it has a relatively good score.

What is different from the usual romcom? (Small spoilers are Okay; just the small spoilers xD).
Or is it just good without any special reason?

Did you watch all seasons in a row?

I enjoyed a lot season 1 and 2, but I have mixed feelings about season 3 =(


PS: Just noticed you quoted me there xD I will read it

Sugram22 May 11, 11:14 AM
have u seen Shinka no Mi: Shiranai Uchi ni Kachigumi Jinsei, its hilarious

Vi- May 6, 2:08 PM
Yes~ there are few scenes where they imply they had sex. They don´t focus much into that and there is a few jokes here and there after they did it, making it harder to take them seriously xD (and I actually prefer they don´t take it seriously; it´s more easygoing to enjoy).

Now, did you realize how much the author-san enjoy making the MC killing girls? O_O I wonder if author-san has any grudge against girls in real life lol xD

Vi- May 3, 6:02 PM
Hahaha I wonder if there will be another season of Arifureta. I hope the 3rd season is less dramatic when compared to the 2nd.

Arifureta is a rare anime where the harem works, somehow.
He keep saying he loves Yue, but I really can´t feel a diferent connection between both of them. I dont mind that though. Just a curiosity.