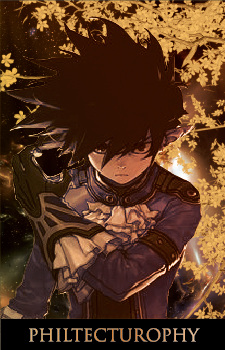 BrightFlashLight Oct 13, 4:27 PM
It just means I will never figure out roughly your true age.

BrightFlashLight Oct 13, 12:48 AM
I did give you my honest opinion. It is however, quite hard to believe that the photo is only taken last year. After all, your profile bio is pretty impressive. You don't have to send me another photo, I doubt I can picture this properly.

Don't worry about the last statement in my previous comment. It's just a joke.

BrightFlashLight Oct 12, 9:10 PM
I certainly don't think that it's you. Personally, your profile bio makes you sound older than you really are and your picture source is nowhere to be found anywhere else. I can only imagine you took that photo in the past.

Why will you ask me this when it's obvious you wanted praise.

Meusnier Jul 8, 4:47 AM
This impressive naming sounds a bit daunting though fascinating. About the links between mathematics and architecture, I had read this article which may be of interest to you:

"Effectively, in founding the Nexus conference series and the Nexus Network Journal I founded the discipline of architecture and mathematics, although I didn’t realize it at the time, hadn’t set out expressly to do that, and wouldn’t have dared to if I had thought of it." Kim Williams, Twenty Years of “Nexus: Architecture and Mathematics” 1996–2016.

How many times did he say "I", "me" and "myself" in the article? I hope that not all architects are that pretentious. Even the very flattering metaphor that ‘‘architecture is frozen music’’ seems to displease the author. I had never heard about this metaphor before, but imagining freezing something like the finale of the Symphony No. 2 of Brahms is an exploit that remains to be performed in my opinion. If it were to be possible or desirable of course. That reminds of the interesting article of former pianist and Austrian mathematician Christian Krattenthaler (link). I think that you may find particularly amusing the comparison he made between Fig. 1 and Fig. 2. page 2.

Thank you for not saying that mathematicians are useless haha. Users of black boxes are way more dangerous if you ask me. They are even numerous among mathematicians...

Meusnier Jul 5, 10:13 PM
So you must know a lot about architecture, that is interesting. I always wanted like to learn about how people did in the past to construct theaters or churches with excellent acoustics that we might not even be able to reproduce today. I spent some time myself doing computer programming (formal computations, and things related to statistics or image processing as a student). I had heard some day a computer scientist saying that in the future, you might ask a computer program to check if there was a proof of a theorem in less than 100,000 symbols (say; you could use LaTeX to formalize this idea). I hope that I will never see this moment happening haha. In the meantime, I will keep laughing at people who say that we do not need mathematicians since we have calculators (even in the boring scenario above, it will be necessary to have people able to understand theorems...).

Yes, I am working, but still in mathematics, so I use most of the fields I mentioned to various degrees.

Yarub Jul 5, 6:28 PM
Can you create a rough sketch or mathematical diagram of what you just said? I like things to be shown to me in Cartesian plane.

Meusnier Jul 5, 2:26 PM
I see, that sounds interesting, what kind of mathematics do you use mostly now?

I basically like everything about mathematics, excepting the most dull aspects of algebra (as presented in Lang's Algebra treatise in the last chapters for example, but diagram chasing is fun though). I do not really like terse writing in mathematics, and that may explain my dislike of some subjects too. I like analysis (especially complex analysis) and PDE, but also differential geometry, algebraic topology, algebraic geometry (complex side), analytic number theory (who does not like modular forms?), etc. Mathematical relativity is amusing too. Combinatorics always felt a bit dry to me though, as if it was just a collection of tricks in Olympiads problems.
All Comments