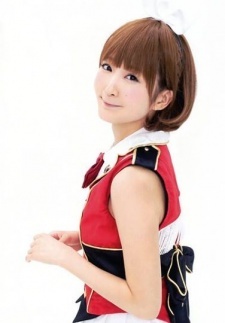 I'm watching Parasyte and Psycho Pass season 2 and Donten ni Warau 8) and when I catch up on Yowamushi Pedal, Grande Road. What about you??

Thanks but I cleaned them up a little ^^; I got a bit passionate

oretatsu-yabe Oct 6, 2014 2:58 AM
omg from what manga does thy signature hails from? it made me bark a laughter in my room all alone and now my parents probably think I need help welp :-3

I've never actually watched any sports anime, but I did start watching Free! because at the time I was on a swim team and I thought that an anime about swimming would be a good way for me to get into watching anime. I guess I'm a bit disappointed that there isn't as much swimming as I expected, but there's also the factors of how it examines the relationships between friends and how important our connections to other people are.
I think if it was just about swimming, I actually might not be as interested because now I've had the chance to develop sympathies for all of the characters, who have grown into ones with more realistic personalities. Though I guess if you prefer anime that's really only about playing sports, then Free! might not be the type.

What were you looking to see in Free!? I'm a bit interested now because you mentioned what you were searching for wasn't shown in the second season.

D'aw thank you! I never go back to czech replies to my forum comments xD I'm much too lazy. Honestly, I actually never expect that anyone reads them [ it's a lot of text, and I've gotten a few complaints about how my coding makes it difficult to read ], it's more of a way for me to analyze the episode, and usually when writing those comments, I realize things myself about the episode that really contribute to my understanding or view of it.

I think, aside from all the muscles and bishounen and shipping and gorgeously animated water, as everyone else would talk about, I place a value on how much the show emphasizes friendship. Last season was a good introduction to the characters, but this season brings out more multifaceted personalities. Everyone is different now- Nagisa's sad past is something that I share the almost exact experience with, Rei is shown as someone who's determined to keep the team together and to become a better swimmer, Makoto is more of a team captain and not always the nice guy, and Haruka is trying to help people and he's discovering that he enjoys competing. There are a lot of changes and I think it really is great that in this season, they diverted from just making the basic "tsundere" Haru, "shota" Nagisa, etc. So while KyoAni did stick to some anime tropes as a basis for the personalities of many characters, they also built on them and put in aspects that many anime wouldn't contain.

Additionally, I started watching Free! partly because it looked like a cheerful, innocent anime. However, even though in the first season, it was just that, now, it's really different. We see angst, and relatable scenarios, like when Makoto reaches out because he wants to catch up to Rin and Haru, but he knows he'll never be able to follow his best friend. Their kind of friendship is something he desires, because they can do what they love without either of them holding the other back; while as for Makoto and Haru, if Haru decides to go swim competitively, either his guilt about Makoto will keep him from doing so, or Makoto will lose a friend.
The second season really plays more on the emotion, and experiences, that, at least for me, don't seem like something realistic until you actually think about it [ for me, this occurs when writing my lengthy forum posts ], and then suddenly it hits you. Something similar happened in your life too. [ or maybe this is just me haha ]

While Free! is still not the best anime I've ever seen, I think season 2 is a massive improvement on season 1, which I enjoyed but thought needed some more depth besides fanservice and angsty Rin. If I didn't write forum comments, I probably wouldn't really enjoy this season because I wouldn't be analyzing it, just looking at the surface of the water. But when I have fifteen minutes to think it over, there's really a lot to be learned and seen in Free!.

Of course, maybe I'm just thinking about things way too deeply. And I didn't want to talk too long about Free! hehe; when I start writing, I never stop. I guess, if you want to know more about my opinion on Free!, czech out my forum posts. I post something for every episode and they've been progressively more and more analyzing emotions and not what really happens in the episode.