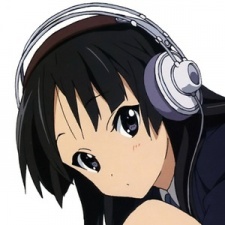 Atikal Mar 6, 2012 8:59 PM
i get the feeling i know you from somewhere.... do you by any chance cosplay as Keiichi at SacAnime and Fanime?

I saw in your profile that you like Keiichi Maebara from Higurashi no Naku Kuro ni. I would like to invite you to the
*Psychotic Maniac Killers*

It is a club where all we all share interest in liking Sadistic and Psychotic Killers!
If you don't want to join or already did then please ignore this message. I'm really sorry if you had recive similar comments like this by me. I'm really sorry. Mi_Feng Jun 28, 2010 5:47 AM
Hey Keiichi! Its kind of late, but it was nice to meet you at Fanime! Hopefully next year for the Higurashi meetup, I'll have Rena finished!

I look on your favorite chara list, is it Yui and Mio there. But if you just can choose one of them, which one will you choose? ("Just for fun" question XD )

Nah, I see you like K-ON and Fullmetal Alchemist! ^^

aghartian May 4, 2010 4:08 PM
Hey, welcome to MAL. I just read your K-ON review. Don't wanna be picky, but those girls are aiming at Budokan, not Bokudan xD This will help you memorize it, lol. Some guys from your hood.